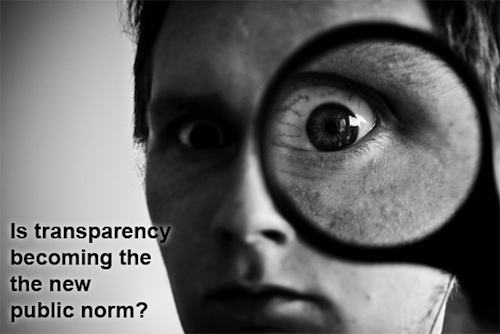 On March 24th, surveillance cameras at the Taylor Made Jewelry store in Akron, Ohio captured the startling image of a red SUV crashing through the front windows with two masked men jumping out, smashing display cases, and stealing over $100,000 of jewelry in less than 2 minutes.

Both men are seen grabbing what they can from the cases, jumping back into the SUV, and speeding away.

While many young people view this smash-and-grab robbery as the perfect crime with little chance of getting caught, future technology will haunt them the rest of their lives.

Future video technology, much like what is being used by TSA at airports today, will enable investigators to “see behind” masks and clothing and expose the criminals for crimes that were committed 20, maybe even 30 years earlier.

While this kind of technology seems appropriate for uncloaking heinous criminals, people are far more reluctant to shop in stores if they think some voyeuristic cameras are capturing them “naked” walking through the store.

In this brief example we can clearly see how the same technology used to protect us can also be misused in thousands of different ways. 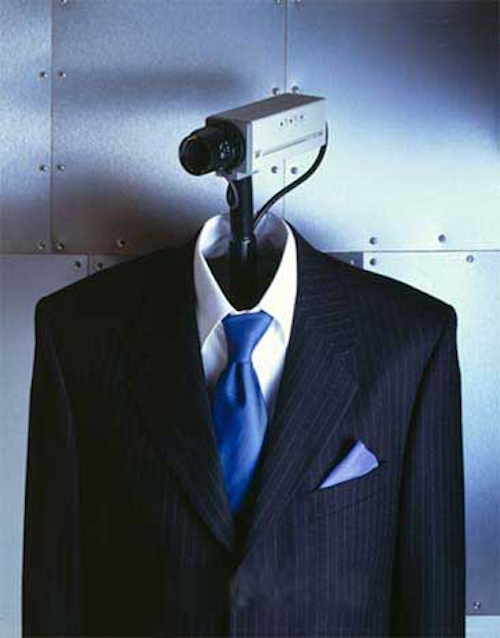 Most people like the idea of instant video footage magically appearing if someone mugs us, pulls a gun, and steals our money.

But most of us will also object to videos being used to aggressively enforce less serious crimes like wrongfully parking in a handicap spot or speeding on a remote stretch of highway.

However, this discussion is not just about video surveillance. Humans are emitting far more than visual data, and every cellphone, tweet, and Facebook entry is leaving a digital trail that smart people all over the world are beginning to leverage. 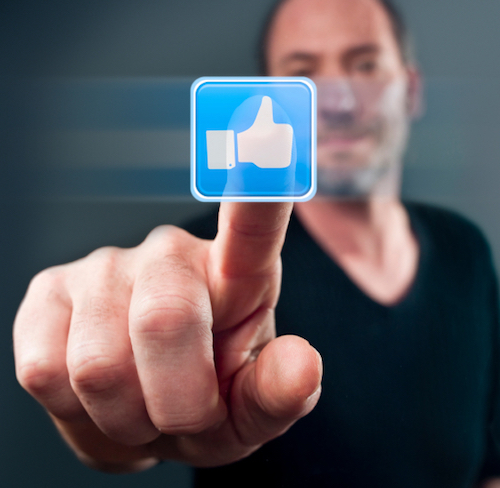 A Society of Sharing

There are many benefits to living life in public. It pushes us into social acts and into connecting with other people, even in subtle ways. When Flickr began, cofounder Caterina Fake said that they made the decision to “default to public,” to go against the presumption and precedent of all the earlier photo services. By making them public and by tagging them, users could find other people’s photos, with similar interests, and they could even find friends. Open sharing allows us to join up and do more together than we could alone.

According to Jeff Jarvis, Professor at New York University and author of the book “Public Parts”:

“We are sharing for good reason—not because we are insane, exhibitionistic, or drunk. We are sharing because, at last, we can, and we find benefit in it. Sharing is a social and generous act: it connects us, it establishes and improves relationships, it builds trust, it disarms strangers and stigmas, it fosters the wisdom of the crowd, it enables collaboration, and it empowers us to find, form and act as publics of our own making.”

“For individuals, sharing is a choice; that is the essence of privacy.”

“Facebook’s founder, Mark Zuckerberg, told me that before the net, we had “privacy through obscurity”. We had little chance to be public because we had little access to the tools of publicness: the press, the stage, the broadcast tower (those proprietors were last century’s 1%). Today, we have the opportunity to create, share and connect, and 845m people choose to do so on Facebook alone. Mr Zuckerberg says he is not changing their nature; he is enabling it.”

Does fear of humiliation prevent you from sharing?

In an interview with New York Times’ columnist Tom Friedman, Google’s Eric Schmidt jokingly suggested we should be able to change our names and start fresh at age 21.

We have all had our moments of youthful indiscretion. For many of us, it doesn’t stop in our youth.

But what exactly are we afraid of? What are our greatest fears associated with living our lives in the open?

According to Jarvis, “What’s insidious about the fear of what others will say is that you rarely hear them say it. You imagine what they’d say. You imagine they care that much about you. The fragility of our own egos gets the better of us.”

However, there are legitimate fears that most of us have from over exposure. So what exactly is it that we fear most?

These fears are not without merit. The wealthier we become, the more likely we will become a target of some sinister plot.

There is great money to be made on both sides of this debate and major forces are lining up to take advantage of these differing opinions.

The asymmetry of knowledge (where one party has more knowledge than the other) has been the cornerstone of our economy for all of recorded history.

In a 1970 paper titled, “The Market for Lemons: Quality Uncertainty and the Market Mechanism,” economist George Akerlof first introduced the concept of information asymmetry.

He explained the economic advantages of when a seller knows more about a product than the buyer.

As Akerlof explains, there are good used cars (“cherries”) and defective used cars (“lemons”). Because many important mechanical parts and other elements are hidden from view and not easily accessible for inspection, the buyer of a car does not know beforehand whether it is a cherry or a lemon. So the buyer’s best guess for a given car is that the car is of average quality.

For this reason, the buyer is only willing to pay the price of an average quality car.

This means that the owner of a carefully maintained, never-abused, good used car will be unable to get a high enough price to make selling that car worthwhile. Therefore, owners of good cars are less likely to place their cars on the used car market. The fewer number of good cars reduces the average quality of cars on the market even further, causing buyers to revise downward their expectations for any given car.

Akerlof, Michael Spence, and Joseph Stiglitz jointly received the Nobel Memorial Prize in Economic Sciences in 2001, all for their research related to the economics of asymmetric information.

As a counterbalance to this, transparency becomes a powerful tool.

In the very near future, sellers will not be able to hide defects, make unsubstantiated claims, or overcharge for non-essential and non-time-sensitive goods and services.

You may say that the auto industry has been dealing with this since the beginning of the Internet, and that they have somehow survived the onslaught of commodity pricing. You may also think that online auto sellers and brick & mortar dealerships have reached equilibrium. However, this is not true.

The sticker price on a car has nothing to do with the price the dealer is paying, neither does the invoice price. If it did, there wouldn’t be any car dealers. Do you really think you can run a car showroom making $25 per transaction?

According to a recent column by DigitalLiving editor Shelly Palmer:

“When you are looking at a Samsung 46″ HDTV Model number UN46D7000LFXZA at an electronics retailer, then take out your handheld device and search the web, you will instantly find it at a significantly lower price. You know it is exactly the same unit you are looking at in the showroom. Can the brick & mortar retailer match the online price? Will it? As this problem gets bigger, retailers are going to be highly de-incentivized to purchase inventory they cannot sell at a profit.”

“If retailers don’t stock items, manufacturers will have to perfect just-in-time inventory. They will (many already have). But what will become of the post-4G retail store? How will the retail environment have to adapt to be relevant in a world where everyone who walks-in has instant access to the lowest price, free shipping and no tax from an online vendor? Buyers already know more than sellers about the features and benefits of products – the web is the perfect tool for that – what does the retail store or showroom have to offer? How will manufacturers adapt production and finance to accommodate the change?”

“Now, let’s expand this idea to every other business we can think of. As we move towards transparency, retail transactions certainly get tougher, but service businesses get hit just hard.”

“If the job of a service professional is to transfer the value of their intellectual property into wealth, how much will transparency hurt?”

According to Mark Zuckerberg, “Transparency increases integrity.” His entire business model for Facebook is oriented around society’s growing embrace of transparency.

Nowhere in society are our values shifting faster than when it comes to our thinking about privacy vs. transparency. But we are still in the middle of this evolution so we have no way of fully embracing the “new norms” to live our lives.

So were do we go from here?

There are several “unfinished pieces” that will leave us in limbo for the foreseeable future.

First, the technology of transparency has not stabilized. Technology is moving quickly and may never be fully complete.

Video cameras are improving in resolution, and will soon have additional capabilities. Where once they were limited to grainy black and white images silhouetted against a fuzzy background, videos today are improving on almost every front.

Future video technology will have the capability of seeing through walls, into buildings, and even watch us while we sleep. This can be a good thing, but in the hands of the wrong person it turns into a disastrous thing.

We are also a long ways from establishing a well-structure public policy around personal privacy. Any laws created around today’s thinking will need to be constantly updated to better mirror our evolving sense of right and wrong.

We can understand this better if we look at the economics of perversion. If only one person has photos of a naked celebrity, it becomes a valuable commodity. If you can find the same photos on 10,000 different websites, the value of that photo approaches zero, and our thinking about perversion suddenly shifts along with the proliferation. Nakedness becomes the new norm.

At one time, selling alcohol was illegal until we decided it was ok.

Selling marijuana is still illegal, but as a society, we are on the verge of changing those laws as well.

Many of our fears are framed around the old notions of right and wrong, legal and illegal. As those standards change, how does this cause us as a society to reframe our lives?

As I bring this discussion to a close, I am probably leaving you with far more questions than answers. But to those rare people who can find the answers, answers that everyone will embrace, a golden opportunity awaits.