Over the past decade, Futurist Thomas Frey has built an enormous following around the world based on his ability to develop accurate visions of the future and describe the opportunities ahead. Having started seventeen businesses himself and assisting on the development of hundreds more, the understanding he brings to his audiences is a rare blend of reality-based thinking coupled with a clear-headed visualization of the world ahead. Predicting the future has little value without understanding the driving forces behind the trends, subtle nuances that can be leveraged, and implications for both the people directly affected in the industry as well as others farther down the technological food chain.

Before launching the DaVinci Institute, Tom spent 15 years at IBM as an engineer and designer where he received over 270 awards, more than any other IBM engineer. He is also a past member of the Triple Nine Society (High I.Q. society over 99.9 percentile). 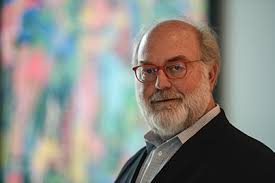 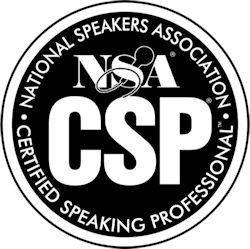 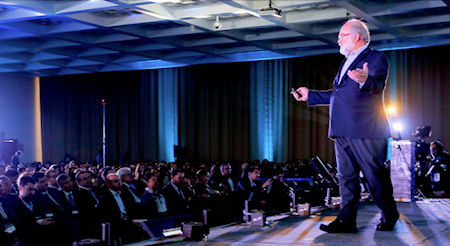 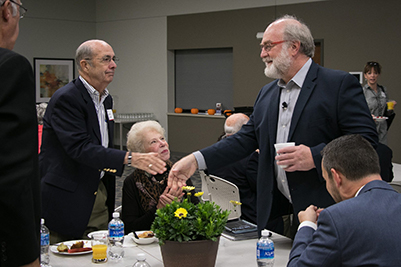 Thomas pushes far beyond the limits of conventional wisdom, often talking about extreme futures and building intriguing “what if” scenarios as a tool for discussing far reaching implications. His presentations not only stretch the imagination but also challenge current thinking.

Tom’s thought-provoking dialog and intense delivery enables audience members to grasp new possibilities and concepts while comprehending the salient touch points he presents. New ideas have a way of infusing audiences with energy and Thomas has the uncanny ability of touching on the most poignant trends, invigorating everyone who attends.

All talks are custom tailored to mesh with the goals of the event organizers as well as those who attend. While his mind may have been traveling to the far reaches of the future to put your presentation together, he’s very much present, ready to tackle the immediate challenges your audience faces, when he takes the stage.

Forever a student of the world, as his talks take him to many countries around the earth, Tom has developed original insights and first hand experiences that go far beyond the conventional stories of others. His talks provide up to the minute worldwide scientific data along with expert global trend forecasting.

While it’s easy to wallow in the trouble filled underbelly of life, Thomas sees every problem as an opportunity and keeps all of his talks positive and upbeat, steeped in the wonderment of possibilities. These opportunities are every cloud’s silver lining, and we truly do have spectacular futures and fortunes that lie ahead.

When hiring a professional speaker, one of the key differentiators is the audience experience. Thomas not only comes to each talk loaded with just the right amount of humor, candor and motivation, but also emotes tantalizing information bits, provocative knowledge and innovative ideas that people can immediately use to gain a competitive edge in their field.

The many facets of Thomas Frey’s Life-Changing Audience Experience include: 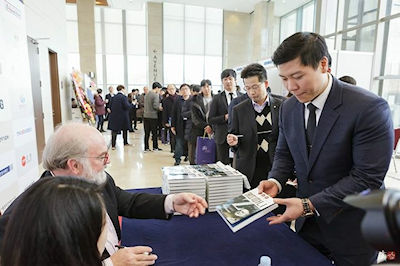 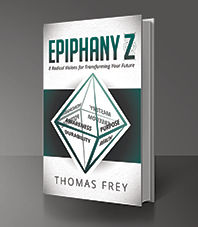 His long anticipated book, “Epiphany Z: 8 Radical Visions for Transforming Your Future” is captivating the attention of a whole new generation of forward thinking business leaders. Epiphany Z is a dynamic approach to envisioning, comprehending, and ultimately thriving in the radically different futures emerging around us at the speed of light. Frey’s unparalleled ability to detect emerging trends from the smallest of clues gives him an edge on other futurists.