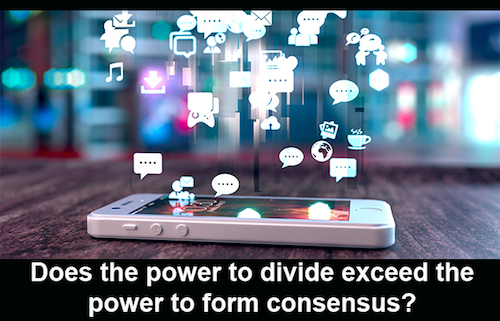 Wael Ghonim was a young computer engineer working for Google in Egypt when he became a central figure in the events leading up to the Arab Spring in 2011.

In early 2011, Wael created a Facebook page titled, “A Revolution against Corruption, Injustice and Dictatorship,” and the number of followers quickly mushroomed.

In just a few days, the invitation reached over a million people, and over 100,000 people confirmed attendance, on January 25th, his fellow Egyptians flooded the streets of Cairo, calling for change, breaking down the barrier of fear and announcing a new era.

But then came the consequences.

After a few hours, state police shut down the Internet and all telecommunication lines. They also kidnapped Wael and held him in total isolation for the next 11 days.

For Wael, this was the most inspiring and empowering moment of his life. It was a time of great hope. Virtually everyone in Egypt lived in a state of euphoria for the 18 days following the Mubarak resignation.

However, their post-revolution euphoria quickly faded as they failed to build consensus about what to do next. The political struggle that followed led to intense polarization and social media only amplified the problem, by facilitating the spread of misinformation, rumors, and hate speech.

As Wael recounted that period of time, “The environment was purely toxic. My online world became a battleground filled with trolls, lies, and hate speech. I started to worry about the safety of my family.”

Political divisiveness reached its peak as the two main factions – army supporters and Islamists – took to the streets in the middle of 2013.

Activists like Wael suddenly found themselves caught in the middle feeling helpless. “Both groups wanted you to side with them; you were either with them or against them.”

On July 3, 2013, after three days of protest demanding his resignation, the army stepped in and ousted Egypt’s first democratically elected president. 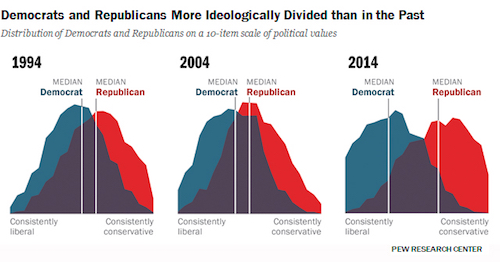 A recent Pew Study concluded that 39% of consistent conservatives and 30% of consistent liberals tend to drive the vast majority of political discussions. These are the people that talk about politics often, and others turn to them as an authoritative voice of information.

Not surprisingly, as our online awareness increases so does our ideologically consistency. Some of the study’s findings included:

Robin Dunbar, the Oxford professor of evolutionary psychology that had previously concluded that humans could only maintain 150 close friends in their life, has just completed a new study, and that number appears to be dropping.

While the average Facebook user he studied had around 150 friends, he found that they only had 14 friends they considered to be “close” friends and only 4 they would turn to in a time of crisis.

He concluded that most online friendships are only superficial. While extended networks are indeed valuable for things like finding a job, recommending an auto mechanic, discovering a good restaurant, or fun things to do in Aruba, these are not the people you’re going to call and say, “Hey my mom is dying.”

Dunbar further determined that social media doesn’t actually help us expand our circle of friends, but it may help some relationships from dying off entirely

While extensive “friend networks” may give the impression of massive influence, the true nature of this kind of influence tends to be shallow and reinforcing rather than mind-shifting and game-changing. 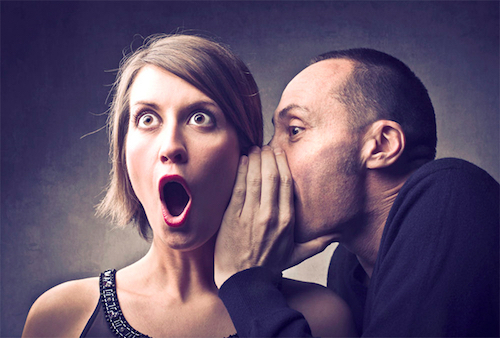 Over the past couple years, Wael has spent considerable time trying to ferret out the root cause behind social media’s polarization problem. Here are the five critical challenges that he feels need to be addressed.

For social media companies, the polarization problem is more than a little obvious. The solution less so.

Broadcasting a message is easy. Cultivating a thoughtful stand takes time, as every engagement requires human effort, personal attention, and emotional commitment, all of which are in short supply.

Was the message ever intended to supersede the messenger?

As humans we tend to be buoyed by sensational headlines, controversy, and matters of life and death. Good headlines come from the extreme edges and anything that can generate fear has a way of captivating our attention.

For many of these reasons we seem to be caught in a centrifuge of mind-spinning commentary as we feel the emotional center for most schools of thought drifting towards the edges.

Is there a way to create an autonomous checks-and-balance system to offset the natural schisms formed by public commentary? Is it possible to mute the whisper campaigns, rumormongers, and echo chambers being triggered by the ideologically correct?

More importantly, do social media companies recognize this as a problem, and are they working on a solution?

← The 1,000-Revenue Stream Lifestyle How Long Before a Robot Chef Beats an Iron Chef? →