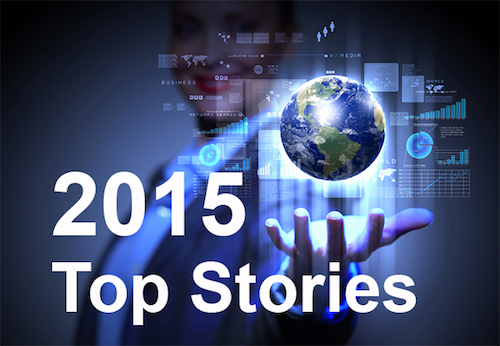 2015 saw 42 new unicorn companies ($1B+ valuation) take center stage, the most ever, and a clear indication that the scalability of Internet will redefine the business landscape for generations to come. For this reason, no industries are safe, nor should they be.

Many are anxiously awaiting drone delivery from companies like Amazon, but few realize the vast majority of drone delivery will happen on the ground rather than in the air. Also, look for Uber to enter the package delivery business in a big way in 2016.

Sensor technology is hot and the Internet of Things is becoming an active proving ground for new technologies, with “smart” technologies getting into bragging rights issues over who’s smarter.

Few people have confidence that their jobs will still be around ten years from now and most are scanning the emerging tech landscape thinking of how to reposition their careers in fields they find more interesting.

Our new home for the DaVinci Institute at 9191 Sheridan Blvd, Westminster, CO is beginning to take shape and our new coworking offices and Micro College coding classes are filling up. Coworking is becoming big business with over 20,000 now dotting the landscape in the U.S. So look for ours to unfold in unique and interesting ways.

With that in mind, here are the 2015 columns that attracted the most attention over the past 12 months. 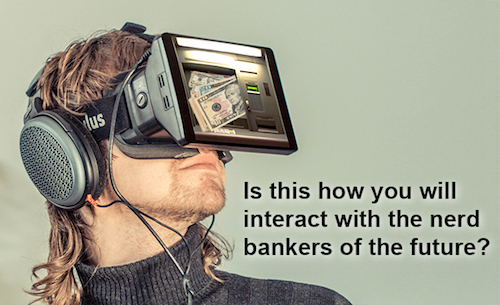 10.) The Day the Banking Industry Died

Like many businesses of the past, the money world focused on people with money, leaving countess millions either unbanked or under-banked. But in a highly connected world, where every consumer has networks, influence and value, eyeballs count.

As an industry that had been artificially propped up with innumerable laws and a banker-friendly political system funded by banker-friendly rich people, the final days were delayed far past the time when the first foot entered the coffin. But all industries will eventually end, and this is the story of this one. 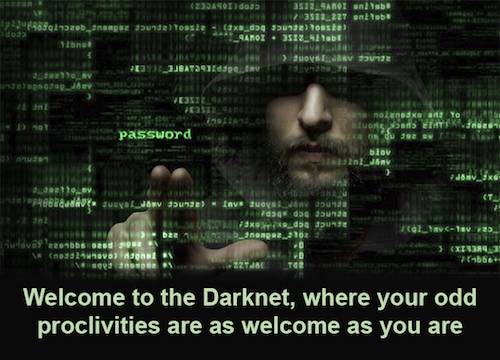 9.) The Future of the Darknet: 9 Critically Important Predictions

Even though this tends to be an experimental playground for the dregs of society who manage to skirt the law with impunity, it’s unleashing some critically important innovations in the process.

Here’s why the benefits of the darknet will soon outweigh the downside, and nine significant predictions for the future. 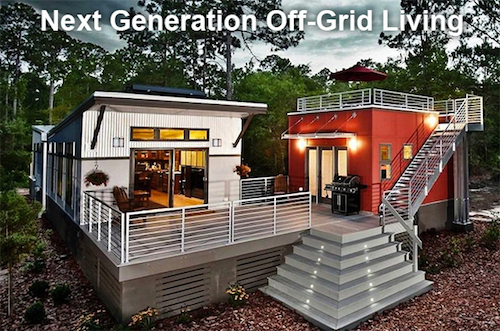 Three recent innovations are causing a shift in design thinking, making it far easier for people to become part of the off-grid living movement. The innovations include energy storage for the home, solar-powered Internet drones, and atmospheric water harvesters.

As some point, most of these structures will be designed and produced with some form of 3D printing in a matter of hours.

These advances will give us the tools for creating each of the inputs without wires, pipes, or infrastructure, and managing the outputs without polluting the surroundings. 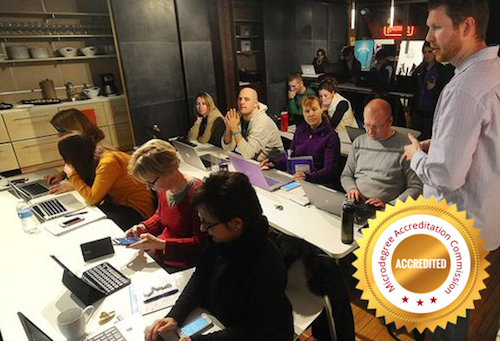 7.) Technological Unemployment and our Need for Micro Colleges

Technology is automating jobs out of existence at a record clip, and it’s only getting started. But at the same time, new jobs are also coming out of the woodwork.

Bold companies making moves are instantly triggering the need for talented people with skills aligned to grow with these cutting edge industries.

In these types of industries, it’s no longer possible to project the talent needs of business and industry 6-7 years in advance, the time it takes most universities to develop a new degree program and graduate their first class. Instead, these new skill-shifts come wrapped in a very short lead-time, often as little as 3-4 months. 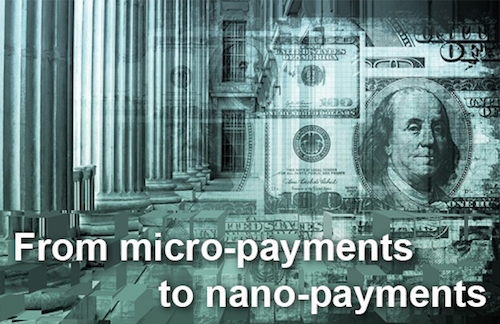 6.) Going Beyond Micro-Payments to Nano-Payments

Over the past decade, micro payment schemes have created successful business models around charges less than $1. As an example, Google’s AdSense charges advertisers as little as a few cents for every click of their ads.

It’s only recently that we’ve been able to consider much smaller charges, even less than a penny.

Here are just a few ways these seemingly insignificant payment schemes could become a big deal in your future. 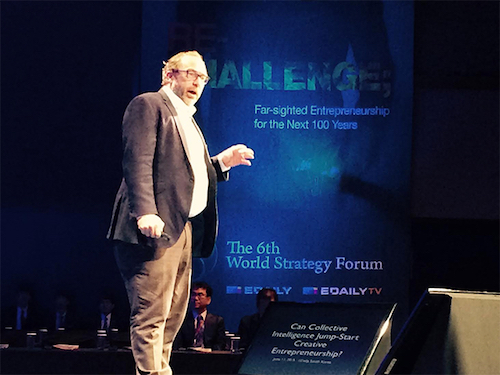 5.) The Future of South Korea

Even though South Korea received the highest possible ranking in the 2015 Bloomberg Innovation Index, the country is better defined as a “fast follower with great secondary innovations” rather than one that spawns “unicorn companies with primary innovations.” But that description may not be true much longer.

In just a few short decades, this tiny country has gone from being dirt poor and technically primitive to one of the wealthiest and most technically advanced in the world. Framed around a super aggressive culture that permeates virtually every aspect of Korean life, the entire country seems determined to not only reach the top, but go far beyond what anyone else dreamed possible. 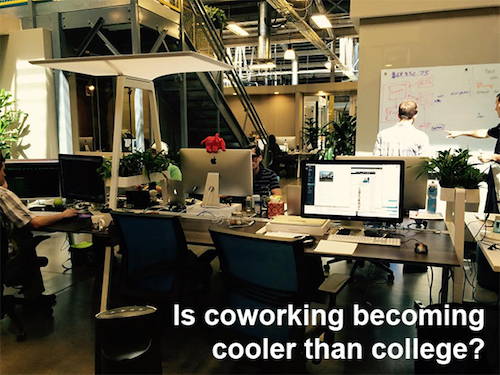 When I first brought up the idea of coworking taking over colleges, it seemed like an absurd notion. But there is a secret reason that very few people are grasping.

At first glance, the highly structured ivory towers of academia seem to be on the opposite end of the spectrum from the unstructured anything-goes world of coworking. But the more I thought about it, it seems inevitable that the two are on a collision course. 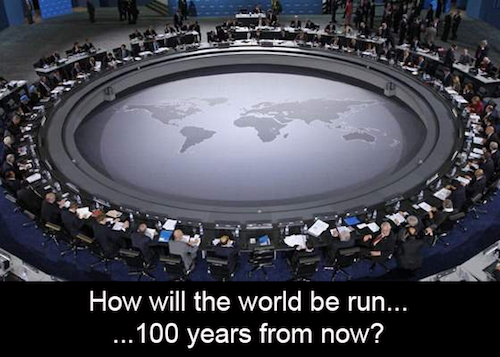 3.) What Comes after the Nation State? – Fractal Governance

Since 1648, countries, operating as nation-states, have become the most powerful entities on the planet. With large militaries to defend their interests and advanced monetary systems to build infrastructure, countries have become complex organisms with self-adapting properties.

However, when Internet started providing borderless connectivity, we began seeing national systems transition into global systems. As the need for borders became less clear, traditional ways of defining a country began to erode and the value of citizenship, less defined.

So what comes next? Are we on the verge of yet another shift in global entities? 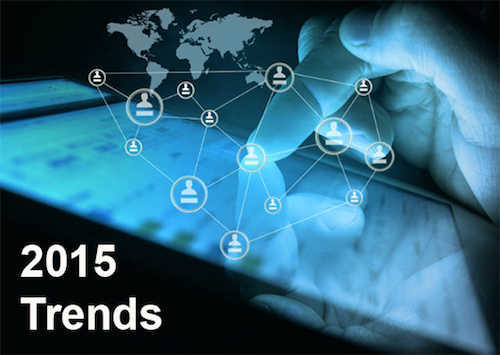 2.) 12 Emerging Trends that Everyone Missed at CES

In so many ways, CES sets the tone for the global economy, with tens of thousands of private meetings being conducted in the background forcing more deals to be cut in a shorter period of time than virtually any other event on the planet.

Walking across the exhibit floors is quite a mind-expanding experience. Since I tend to use a radically different set of lenses to experience this show, I walked away with some rather unusual perspectives.

For this reason I’d like to mention twelve of the trends that everyone seemed to have missed at CES. 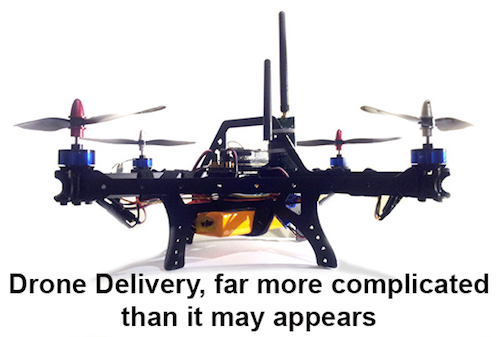 1.) 37 Critical Problems that need to be Solved for Drone Delivery to become Viable

Early stage drone delivery will require a pilot for every package, making it an expensive option. Not only will pilots need to navigate their way to the destination, they’ll need to handle the empty return flight back as well. Eventually this will be automated, but it’s not a simple task.

After considering many of these current deficiencies, I thought it might be helpful to begin listing some of the key technical, system, and regulatory challenges that lie ahead. At the same time, every problem creates an opportunity, and the sooner our emerging drone entrepreneurs learn how to capitalize on these problems, the sooner we’ll see this industry take off like many of us are imagining.

With that in mind, here are 37 near-term issues that will need to be solved.

As a professional speaker, my talks have once again taken me all over the world, and over the past year I’ve been to Auckland, Wellington, Majorca, Amsterdam, Antalya, Toronto, Seoul, Jeju, Oslo, Mexico City, and far too many places in the U.S. and Canada to list here. I’ve shared the stage with some amazing people at some amazing companies. While I do have some speaking topics listed, every talk is custom tailored to the audience I’m working with. I love working on unusual topics, provided they fall with my main focus of “technology-driven change.”

My newest book is getting close and should be released early in 2016. Considerable effort has already been put into this new manuscript and will have some unusual concepts for all of us to debate.

The overall readership on FuturistSpeaker.com has more than doubled over the past year, setting the stage for some terrific opportunities that I’ll be talking about soon.

Wishing you and your family an abundant 2016.

← The Trillion-Sensor Movement Twelve Critical Skills for the Future →