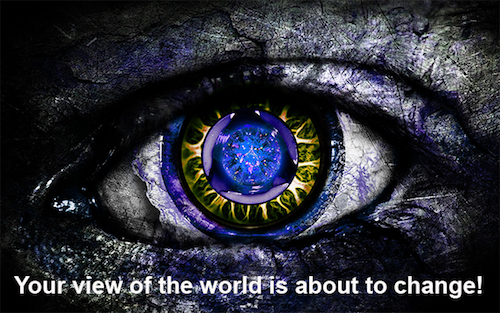 When was the last time you called a repairman to work on the mattress for your bed?

At a recent hotel stay I found myself sleeping on a Sleep Number bed that seemed to adjust itself in the middle of the night. At times I’d wake up on a totally deflated bed and others it would be rock hard. Rather amusing, but not really very comfortable.

Naturally the value of a hi-tech bed is diminished when you lose sleep over it, and have to pay for repairs.

Next generation hi-tech beds will have ways of detecting failures remotely and will either alert the owners and schedule a repairman, or the bed will simply repair itself.

The same is true for any number of common household items that will soon have digital features added to them like spoons, forks, plates, shoes, coats, belts, scarves, and hats.

At first blush it’s hard to imagine why anyone would need a better spoon, but once digital sensors enter the picture, it will be hard to imagine how we got along without them. In the future it will be commonplace to have a spoon that tells you if your food is safe to eat, or what the temperature is, calorie count, ingredient list, dietary facts, and much more.

In fact, once digital spoons appear in the stores, the overall market for spoons will suddenly quadruple overnight. Flatware manufacturers will see an instant spike with hundreds of millions of new spoons, knives, and forks sold every year.

But the utility of these utensils will boil down to a few tiny new sensors that produce added capabilities.

The reason why adding sensors to common everyday items like spoons is so attractive is because it’s a known market with existing manufacturers, vendors, and consumer.

We are now set to reach the trillion sensor milestone somewhere between 2022-2024, but the center of activity for this projection will happen around ultrahigh volume sensors like those I mentioned for spoons.

Since sensors are expensive to develop, the quickest path to profitability is through products with high volume sales. To help you imagine where we’re headed with this emerging new industry, I’ll step you through four of today’s more imaginative uses for sensors and touch on 64 more possible uses.

In October of 2013, Janusz Bryzek, an executive at Fairchild Semiconductor, hosted the first ever “Trillion Sensor Summit,” an event designed around creating a roadmap for achieving the world’s first trillion sensors.

The 250 attendees, representing 100 companies in 40 different countries were focused primarily on the market for ultrahigh volume sensors, the ones in highest demand that could be efficiently produced.

As an example, the first iPhone in 2007 came with only five sensors – proximity sensor, ambient light sensor, accelerometer, magnetometer, and gyroscopic sensor.

With sensors on smartphones doubling every 4 years, we should anticipate over 160 sensors on every phone in 2027.

With annual smartphone shipments projected to reach 2 billion in 2020, any new sensor that makes it as a standard issue feature will be part of this enormous 2 billion phone market.

Similarly, any sensor that becomes standard issue on every car will claim their piece of the 111 million-unit car market in 2020.

The same will be true for kitchen appliances like toasters, blenders, refrigerators, and freezers; or clothing like hats, shoes, shirts, and pants; or everyday products like Band-Aids, toothpaste, shampoo, and hairspray.

Breakthroughs in sensor technology are now happening very quickly due to advances in material science, data analytics, 3D printing, and a broadening array of tools for doing research.

Since sensors are expensive to develop, many of the new technologies are targeted at health-related applications for faster returns on initial investments.

Ingestible Stethoscopes – Recently MIT announced one of their research teams had developed a stethoscope that can be swallowed. This pill-sized device comes armed with sensors to measure your heart rate and breathing as it passes through your gastrointestinal tract.

Using a tiny microphone like the one in your smartphone, this little device can listen to your lungs and separate inhale-exhale sounds from that of your heart.

Being a new product, the actual market potential for ingestible stethoscopes is still unknown. But if it becomes a common substitute for medical checkups, numbers could mushroom quickly.

Cosmic-Ray Moisture Sensor – An Albuquerque-based company, Hydroinnova, has developed a cosmic-ray sensor to measure how many neutrons are in the air, and that information translates into how much water is in the soil. A measurement with a low amount of neutrons indicates a high amount of water is present in the soil; a high neutron count suggests a low amount of moisture.

As the mobile sensor unit moves across a farmer’s field, it takes a measurement every minute and reads a 1,000′ radius circle, from about 1′ into the ground. Essentially, it takes a CAT scan of a field to measure neutrons and soil moisture. The rate of coverage depends on resolution, but on a 2.5-acre grid, the cosmic-ray neutron rover scans 4,000 acres per day.

Edible Food Sensors – Scientists at Tufts University have engineered a silk-based material into a fully chewable food sensors. Pasted onto eggs, stamped onto fruit or floating in milk, it can warn you when your fruit is too ripe, or when your milk has gone sour.

The silk film doubles up as the sensor’s glue, turning sticky when exposed to water. The sensor is then pasted directly onto the food that needs tracking, eliminating the need for additional glue to keep it clinging to the surface.

In the past, our sensor market was focused on a few key points of detection like heat, light, moisture, humidity, barometric pressure, proximity, rotational movement, and chemical composition.

Even though these forms of detection will continue to make up a significant percentage of the sensor market in the future, the real potential for ultrahigh volume sensors will unfold in thousands of different ways.

Here are 64 examples of how the sensor market may unfold over the coming years.

We are all concerned about what new kind of danger might be lurking close by.

Shoes are one of the primary interfaces between our bodies and the physical world, just like chairs, beds, and pillows. 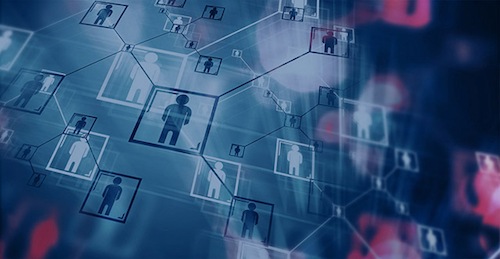 At one time or another we’ve all found ourselves in the middle of the dating scene, and virtually everyone wishes it would be easier.

In any agricultural setting the role of sensors can range widely. On one hand, sensors used to monitor pests like birds and squirrels that eat the plants, can be used to trigger a sound frequency that irritates the vermin and causes them to leave. In other cases, the right signal could be used to attract friendly birds that feed off of harmful insects.

The process of receiving information and turning it into a useful skill is still very much a mystery. While we know a few things that work (some of the time), the education process itself remains a crude, imprecise exercise. The right combination of sensors can indeed add some useful metrics to work with.

Crimes come in many shapes and sizes. Here are a few thoughts on how future sensors can be used to alter the criminal landscape.

Whenever an incident happens in a city of the future, their first response will be to “get eyes on it.” This will not only mean cameras, but sensors as well. 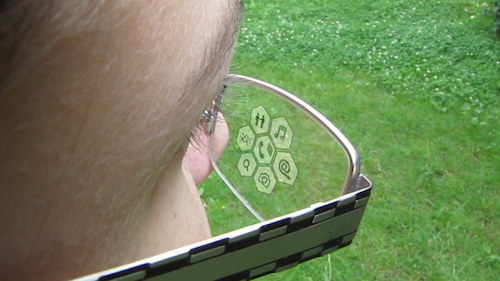 With sensors becoming very inexpensive, tiny, and easy to mass-produce, we will soon see them embedded into paints, varnish, and other coatings. We will soon have information coming from virtually every surrounding surface – sides of cars, sides of buildings, our clothing, and our homes.

The next time you need to determine the optimal level of crispness, smoothness, or ripeness you will probably use a sensor.

Engineers will use sensors to determine things like light seepage, sound seepage, or thermal seepage.

Doctors will use sensors to analyze things like restrictive hair growth, genetic predispositions, causes for hearing loss, and allergic reactions.

Sensors are about to enter our lives in a far bigger way than most of us can imagine, and the opportunities that are about to unfold are truly endless.

If you care to count them, we will reach our first trillion sensors on planet earth in about 6-8 years. Personally, I can’t wait!