Inventing Our Next Great Scarcities 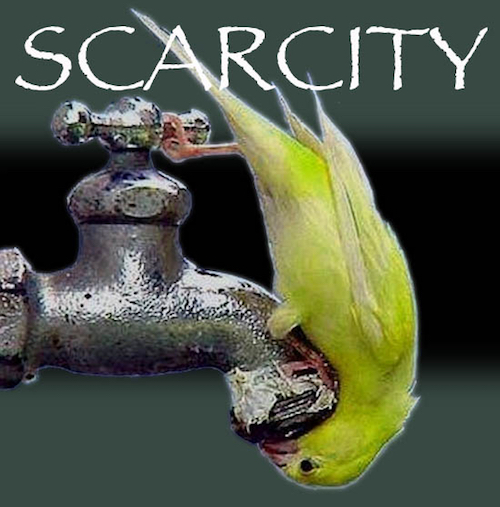 Scarcity is defined as an economic condition that arises when people have far greater wants than the available resources. Most often we think about the limited supplies of natural resources, but it includes far more than that.

While momentarily shaken by this political posturing, Japan quickly reassessed its situation, launched a global search for new rare deposits, established recycling centers to extract the metals from old electronics gear, and cut a deal with Australia, who ramped up their supply of the minerals to meet Japan’s needs.

As a result, the demand for China’s rare earth minerals has since plummeted as they instantly branded themselves as the “untrusted supplier of last resort.”

The scarcity in this situation wasn’t the supply of minerals. Rather, it was a momentary shortage of creative problem solving, something the Japanese are very good at.

Even though the Internet has turned the world of scarcity on its head, there are tons if imbalances yet to be mined and turned into profitable businesses. These imbalances are what gives society it’s forward motion, turning problems into opportunities.

To understand the scarcity-abundance phenomena, it helps to look at historically scarce products that somehow lost their pricing advantage.

The scarcity-abundance shift only happened on rare occasions up until the advent of the Internet and electronic commerce. Over the past decade, the World Wide Web has caused this type of shift to happen on a far more frequent basis. Startup visionaries are now scouring the entrepreneurial landscape daily to see where the next great imbalance may occur.

The greatest disruptions in business have happened when something previously in short supply has suddenly become abundant.

Access to world news was once very scarce, but is now widely available. Our access to global music, movies, traditional and alternative medicines, as well as higher education were all once in short supply, but now are widely available. So what’s next?

The best way to spot future targets is to look closely at existing revenue streams and assess the level of discontent among customers. In the past, I’ve used what I call a “customer abuse index” to determine which industries have the most abusive relationships with their customers. A high customer abuse index indicates a company or industry begging to have its financial legs knocked out from under it.

As another piece of the equation, Governments will have far greater difficulty protecting industries the way they have in the past. Our global economies are creating unusual ways for ingenious thinkers to circumvent traditional restrictions and regulations.

So what areas of life will maintain their pricing integrity and remain “abundance proof?”

The most obvious one is time. We run up against some hard barriers when it comes to increasing the available amount of time we have in a single day. Yes, we can make ourselves far more efficient and squeeze in a few more accomplishments. Perhaps we’ll even be able to clone ourselves some day, but we still have temporal limits we cannot ignore.

Our ever evolving information world is enabling us to construct hyper-individualized service offerings to tap into our personal wants, needs, and desires like never before.

In his famous “hierarchy of needs,” Abraham Maslow has given us some clues as to the higher order needs that each of us, much like a moth to a light, are uncontrollably drawn towards.

Here are eight far less obvious areas of scarcity that will continues long into the future:

1.) Moments of Inspiration: What’s it worth to finally see the light in a world of darkness, or find a cause in the middle of a directionless career? True inspiration is not just a famous quote on a digital image, or a motivational speech delivered by a gifted keynote speaker. Rather, genuine inspiration is something that touches each of us in a deeply personal way. This unusual form of scarcity could be a golden opportunity waiting to happen.

3.) Save a Life: The opportunities for someone to rescue a child from a burning building are infinitesimally small. But each of us dreams of being a hero, and people can save lives in many different ways. So how can lives be saved in less obvious ways, and in a manner that let’s others participate?

4.) Finding Hope: Watching the TV news often makes it very difficult for the rays of sunshine we so desperately need to shine through. In fact, our increasing awareness of problems happening all over the world is causing increasingly high levels of “compassion fatigue.” More than ever, we need hope. If you have a unique way of supplying it, the demand is huge.

5.) Personal Safety and Security: We’ve all felt it at one time or another, some nagging fear lurking in the background that something’s not right. This fear is not unfounded. Each of us as heard countless stories of people being attacked or injured at a time they all least expected it. Safety and security is something we all strive for, but it means something entirely different to every individual. Even incremental improvements may be the scarce commodities that people will pay dearly for.

6.) Individual Status and Influence: We often find ourselves mired in din of 10 million voices all struggling to be heard. The likelihood of us being heard is directly proportional to the perceived status and influence we evoke with the people around us. This constant struggle to climb even a few rungs higher on the ladder of success might be the piece of scarcity that your next venture can tap into.

7.) Fulfill a Dream: As we get older our list of unfulfilled dreams becomes even longer than our Santa wish list when we were kids. Over time, our fondest wishes become rusty old memories in a life filled with countless regrets. But some dreams are far easier to achieve than most of us imagine, and any business that can make them happen will be in huge demand.

8.) Forge a Meaningful Relationship: Is it just me, or has the entire world lost its “true north” in the relationship-building arena? We are all social creatures by nature, and we all need social interaction. But finding someone to craft a truly meaningful relationship with is seemingly becoming as elusive as winning the lottery. If you have the solution, the entire world is waiting to hear about it.

The scarcity portion of each of these examples may be both fleeting and transient. Yet each has the opportunity to somehow tap into our inner spirit, locate our personal demand switch, and turn it on.

If you can’t see the “unusual competitive advantage” each of these could bring, keep looking. The opportunities are definitely there.

The list above is certainly not exhaustive, but it is designed to help inspire thinking about finding opportunities around which businesses can rally in the future. Many of these will be easy to find, but other will come painfully slow.

Businesses built on innate scarcities will thrive, but at the same time, disruptive companies that find ways of turning scarcity into non-scarcity will also flourish.

The scarcity-abundance shift does not ignore the laws of supply and demand – it somehow changes them. Perhaps new laws are in order.

Inventing Our Next Great Scarcities