The Rise of the SuperProfessor 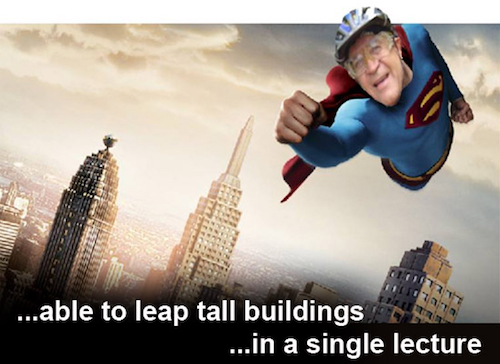 For colleges and universities, the great age of experimentation is now upon us.

The Minerva Project recently announced it will become the first elite American University to be launched in over a century, at the same time, transforming every aspect of the university-student relationship. The Ronin Institute is promising to reinvent academia, but without the academy.

The University of the People (UoPeople) is the world’s first tuition-free online university dedicated to the global advancement and democratization of higher education.

In addition, iTunesU, Khan Academy, Learnable, Udemy, Codecademy, Udacity, and a number of other online courseware providers are offering their own approach to next generation learning.

But somewhere, lost in the middle of this battle of the institutions, are the lowly professors upon whom these organizations were built.

That is about to change and here’s why.

As the student loan bubble nudges ever closer to a financial implosion, and the flow of information on the Internet disrupts every traditional delivery mechanism, a number of questions begin to surface.

Will online learning diminish the face-to-face community that is the heart of the college experience? Will it elevate functional courses in business and marginalize subjects that are harder to digest in an online format, like philosophy? Will fast online browsing replace deep thinking?

Colleges and Universities carry with them considerable inertia. They have long-standing traditions, huge alumni networks, solid brands in the minds of consumers, and are more durable than corporations. Many have lasted centuries and are still going strong. Most have integrated themselves into their respective communities with multiple funding tentacles, often benefiting from massive State-funded budgets and intense fundraising operations that extend around the world.

People attend colleges for many reasons including a desire for a better job, a sense of personal accomplishment, to improve their resume, status and prestige, build relationships, and to have fun. However, all of these reasons boil down to one overarching motivation – the quest for a better life.

Over the years colleges have evolved from a simple place of learning into a vast array of potentials. In the end, classrooms and teachers are only a tiny portion the collegiate experience.

Ironically though, most of these touch points have been relegated to “all that crap that happens outside the classroom.” College friends, parties, social events, and all the other “stuff” provides many more of the ingredients for college being a life changing experience than all those fact-cramming lectures could ever hope to achieve.

Yet credits are only given for completed courses.

Typically, young people begin the process at age of 18 and exit between the ages of 22-24. As they leave, they are not only better educated, but also more mature, with a new circle of friends, and a cadre of stories that will frame their thinking for the rest of their lives.

Over the years, the “rules of the game” have been erroneously written to exclude the value of the experience, thereby giving undue advantage to both low-cost and minimal-experience providers. With college costs spiraling out of control, students are rightfully asking, “What’s the cheapest way to get a diploma?”

Much like Henry Ford’s “control everything” approach to building cars at the River Rouge Plant where raw materials were brought into one end and finished cars rolled out the other end, colleges have maintained tight control over virtually every aspect of the academic food chain happening on their campus.

Professors are carefully recruited, classroom times and schedules are thoroughly planned, courses are tightly prepared, degrees are strategically framed around in-house talent, and academic accomplishments are meticulously positioned to help brand the experience.

For this type of system, the days are numbered. The walled gardens of academia are loosing their walls.

Institutions who have professors locked under contract offer few options for extending influence beyond the traditional publishing route. That is changing with the availability of online courseware.

As an example, iTunesU, started in 2007, currently has over 1,000 Universities participating from 26 countries. Their selection of classes, now exceeding the 500,000 mark, have had over 700 million downloads. In addition, they recently announced they were expanding into the K-12 market.

However, even when colleges start playing catch-up, offering Internet-based courses, the professors tend to get left out of the decision-making process. In most cases, courses are little more than a video camera in the back of the room fraught with low production values and irrelevant lengthy diatribes.

Professors are also being left out of marketing decisions, personal branding campaigns, and how the intellectual capital of their life’s work get’s disseminated.

Universities can always add more professors, but an individual professor has a limit to how much they can produce over a lifetime. And that’s the nugget of scarcity that professors will demand greater control over in the future. 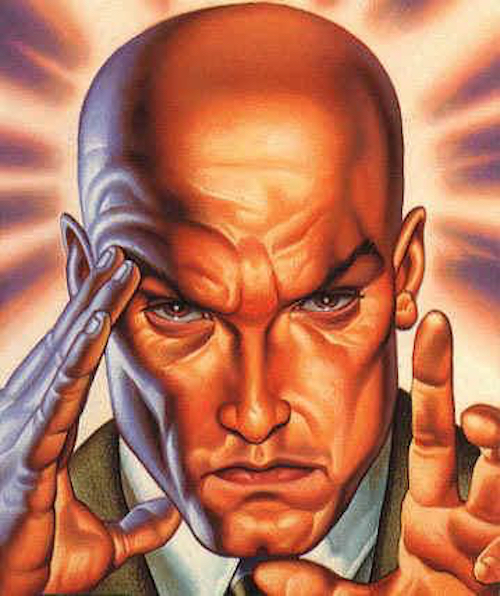 The “SuperProfessors” designation was officially launched in 2011 by the academic social network site, FacultyRow.com.

People they judge to be worthy of the SuperProfessor title come from a peer-reviewed group of academics that consistently demonstrate excellence, passion, and clarity, throughout their academic careers.

“Technology is beginning to stratify academia” according to FacultyRow expert Steven Lewis. “We are convinced that leading educators, or SuperProfessors, will become increasingly valuable going forward. Student classrooms and expert knowledge will continue to become global on a massive scale.”

Currently there are 4,000 professors who have applied for the official 2013 SuperProfessor Award.

In much the same way the Nobel Prize rose to prominence in the early 1900s, FacultyRow hopes to set the stage for uncovering the best of the best in college faculties. 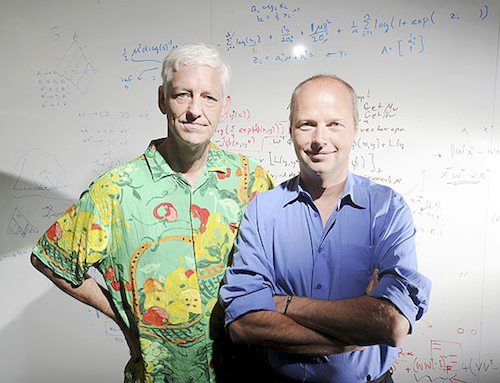 Last fall when Stanford professors Sebastian Thrun and Peter Norvig offered their class, an “Introduction to Artificial Intelligence,” to anyone who had a web connection, something amazing happened. Over 160,000 students, two thirds of whom lived outside the U.S., enrolled for the class.

As a way to deal with the huge numbers, lectures and assignments, the same ones administered in the regular on-campus class, were posted and auto-graded online each week. Midterms and finals had strict deadlines.

Much of the course’s popularity can be attributed to the celebrity status of the professors. Sebastian Thrun headed up the Stanford team that won the DARPA Grand Challenge in 2005 and currently serves as the head of Google X, a lab created to incubate Google’s most ambitious and secretive projects. Peter Norvig is the Director of Research at Google.

While the Stanford brand played a significant role in the popularity of the course, it was the celebrity status of the two professors that made the course go viral.

This course served as a Woodstock-moment for academia.

In addition to academic prowess, future SuperProfessors will be ranked according to attributes like influence, fame, clout, and name recognition.

Future criteria for winning the FacultyRow SuperProfessor designation will likely include benchmarks for the size of social networks, industry influencer rankings, and gauges for measuring effectiveness of personal branding campaigns.

But college courses can be much more than an expert talking in the front of a room. If the same college courses were handed them off to television producers, game designers, or mobile app developers, we’d see radically different approaches to making the material fun, interesting and engaging. Look for this approach in the next generation of online programming.

People most effective at producing courseware in the future will have complete production studios staffed with video crews, interactive experts, gamification mavens, courseware experience specialists, usability teams, outcome testers, and much more. Leading the operation will be a celebrity SuperProfessor who name extends far beyond traditional classrooms to the hearts and minds of nearly everyone on the planet.

Even though the Stanford class taught by Sebastian Thrun and Peter Norvig had over 160,000 students enroll for their class, a mind-numbingly high percentage of those students, over 137,000, dropped out before completing it.

Thrun predicts that in 50 years there will only be 10 universities left standing to deliver courses. Look for over half to be gone by as early as 2030.

Currently we are seeing a tremendous duplication of effort. Entry-level courses such as psychology 101, economics 101, and accounting 101 are being taught simultaneously by thousands of professors around the globe. Once a high profile SuperProfessor and brand name University produces one of these courses, what’s the value of a mid-tier school and little-known teacher also creating the same course?

As Ball Corporation executive, Drew Crouch puts it, “Education is definitely moving from a history of scarcity to a future of abundance. Just like Gutenberg freed the written word, the Internet has freed information.”