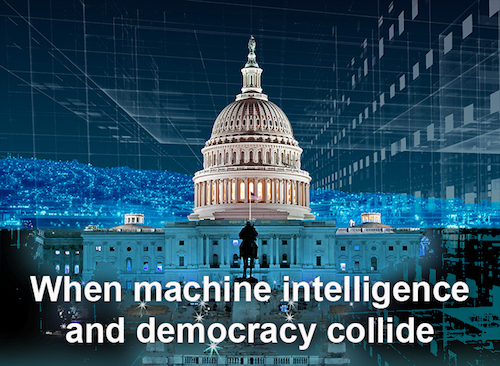 There’s a big difference between what a person wants and what they need.

On one hand we need healthy food, a good night’s rest, and decent medical care. But a little voice inside our heads has us craving dinner at Gordon Ramsay’s, an overnight stay at the Ritz Carlton, and a spa weekend at the St. Regis in Aspen to fix whatever is wrong.

The same is true with countries. There’s a big difference between what a country wants and what it needs.

While we may need better roads, schools, and playgrounds, we want others to pay for them. And while we need elected officials who can make the best possible decisions, we tend to vote for candidates who are good looking and make us feel better.

Our wants and needs are vastly different creatures constantly pulling us in opposite directions.

In fact, many of us are addicted to our wants. A drug addict has an unquenchable thirst for drugs, a Facebook addict is always checking their phone, and a sex addict can never get enough.

The irrational mind may live next door to the rational mind, but together they form contradictory arguments inside a rather dysfunctional neighborhood in our own heads.

So how can we possibly make better decisions and create a better world if all we have to work with is defective humans?

At the same time, our understanding of AI is changing. Most of the things we thought of as AI in the past were little more than sophisticated forms of computer programming.

However, along with advances in technology, the latest strategy for AI developers has become, “Don’t model the world, model the mind.”

When AI researchers “modeled the mind,” they created systems capable of learning increasingly complicated things about the world around them.

Since 2012, a specific machine learning technique called “deep learning” has permeated the AI world. Researchers have abandoned the classical programming tricks-style of AI and switched to deep learning, because it works far better than any previous methodologies.

We’ve made more progress in the years since 2012 than in the preceding 25 years on several key AI problems including image understanding, signal processing, vocal comprehension, and understanding text.

Keep in mind that deep learning still isn’t true AI, the kind of sophisticated and adaptable intelligence humans exhibit, but it’s a giant leap forward on the path to getting there.

Naturally this raises a number of philosophical questions:

Should we use AI to Create Better Citizens?

One possible step towards integrating artificial intelligence with democracy will be to gamify the interface between people and government with something similar to customer loyalty programs, in this case by gamifying citizenship through a government loyalty program.

A system like this would effectively promote involvement, rewarding people for their role in creating a better functioning society. It would begin by asking questions like:

Rewards for top citizens could range from things like low interest loans, to lower taxes, free national park passes, less TSA scrutiny at airports, higher credit ratings, and maybe even favorable treatment in the event of a tax audit.

Perhaps the highest ranked citizens could even win a free night stay in the Lincoln bedroom at the Whitehouse.

With the right status, people may receive advance notification and priority rating when applying for certain jobs.

When it comes to jobs, AI will have the ability to determine your optimal career path by analyzing past experiences, inherent skills, and individual preferences, and do it in a far more efficient manner than any system we have today. 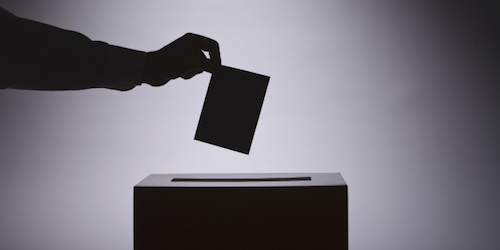 8 Reasons Why Democracy is Today’s Best form of Government

Democracy is far from perfect, but when it comes to running a government, it has a number of built-in mechanisms for promoting fairness and participation. Here are some of the reasons why those who advocate democracy view it as today’s best form of government.

There are no perfect systems and in many ways democracy still comes up short.

It would be easy to leapfrog our thinking towards a system where AI makes all of our decisions for us, but any process that reduces individual participation will be heavily scrutinized before we learn to trust it, and trust takes time.

Any system that reduces personal involvement will require years of testing before it’s implemented on a large scale. That said, here are a few ways it could greatly improve our processes:

Keep in mind that improving democracy and destroying it may very well be the same thing.

With AI, we have the potential to automate democracy as well as the entire decision-making process for government. Most likely this will involve a step-by-step process where each new level of automation is tested, refined, and retested before anything is implemented system wide.

Here are eight possible steps towards an automated-AI form of democracy.

Will AI result in an improved form of Democracy or something else?

When it comes to democracy, it’s easy for poor people to vote for more taxes on the rich, but in the U.S., it’s the rich who contribute the most to campaigns, so the two tend to counterbalance each other out.

Many view campaign contributions as a form of corruption, but so far we’ve not found any effective way of funding campaigns without tapping into rich people’s money.

At the same time, machine intelligence has quickly become a playground for creative minds, and even though we’re still a couple steps removed from what experts consider true AI, it has the potential to change our current systems and remove many of the built-in biases.

Over the coming years, enterprising people will try countless experiments to test new approaches for adding thinking systems to our governmental processes.

Democracy is destined to change, and with a host of emerging technologies already in the works for rewriting the rulebooks on parliamentary thinking, will soon seem like a very dated form of government.

Words like auto-democracy, democracy AI, and auto-governance will soon enter the public lexicon as we experiment our way towards something better.

But this will not be an easy transition. We will see the strongest resistance over concepts like “what constitutes better?” with many asking “better for whom?”

More importantly, how will we know?