128 Things that will disappear in the driverless car era

I started writing this column while I was in Manila, Philippines for a talk with UnionBank, one of the most innovative banks I’ve ever come across.

Driving across Manila is often a painful experience with far too many cars locking up all possible arterials, and nowhere near enough money to redesign and build the needed infrastructure. But this is not unique to Manila.

As I’ve traveled around the world, I’ve run into equally bad traffic in Istanbul, Rotterdam, Los Angeles, Seoul, Mexico City, San Francisco, Rome, London, Beijing, and Mumbai. In fact there are literally thousands of cities where bad traffic is a way of life.

Car companies have become very good at selling vehicles but few countries have anticipated them being this good at it.

A recent study by Morgan Stanley showed that the average car is only used 4% of the day, making cars an astonishing waste of resources. If all cars were to be on the road simultaneously, we cannot even imagine the chaos that would ensue.

For these reasons I’ve become enamored with the coming autonomous car era where many of todays problems get solved. However, going through the transition will be anything but smooth.

There’s a significant difference between a driverless car and a fully autonomous vehicle. We already have a number of vehicles on the road today with driverless features, but that’s only a small step towards the no-steering-wheel type of driverless car many are imagining.

Even though both Google and Tesla have predicted that fully-autonomous cars, the kind that Elon Musk describes as “true autonomous driving where you could literally get in the car, go to sleep, and wake up at your destination,” will be available to the public by 2020, that’s not the full story.

First generation vehicles like these will come with a variety of regulator issues and technical problems few can anticipate. But as with all early stage technologies, each of these problems will be dealt with as they arise.

In addition, being available and being commonplace are also many years apart.

While we are entering a game-changing transition period accompanied with a never-ending stream of industry hype, most of the changes listed below will happen after 2030.

Somewhere in the 2030-2035 timeframe we’ll begin to see highways designated as “driverless only,” allowing vehicles that can be switched into driverless mode.

A form of on-demand transportation is already happening with companies like Uber and Lyft. If we eliminate the driver, costs will plummet.

As car companies come to grips with a future that has fewer cars in it, they will begin changing their business model. Rather than charging for each vehicle sold, they will partner with fleet managers and charge for every mile the car is driven.

In a move to strengthen their financial position, car companies will begin to reduce the number of dealers, middlemen, and finance costs. This will put large fleet owners in an unusually influential position regarding car design.

Since the idea of fleet ownership and on-demand transportation tend to break down in rural communities, early use cases will spring up first in large metro areas. 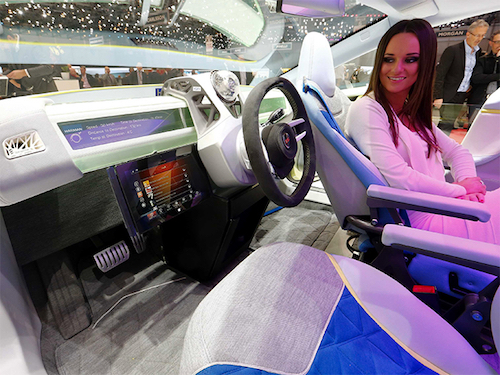 Over the coming decades, a number of industry-wide “epiphany moments” will cause business leaders to rethink the true scope of impact.

Early adopters will include Gen Z young people who will never feel the need to get a license and pay for insurance as well as Baby Boomers who don’t want to loose their freedom.

Adding to the early user list will be poor people, both legal and illegal immigrants, folks with DUIs, teenagers too young to drive, the directionally impaired, people who have lost their insurance, and many more.

Keep in mind these are changes that will take place over the next couple decades. In some cases we will see a car industry version of Blockbuster Video where all physical stores disappear. While some will disappear completely, others, like travel agencies, will be reduced to a small fraction of their former self.

Over the years I’ve developed a brainstorming technique called the “checkerboard” as a way to generate new ideas. It’s a very simple technique where I start with eight categories and list eight items in each category, enough to fill all 64 spaces on a checkerboard.

Below are a number of these lists to help you grasp the sea change ahead in the transportation industry.

Driving Jobs that will Disappear – The job of driving a vehicle is one of the most common jobs in the world today. Most of these will evaporate over the coming decades.

Other Jobs that will Disappear – Along with driving vehicles, the transportation industry has a huge number of supporting roles that will also vanish.

Specialty Vehicles – Virtually every vehicle that requires a human operator today will find itself competing with an autonomous version sometime in the future.

Farm and Equipment Vehicles – Agriculture has continually been on the forefront of innovation. Entering the driverless era will be no exception.

Construction Equipment Vehicles – Road construction and repair is a huge industry that will eventually be taken over by unmanned bots and drones.

Car Sales, Finance, & Insurance Industry Positions – As we move from owned to shared vehicles, much of the transportation economy will also disappear.

Miscellaneous Jobs to Disappear – We often forget how embedded our transportation culture is in today’s economy. Here are a few more of our soon-to-be-forgotten professions.

Vehicle Features that will Disappear – The inside of cars will look radically different once the driver is removed from the equation.

Vehicle Repair – Consumer-Facing Businesses – A significant portion of today’s retail and service industry is related to transportation. These too will begin to fade away.

Vehicle Maintenance – There are a number of businesses that keep our cars operational and looking good. These too will dwindle over time. 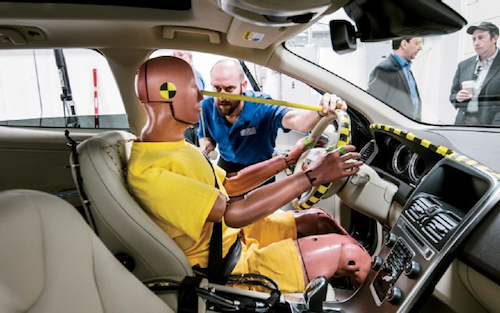 Driver Related Issues that will Disappear – Because of all the things that can go wrong in today’s congested traffic, many other issues will also disappear.

Parking Related Things – With cars today only being used 4% of the average day, we’ve had to build a massive parking infrastructure to accommodate both the long-term and short-term storage of unused vehicles. These will all lose their importance over time.

Courts/Justice System – In an autonomous vehicle era, most police departments will shrink to a fraction of their current size.

Highway Related – Future highways will not require near as many safety features.

Highway Repair – While we will still need to repair roads in the future, repair activities will no longer be a major impediment to the flow of traffic. 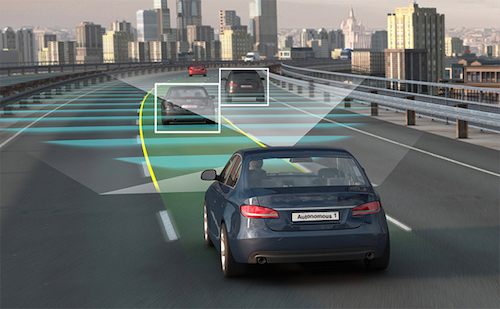 Elon Musk has predicted, over time, that lawmakers will decide that driving a vehicle is far too dangerous for humans, and most people will be outlawed from doing the driving themselves.

Following close behind autonomous vehicles on the ground will be a wide array of autonomous vehicles in the air including flying passenger drones. Even though it will be many years before “droning to work” will become a common form of transportation, we will eventually get there.

Many are already thinking about the systematic loss of jobs coming when drivers are deemed unnecessary. The part that’s receiving far less attention is the huge number of new jobs that will replace the ones going away.

Here is just a quick sampling of

Car designers today spend the vast majority of their time trying to optimize the driver experience. After all, the driver is the most important part of the ownership equation.

As we enter the “driverless era,” the focus will shift to the passenger experience. Fancy dashboards displaying dazzling amounts of information for the driver will become a thing of the past as riders fuss over on-board movies, music, and massage controls.

Some fleet owners will offer car experiences that are more conversational in nature, pairing socially compatible riders in a way to maximize conversations and improve the social environment. Others will stress the benefits of alone-time, offering a peaceful zen-like experience for those wishing to escape the hustle and bustle of work-life.

As we navigate our way towards a safer, more efficient society, we still have a few bumpy roads to go down before we see the light at the end of the tunnel.

As I’ve said many times, driverless cars will change transportation more dramatically than the invention of the automobile itself. I’m hoping this will help you understand why.

Author of “Communicating with the Future” – the book that changes everything.