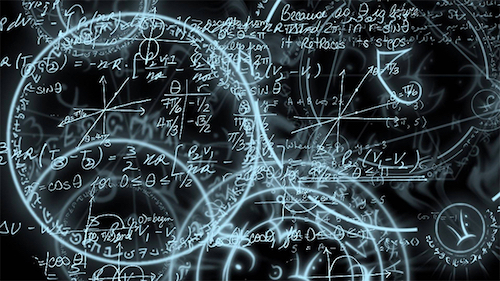 At a recent visit to our local hairdresser, my wife and I were informed by the enterprising young lady that she was no longer selling her line of retail hair products. Filling out the monthly sales tax reports had simply become too onerous, and the profits too small to justify the time.

This was not the first time I’d heard of someone “throwing in the towel” on their plans for selling products. Indeed this has become a reoccurring anthem among young entrepreneurs.

At the heart of our failing retail industry is a very broken sales tax system so complicated and confusing that a huge number of would-be merchants are simply choosing to avoid it altogether.

Without national legislation to create any kind of level playing field, individual states have cobbled together a patchwork system requiring some to tax even one-time transactions like garage and bake sales, while others require nothing at all.

Lost in all the sale tax finagling is the opportunity costs imposed by relentless form-filing, accounting requirements, and the stress toll imposed on enterprising merchants willing to attempt this minefield.

However, automation is a great enabler of complexity and the rise of blockchain technology, with its ability to drive transaction cost to something approaching zero, a whole new set of prospects are beginning to emerge.

Using a big picture perspective of the emerging technology landscape, here is my approach for solving our mind-numbingly torturous sales tax system.

Sales Tax History – How we got into this mess!

Most cities in the U.S. are funded through some form of sales tax, a system designed during an entirely different era.

Sale tax is paid by the buyer and collected by the seller, but a slew of new regulations have developed around which transactions are taxable and which ones are not.

At the heart of current problems is a 1992 landmark ruling by the Supreme Court that determined retailers are not required to collect sales tax from shoppers unless they have a physical presence in the state where customers live.

Initially, this ruling applied mainly to catalog companies and home-shopping channels on TV. But it also applied to the rapidly growing online retail industry, giving them a distinct competitive advantage, and consumers an additional reason to change their buying habits.

Local retailers who have invested in their community, who send their kids to local schools and volunteered for local charities, quickly found themselves competing with faceless online companies, most of whom have never set foot in their town. The problem with these uneven sales tax laws is that they create a significant disadvantage to those who are local.

But here is where it gets complicated.

As an example, after numerous rounds of legislation, Amazon currently collects state sales taxes in 28 states, covering 84% of the U.S. population. However, they still have managed to avoid most city and regional sales tax.

A University of Tennessee study estimated that states lost $23.2 billion in revenue in 2012 because of remote sales.

Sales tax is considered a “pass-through” tax, because the merchant is only “holding” the taxes collected before remitting it to state and local taxing authorities. But there are significant labor and overhead costs associated with tracking and accounting for this money which is sent in either monthly, quarterly or annually depending on gross sales.

The other 45, however, have created over 15,000 taxing jurisdictions, which in turn have generated a mystifying and complex web of taxes that are in a constant state of flux as state and local lawmakers decide which goods and services will be subject to their taxes, and which will not.

The volatility of this system should not be underestimated. One clear example, in November 2015 alone, taxing authorities in 26 states made 257 changes to their sales tax rates and rules.

The Tax Foundation currently singles out Arizona, Louisiana, and Colorado as having the worst sales tax systems in the country. And with Arizona and Louisiana working on changes, that leaves my home state of Colorado as the worst of the worst!

Colorado currently has 294 taxing jurisdictions, including the state itself, various special districts and authorities, metropolitan districts, statutory cities and towns, home rule cities, and counties. These jurisdictions yield a total of 756 areas with different rates and bases.

Add the burgeoning new marijuana industry to the mix and it all becomes an impossible blur.

When it comes to sales tax, here’s what everyone get’s wrong. Sales tax is not a location tax, it is a transaction tax. The transaction triggers the tax. The location just determines the amount and who the recipients will be. Without a transaction, there is no tax.

The fact that every community wants to add their own extra piece to the sales tax puzzle, requiring special forms and special rules for compliance, is what has turned it into an impossibly complicated system.

Cities and communities across the country are now in dire straits. Their programs and services were framed around the income streams of more prosperous times. Bad systems, like sales tax, get remarkably worse during a bad economy. But they also create an opportunity.

The blockchain is the public ledger part of all Bitcoin transactions. Regardless of whether Bitcoin itself survives, the ingenious thinking that led to the technology behind blockchain will.

The financial community has taken notice of blockchain in a big way, with a number of courses now being taught or in process at prominent institutions, including two at MIT, to further its development.

One of the key advantages is that as risk plummets, the cost per transaction approaches zero.

In much the same way that telephone long distance rates dropped to zero and opened the door for countless new business opportunities, if financial transaction costs drop to zero, we will see an explosion of new retail opportunities. We will move from micropayments to nano-size payments virtually overnight.

In addition to its role in cryptocurrencies, blockchain technology is being used to solve real world problems such as enforcing contracts, providing accountability to partners, or allowing for the verification of real world products.

First, let’s start with the assumption that sales tax must be applied to all retail transactions – period, no exceptions. If we eliminate this one variable, then much of the complex decision-making process currently imposed on retailers is eliminated.

Third, as we move into a blockchain era, as money becomes increasingly digital, the actual collection and remittance of sales tax can happen instantly. As money is paid by the seller, sales tax from every transaction can be peeled off and remitted directly to the taxing agency.

Tiny sales tax payments would be sent instantly, and in the event a refund is issued, the same tiny transactions would happen in reverse.

Even cash transactions could be run through an electronic device and taxes would be instantly remitted from a special account managed by the merchant. Most merchants would be happy to maintain a small balance in a special tax-remittance account in exchange for never having to file sales tax reports ever again.

Rather than continuing to patch our current system where millions of individual retailers bear the responsibility for collecting the sales tax, filling out tax forms, and remitting the money on a monthly basis, literally billions of tiny payments would be made in real time every second of every day. This will eliminate the stress-laden responsibility of relentless accounting, form filing, and updates that happen along the way.

Everything would happen through software, and that software would be super easy to use, free to every merchant, and managed independent of any user group.

The whole intent of this approach is to build a sales tax collection mechanism that is both seamless and nearly invisible to both retailers and customers alike.

My intent here is to stimulate a discussion, not to claim all of the answers.

Even though I love to buy things online and have products delivered to my front door like everyone else, it doesn’t mean I don’t want to support my local community. We’re currently saddled with a very bad system and it’s a system problem, not a business or community problem.

Accounting and bookkeeping as an industry tends to thrive in the face of complexity. Each new decision point added to the tax code has been very good for the accounting business, but generally bad for the rest of the economy.

Complexity places an insidious brainpower burden on people, and this translates into a significant toll on society. While it may be unrealistic to eliminate complexity by imposing simplicity, we can at least automate it.

Our future is being shaped by our systems. We now have a golden opportunity to do something amazing, and one critical first step will be to fix sales tax.

Please let me know your thoughts.

Author of “Communicating with the Future”