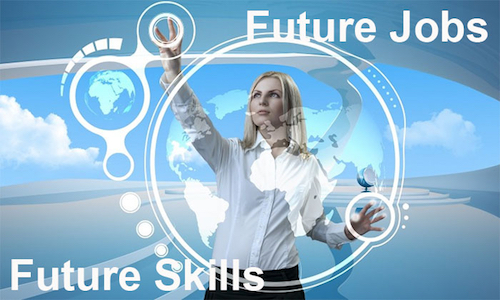 What are the odds that the job you’ll be doing 10 years from now doesn’t exist today? Turns out the odds are pretty high.

According to a recent study by TheLadders, online job matching service, the fastest growing jobs are in user experience design, iOS and Android development, and business intelligence—some of which didn’t exist before 2007.

Their research, which gathered key word search data from 6 million members, also found that middle management jobs are being phased out. Sharing economy companies like Uber, Zaarly, Task Rabbit, and AirBNB have found ways to eliminate the entire middle management layer with software.

Indeed professionals can still earn high salaries within companies, but according to their study less than 2% of titles contain the word “manager” or “director.”

A separate study done by HireVue concluded the top jobs of the future would involve “design” and “data science.”

There was also no such thing as a social media expert, VR media producer, crypto currency, crowdfunding, peer-to-peer lending experts ten years ago.

So what will the jobs of tomorrow look like? Here are a few ideas I’ve been bouncing around.

Facing the Transition Ahead

However, much of today’s technology is giving us super-human attributes. The same technology that gets blamed for eliminating our jobs, is also giving us capabilities beyond our wildest dreams. We have instant access to friends and family, instant access to answers for almost any question we ask, and instant entertainment if ever we get bored.

We can now think-faster, know-faster, and do-faster than ever before. We no longer end up being the “last to know.”

At the same time, every new technology also requires new skill sets for those working in those environments. Here are just a few of the skills that will be highly prized in the future.

Predicting future jobs is an exercise that involves looking at future industries and speculating on ways in which they will be different than the workforce today. Business management, engineering, accounting, marketing, and sales are all necessary skills for the future, but the work involved will also be different.

The following is not an exhaustive list, nor do these job titles all have good explanations. Rather, this column is intended to be a thought-generator, an idea-sparker, to help you draw your own conclusions. 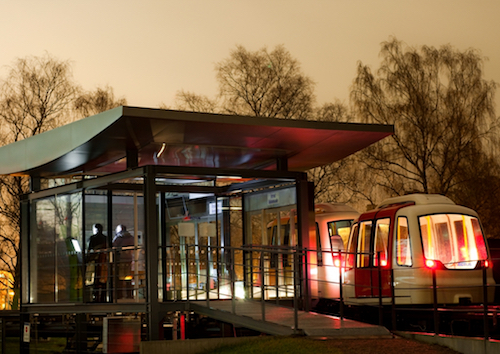 PRTs like Hyperloop, Skytran, Jpods, and ET3 offer a new dimension in transportation. They operate above the fray, independent of the frenetic energy of today’s highways, airports, train, and bus depots. Details here.

One of today’s most significant breakthroughs is happening in the area of atmospheric water harvesters, being developed by a new breed of water innovators intent on solving one of earth’s most vexing problems.

The “God Globe” is intended to be a master command center for planet earth, where we will, for the first time ever, begin to control nature’s greatest forces. Details here.

The sharing economy is creating some amazing business models around the use of “other people’s stuff.”

The “quantified self” is all about building a measurable information sphere around each of us. As we get better acquainted with the Delphic maxim “know thyself,” we will become far more aware of our deficiencies and the pieces needed to shore up our shortfalls. Details here. 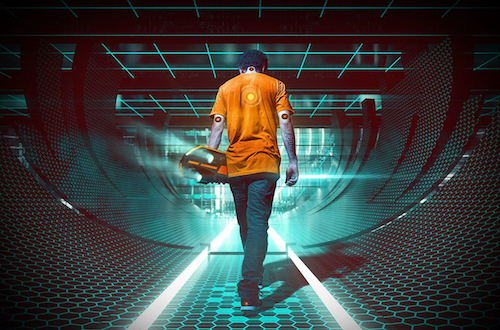 Sports have become the ultimate form of storytelling. Each contest is a test of the human spirit, with good guys and bad guys pairing off, amidst great drama, as contestants test their limits overcoming adversity, to achieve an unknown outcome. And all of this is happening in real time. Details here. 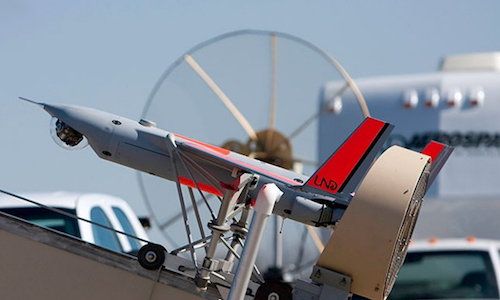 The U.S. Congress has mandated the FAA develop a plan to incorporate drones into national airspace by Sept. 30, 2015. Many in this new industry are chomping at the bit to get started.

On the path to a trillion sensors

Industry experts are now projecting that we will reach 1 trillion sensors in the world by 2024, and 100 trillion by 2036.

3D printing was recently named by Goldman Sachs as one of eight technologies destined to creatively destroy how we do business. As an industry making inroads in thousands of different businesses simultaneously, former Wired Magazine editor Chris Anderson is famously quoted as saying, “3D printing will be bigger than the Internet.”

Seventy-five billion is the number of devices that Morgan Stanley has calculated will be connected to the Internet of Things by 2020. That’s 9.4 devices for every one of the 8 billion people that will be on earth in only seven years. IBM even created a starter kit to help people get started.

Social media, blogs, web browsing, and company’s security systems are all generating enormous quantities of data, and it all needs to be stored, managed, analyzed, and protected.

In 2008 the entire world was beginning to panic as our global financial systems teetered ever so close to total meltdown. Major banks were either failing or near failure, and the entire house of cards seemed to be one 10-of-Clubs away from becoming a meaningless flat stack in the middle of the table. Out of this growing distrust of banks, Wall Street, and our entire monetary system, the age of crypto currencies was born.

Over the coming years, the national electric grid will be broken into a series of micro grids. Details here. 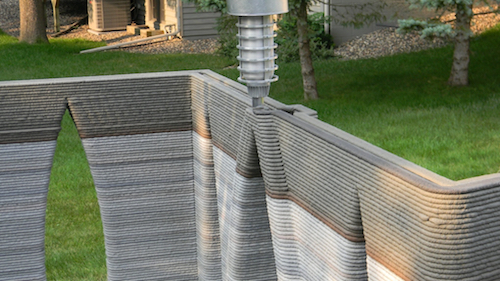 Many people think of contour crafting as 3D printing for houses, but Professor Behrokh Khoshnevis from the University of Southern California sees it as much more. In addition to it’s ability to print an entire house in less than a day, it can be used to eliminate slums, help rebuild areas after a natural disasters, and even build large buildings and luxury homes with custom architectural features that can be changed with only a few clicks of a mouse. Details here.

Driverless technology will initially require a driver, but it will quickly creep into everyday use much as airbags did. First as an expensive option for luxury cars, but eventually it will become a safety feature stipulated by the government.

Over the next 10 years we will see the first wave of autonomous vehicles hit the roads, with some of the first inroads made by vehicles that deliver packages, groceries, and fast-mail envelopes.

Based on using living systems, “bio-factories” represent a new process for creating substances that are either too tricky or too expensive to grow in nature or to make with petrochemicals. The rush to develop bio-factories as a means for production not only promises to revolutionize the chemical industry but also transform the economy. Hundreds of products are already in the pipeline.

The systems used to create colleges centuries ago seems justifiably primitive by today’s standards. Learning formulas for nearly every degree are based on hours, one of the least important considerations when it comes to assessing talent. Colleges today cost far too much, and they take far too long. For this reason, a new wave of full-immersion skill training centers, or Micro Colleges, has begun to emerge. Details here.

With almost 10,000 Americans turning 65 every day, the number of seniors who need specialized housing will only increase the need for more options and better solutions.

When people think of farming, they typically conjure up images of a tractor cresting a hill billowing large plumes of exhaust into the air. This image will become a distant memory as automated machines, drones, and swarmbots enter the pictures. As with all industries, there are many micro-forces driving the changes in future agriculture. But there are three dominant trend lines – precision, relevance, and control – that will be driving this industry.

Over the coming years will see a number of industries dismantled, and this will require a skilled workforce of talented people who can perform this task in the least disruptive way. It’s easy to spot these industries by their aging systems, facilities, and infrastructure. In many cases they have become unnecessary and unsustainable in the future, and will be scaled back to a fraction of their current size. 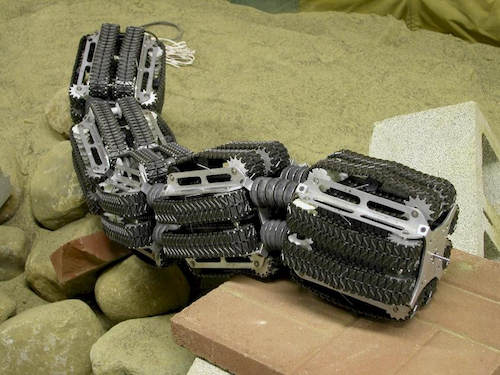 Outside of the multiple categories listed above are a number of unusual jobs, many still decades away. Here are just a few to whet your appetite.

Automation is no longer the domain of the elite few, and the quicker we can make the transition to all industries, the quicker everyone can participate.

The list above is just scratching the surface. When we automate jobs out of existence, that doesn’t mean there is no work left to do. We are freeing up human capital, and this human capital can be put to work creating millions of new jobs in thousands of new industries.

It will, however, require a whole new level of system thinking to unleash these pent up ambitions.

Please feel free to join in the discussion and weigh in with your thoughts below. Your ideas, comments, and opinions are much appreciated.