Agriculture the New Game of Drones 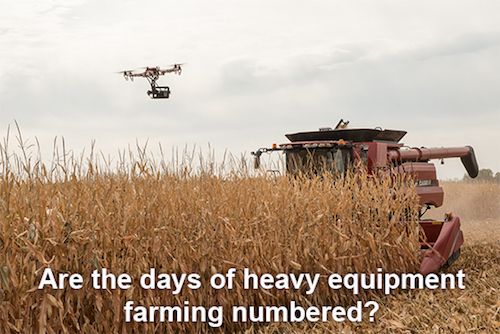 A few days ago the people in Deer Trail, Colorado made national news with a proposed ballot initiative to allow hunting licenses to shoot down flying drones.

Deer Trail would charge $25 for drone hunting licenses, and the town would offer a $100 bounty reward for shooters who bring in debris from an unmanned aircraft from the U.S. government.

But the good people living in the farming community of Deer Trail have obviously not been paying attention to the positive uses for drones, more specifically, the use of drones in agriculture.

Even though the vast majority of drone use today is government and military, one of the big emerging markets will be agriculture. Several new companies have begun moving into the ag-drone space, but there are a few short-term problems.

Current FAA rules limit their operation to under 400 feet and to steer clear of airports and crowds on the ground. But that will change in a couple years. The U.S. Congress has mandated the FAA incorporate drones into national airspace by Sept. 30, 2015.

Many in this new industry are chomping at the bit to get started. According to the Association for Unmanned Vehicles International, once drones get okayed for the national air space, the first 3 years will produce $13.6 billion in economic activity and 34,000 new manufacturing jobs will get created.

There are many possible uses for flying drones, and as we add capabilities, potential uses will grow dramatically.

We are limited in our thinking to what we see today, but flying drones can be built large enough to move people and houses, and small enough to be invisible to the human eye.

They provide an incredibly flexible platform, and simply adding elements like cameras, lights, audio, sensors, video projectors, or even a robotic arm can increase the utility of a drone exponentially. I’ve written about some of these possibilities in previous articles.

The automation of farming has led to fewer people tending massive estates, with many growing to tens of thousands of acres. This means there are fewer eyes inspecting crops, with less chance of catching problems like disease, infestations, soil issues, or other deficiencies.

Drones, however, have the ability to amp up awareness, giving farmers powerful tools for managing both the plant and its growing environment throughout its lifecycle. 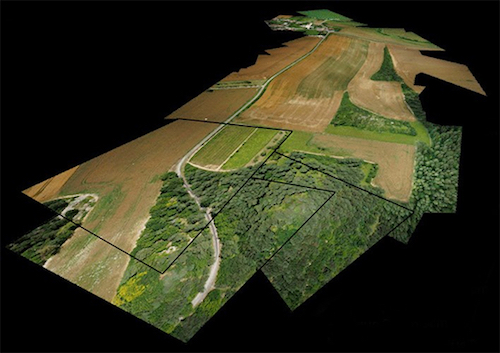 Once a field is defined and scanned, a number of filters can be applied to the data

Here are a few current examples of the type of inspections and research that can be automated through the use of drones:

With military use of drones beginning to level off, the industry itself is searching for other options, and agriculture seems to be at the top of everyone’s list.

Startups in this area require a rare blend of skills. In addition to the obvious skills of aviation and agriculture, they need people skilled in wireless communications, image sensors, illumination sciences, photonics, optoelectronics, photoreceptors, spatial imaging, lens mounting hardware, and much more.

Here are a few of the cutting edge companies entering this field: 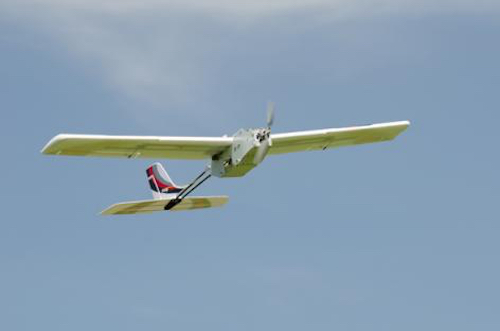 Completely autonomous, fixed-wing system, weighing 3 lbs., can survey 300 acres in a 40-min. flight and allows for high-resolution imagery and video. 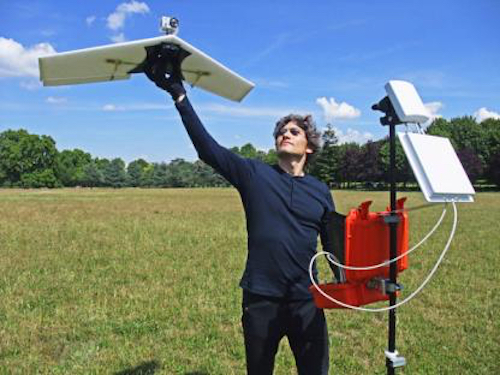 The LP960 is able to detect damaged crops by taking aerial images with a thermal camera and can be flown in harsh environments, between -13 degrees F up to 140 degrees. The system can monitor moisture levels and damage from pests or disease. Cost is $9,300. 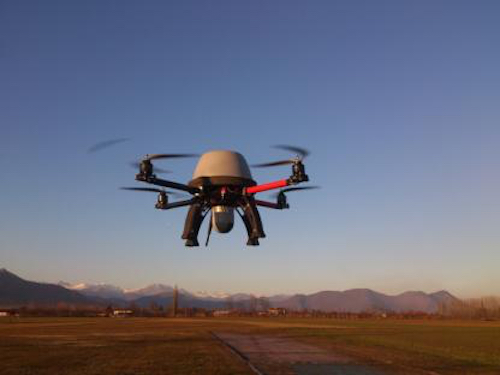 The Octane multirotor drone weighs 4 lbs. and takes high resolution, GPS-referenced imagery and video, and the company claims is easier to fly than fixed-wing UAVs. Cost is $3,800. 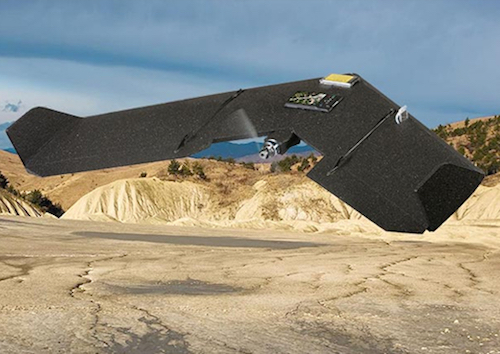 SenseFly, a Switzerland-based manufacturer of both the eBee UAV and the Swinglet CAM, is already selling its digital camera equipped mini-drones to growers and retailers in Canada. Using fully photogrammetric software, these drones can create high-resolution Orthomosaic reconstructions from aerial imagery. 16 megapixel camera and 30 minutes flight range. 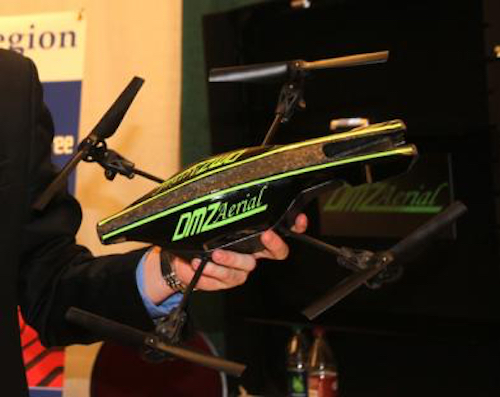 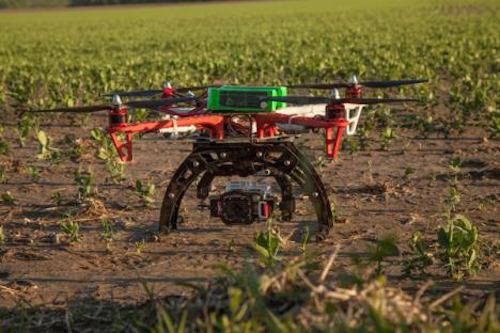 The Multirotor ready to fly kit comes with the system fully assembled, along with a stabilized GoPro3 camera, radio controller, batteries/charger, and a waterproof case. APA’s newest model, the fully autonomous APA X4 is priced at $5,000. 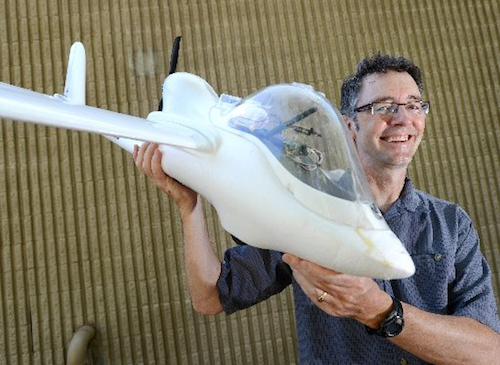 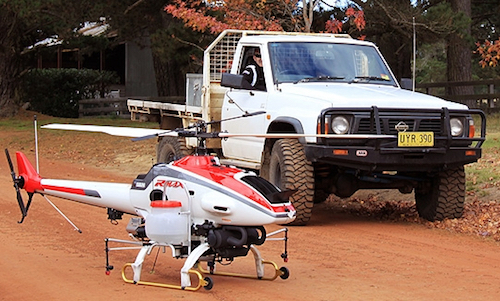 Yamaha’s development of utility-use unmanned helicopters began with a request in 1983 from the external branch of the Japanese Ministry of Agriculture, Forestry and Fisheries, which was also in charge of agricultural aviation. They wanted an unmanned helicopter for crop dusting that could help reduce labor and costs in Japan’s labor-strapped rice farming industry. Depending on how it’s equipped, costs can range from $150,000 to $230,000. 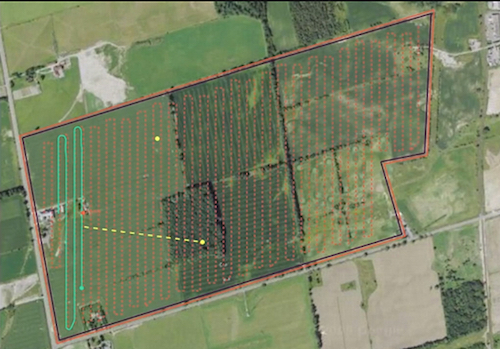 Are the days of heavy equipment farming numbered?

When Guttenberg first converted a wine press into his first crude printing press, it never crossed his mind that each of the letters he was carefully carving from wood would some day be generated with far more accuracy through super tiny dots, known as pixels.

When Michelangelo spent four years meticulously carving his famous statue of “David” out of solid marble, he had no idea that we’d some day be able to use 3D printers to “print” a replica of his statue, one dot at a time, in hours rather than years.

Similarly, it’s difficult to imagine a 20-ton tractor being replaced with swarms of flying drones. But that is exactly what will happen over time.

“Swarmbots” is a term to describe a grouping of robots that work together like a school of fish or a flock of birds.

The first iteration of tractor-replacing swarmbots will be ground-based drones, with dozens of them working together to do the work of today’s large tractors. Over time, as energy sources change and equipment improves, many of the ground-based units will be replaced with flying ones to reduce interference with soil and plants.

Much of the work in this industry will evolve around the following tree phases of development.

Most of the drones today are focused on developing better information about the plants, soil, and growing conditions. This information will allow farmers to be more aware of crop conditions and make better decisions.

Some companies are already working on Phase 2 drones capable of proactively protecting the crops from bugs, birds, disease, and other unwanted problems. Some of these capabilities will include:

Eventually there will be flying drones with lasers mounted on them. Because of the possible dangers, their use will be highly restricted, at least for the most powerful ones. However, it’s entirely possible to visualize a type of drone capable of breaking rocks, killing pests, and even shooting mosquitoes.

Much of today’s work in this area is experimental and sounds more like science fiction than real science, but in a few years they may already be in use.

Another form of robotic seeding machine is being created by David Dorhout, founder of Dorhout R&D. His autonomous five-legged “Prospero” robot can move around in swarms with the ability to detect ideal planting spots, digging holes, planting the seeds and then applying fertilizer or herbicides.

As prices improve for specialty crops, farmers will invest heavily in automation to meet whatever unique foods consumers are demanding.

Over time, flying swarmbots will replace the ground-based drones, with thousands of tiny machines working in concert to replace the need for today’s massive pieces of equipment. Keep in mind that this will only happen if they provide farmers with a significant advantage over today’s equipment. They will need to be better, faster, cheaper, more efficient, or all of the above. 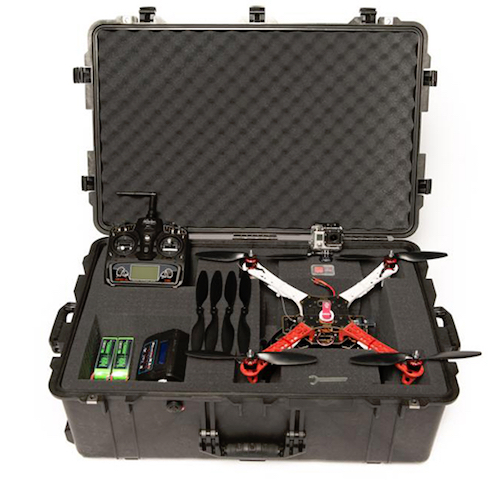 Most ag drones are easily transportable in a case

A recent study by the Association for Unmanned Vehicle Systems International (AUVSI) predicts that in a matter of years, the drone, or UAV, industry in the U.S. could produce up to 100,000 new jobs and add $82 billion in economic activity between 2015 and 2025.

Aerial drones are about to become an everyday part of our lives. This is an industry in its infancy and agriculture will be the launch point and proving ground for many others.

Farmers will become thousands of times more precise in how they apply chemicals and fertilizers, saving themselves millions in the process.

Saving farmers 1% on inputs like herbicide and pesticide, and increasing their yields by 1%, that alone is a multi-billion dollar industry.

In the end, the world will grow far more food, to far more exacting quality standards, under virtually any weather conditions. And drones will be an essential part of making this happen.

← Search Engines for the Physical World: The Future of Search Technology in an Increasingly Transparent World Life as a Teenager in 1994, 2014, and 2034 - What a difference a generation makes! – Part One →