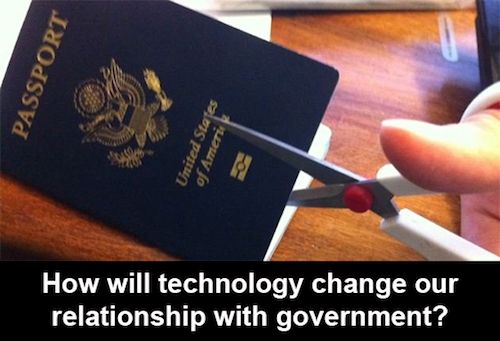 In 2002, Roger Ver was honing his entrepreneurial skills by selling products on eBay. It was in the aftermath of the Twin Towers disaster when one of his products called “Pest Control Report 2000” hit the radar of Homeland Security and he was charged and convicted of selling 14 pounds of explosives without a license.

He dismisses the product as little more than a “firecracker to scare birds from cornfields,” but ended up serving 10 months in federal prison.

While his computer-parts business made him a millionaire by age 25, Ver became truly wealthy after investing tens of thousands in Bitcoin in 2011, a crypto-currency that he bought for $1 each and trades in the neighborhood of $600 today.

Now, at age 35, Roger Ver has adopted the moniker “Bitcoin Jesus” and is one of the currency’s most ardent supporters as well as a major investor in Bitcoin startups.

At the same time, he has another agenda. He is now traveling the world, explaining to wealthy people everywhere how they can invest as little as $400,000 in the Caribbean island nation of St. Kitt and become a citizen there.

After finishing his probation in 2006, Ver moved to Tokyo to stay off of the radar of U.S. officials. Earlier this year, on Feb 13, 2014, he got his St. Kitt’s passport, and renounced his U.S. citizenship that same month.

“I didn’t hurt anybody. I had nothing but happy customers, and the U.S. government locked me in a cage,” he said. “So I want nothing to do with those people. I don’t want to support them. I want them out of my life.”

St. Kitt has become a magnet for wealthy people around the world because they only require an investment, not residency, to gain citizenship.

With transportation systems growing more efficient, and intrusive technologies leaving many feeling hyper-exposed and alienated by their government, conditions are now ripe for a massive wave of governmental disruption where wealthy individuals choose to “vote with their feet,” and abandon their home country.

Here’s why a massive shift is about to occur, that will force countries to compete for their own citizens.

The Story of Iraq

In 2003, President George Bush let the world know that the U.S. military was planning to attack Iraq and capture Saddam Hussein.

During that ramping up period, it didn’t take a genius to understand what was about to happen, and many wealthy and professional people proceeded to abandon their homeland of Iraq. The country suffered a massive brain drain as lawyers, dentists, engineers, architects, professors, and business owners all gathered up their families and moved to other countries.

This exodus of talent has had a long-term residual effect since most of these families have not returned over a decade after the official war ended making the rebuilding of the country far more difficult.

The United States is one of only two countries that taxes citizens or permanent residents wherever they reside, including an estimated six million Americans living outside the country. (The other country, incidentally, is Eritrea, a single-party dictatorship.)

Citizens or permanent residents of every other country end their obligation to pay income tax after a sustained period of non-residence from that country, generally one year or longer.

Taxes are just one of many reasons people choose to abandon their citizenships, and the numbers tend to drop during Presidential election years. Here are the official numbers for people renouncing U.S. citizenship over the past seven years:

Even though the numbers are climbing, in a country of 320 million people, they are still too small for leaders to dedicate much attention to.

However, in addition to renouncing citizenship, people can simply relinquish it. Relinquishing citizenship is a process that no one seems to be tracking, and some are estimating the numbers to be as much as four times higher.

If the actual number in 2013 were 4 times higher – 12,000, it would still be considered a tiny number. But if a high percentage of them were high-profile, super wealthy millionaires and billionaires, the whole world would begin to take notice.

Within a decade, if you participate in a demonstration or protest, the probability of being personally identified will soon reach 100%.

Recent protests in Turkey have many wearing gasmasks or the ever-anonymous Guy Fawkes masks to conceal their identity. At this point in history, masks are probably sufficient.

However, in a few short years, people will become infinitely more traceable and simply using face paint, masks, or other theatrical disguises will offer little to shield them from the scrutiny of those with infrared scanners and other mask-penetrating technologies that take time to investigate.

Young people involved in the Turkish protests find it easy to get caught up in the moment, and are often involved in the destruction and burning of property in the streets.

To be sure, the dividing point between a protest participant and those officially labeled a “terrorist” becomes an easily swayable judgment call.

As we move further down the path of automating justice, the use of drones for surveillance, identification, and capture will be greatly expanded. And once a person is labeled a terrorist, it will be a designation that haunts them the rest of their life, regardless of where they live, anywhere on the planet.

So rather than standing up and protesting a bad decision by the government, it will become infinitely safer and easier to simply move to another country.

As we look closely at the advances made in transportation systems over the past couple decades, it’s easy to see that we are on the precipices of a dramatic breakthrough in ultra high-speed transportation. Businesses are demanding it. People are demanding it. And the only things standing in our way are a few people capable of mustering the political will to make it happen.

The first wave will come with driverless cars and their ability to drive far faster and safer than with human operators.

The second wave will come in the form of Personal Rapid Transit Systems (PRTs) that can be constructed over existing highways dramatically automating our commute times.

Within 10-20 years, your dreaded 7:00 am commute that takes 2 hours and half a tank of gas could be shortened to as little as 20 minutes using virtually no gas.

As transportation networks expand, the definition of a metro area will expand as people begin to routinely commute 500 – 1,000 miles each way for their jobs. A city like Milwaukee may be considered a suburb of Chicago as travel time is reduced. The entire Boston to Washington corridor could be massively linked into one large metro area.

The result of this will be a far more fluid global populations with people routinely having breakfast in Tokyo, lunch in Paris, and dinner in Seattle.

This also means that people who become frustrated with their government will have a far greater tendency to vote with their feet and move to another country. 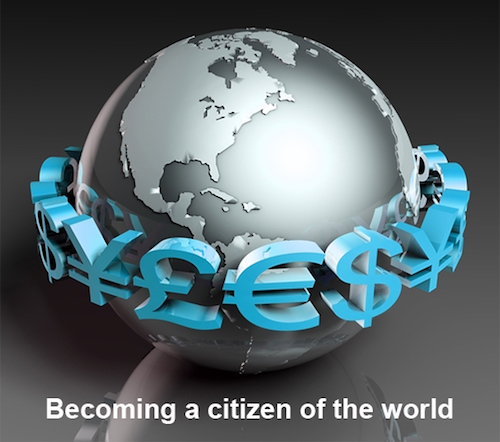 In the past, countries were defined by a distinct geographical area and the people who lived there.

The Internet is dramatically increasing our awareness of the events and actions of those in charge, as well what’s happening in other countries around the world.

When a wealthy person like Roger Ver renounces his citizenship in favor of St. Kitt and becomes a citizen of the world, millions of people around the world take notice.

Every country on the planet is about to undergo heightened levels of scrutiny, both internally and externally as our awareness grows. This will, in turn, force governments to rethink virtually every system, process, and strategy as it relate to their citizens.

As awareness grows, counties will soon find it necessary to compete for their citizens, something they’ve always taken for granted in the past.

Late adopters to this strategy will quickly find themselves losing the talent pools needed to compete in the global marketplace.

As a result, governments will be much different in the future.

Please take a moment to weigh in on this critically important topic. Your children’s children, who haven’t even been born yet, are depending on you.