Driverless Cars: A Driving Force Coming to a Future Near You 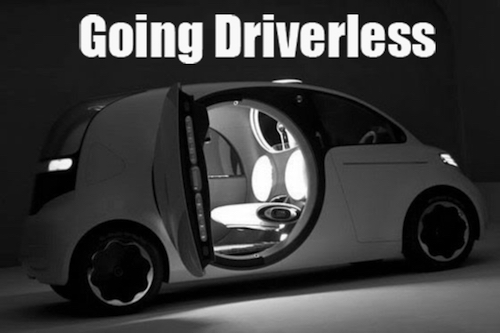 If you were traveling between Boston and Washington, DC, and had the choice of either flying or riding in a driverless car, which would you choose?

Under good conditions this is an 8.5-hour drive vs. 4-5 hours flying – driving to the airport, wading through security, boarding the flight, landing, and commuting to your destination when you arrive.

Keep in mind that the first wave of driverless vehicles will be luxury vehicles that allow you to kick back, listen to music, have a cup of coffee, stop wherever you need to along the way, stay productive with connections to the Internet, make phone calls, and even watch a movie or two, for roughly the same price.

If you think this vision is far off, think again. Over the next 10 years we will see the first wave of autonomous vehicles hit the roads, with some of the first inroads made with vehicles that deliver packages, groceries, and fast-mail envelopes.

Here are a few thoughts on how this industry will develop. 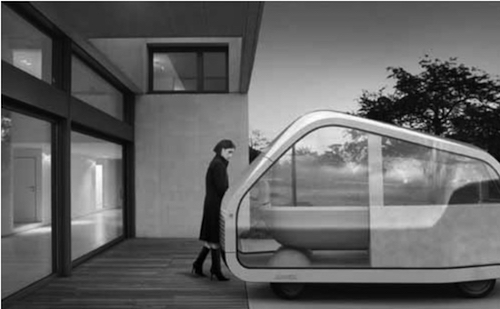 The Complexities of Going Driverless

Over the past few nights we hosted a couple mastermind groups at the DaVinci Institute to discus how the rollout of driverless cars will begin to disrupt life, as we know it, both in the U.S. and around the world. I truly appreciate everyone’s input, as this is a complicated subject with multiple driving forces, each with a number of “human” variables that will either speed or slow the introduction of this technology.

But we all agreed, nothing will stop it

While the current technology is good enough to navigate roadways and recognize obstacles, it will need some refinement before it’s human-safe, and to push economic viability, the component costs will need to come down.

Driverless technology will initially require a driver, and it will creep into everyday use much as airbags did. First as an expensive option for luxury cars, but eventually it will become a safety feature required by the government.

The greatest benefits of this kind of automation won’t be realized until the driver’s hands are off the wheel. With over 2 million people are involved in car accidents every year in the U.S., it won’t take long for legislators to be convinced that driverless cars are a safer option.

Many aspects of going driverless are overwhelmingly positive, such as saving lives and giving additional years of mobility to an aging senior population. However, it will also be a very disruptive technology.

But before we get into the “good vs. evil” technology debate, let’s look at why this will happen so quickly. 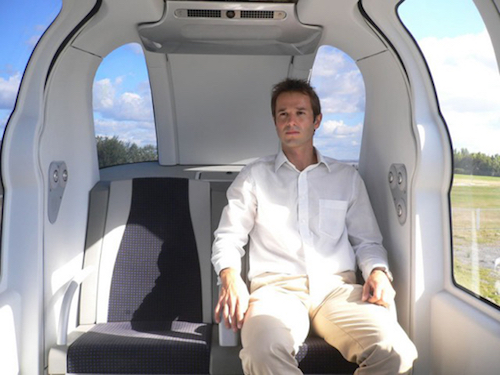 The Roots of the Driverless Movement

The idea of self-driving cars is almost as old as the car itself. GM had visions of going driverless in its exhibit at the 1939 World’s Fair in New York.

These represent just a few of the advances, to date, that are driving this technology forward.

Stepping into Our Driverless Future

Recent advances in computing power and networking technologies are improving the viability of both the technology and economics on a daily basis. Today’s technology uses GPS to recognize where the cars are on the road. Cameras, lasers, and radar help them keep their distance from other cars and recognize objects like pedestrians. Superfast processors weave all the inputs together, allowing cars to react quickly.

Over time, data spidering systems, like those used by search engines, will be used to log details of every road in the country in real time, report potholes, cracks, or other dangerous conditions immediately when they occur, and build an information highway to serve as the backbone for our real highways.

Here are a few of the companies pushing this technology forward:

Several automakers already sell cars with adaptive cruise controls that automatically applies the brakes if traffic slows. BMW plans to extend that idea in its upcoming i3 series of electric cars, whose traffic-jam feature will let the car accelerate, decelerate, and steer by itself at speeds of up to 25 miles per hour—as long as the driver leaves a hand on the wheel.

According to New York’s ABI Research, the market for “advanced driver assistance” technologies was $10 billion in 2011, but will grow to a staggering $130 billion by 2016.

Cars that Talk to Each Other

A major challenge for driverless roadways is for vehicles to safely and reliably communicate with one another. That’s where the Google operating system comes into play.

Hidden behind the hype of this technology is Google’s plan to come up with an Android-like operating system for all future driverless cars.

Regardless of whether its Google or someone else, creating communication standards and protocols will be the key to making this all work.

That requires getting all the automakers and regulatory agencies to agree on a standard. The National Highway Traffic Safety Administration has begun studying various technologies for vehicle-to-vehicle communication and plans to make a decision by 2013. They project intervehicle communications alone could reduce up to 80 percent of vehicle crashes involving non-impaired drivers.

People tend not to care about the power systems driving vehicles that they don’t own. As an example, few people pay attention to fuel efficiency of the airplane they’re flying in. They only care that they arrive on time.

This, combined with cost, range, and efficiency factors will mean that the first wave of driverless vehicles will likely be powered with old-fashioned gas engines.

However, electric vehicles using drive-by-wire technology will have many advantages over time. Rapid charging stations, silent engines, and the simple act of a vehicle recharging itself as opposed to the dangers of one that has to “refuel” itself will win over vehicle buyers in the future.

Many other power systems will be experimented with including everything from wireless power, to fuel cells, to natural gas, to biofuels. But in the end, fuel efficiency will prevail.

The Promise of Going Driverless

According to the Center for Disease Control, motor vehicle crashes are the leading cause of death among the 5-34 age group in the U.S. More than 2.3 million adult drivers and passengers were treated in emergency departments as the result of being injured in motor vehicle crashes last year.

The lifetime costs of crash-related deaths and injuries among drivers and passengers are over $70 billion annually.

Consider the following problems that would go away:

In addition to the known health and accident related issues, there is a tremendous amount of stress involved in driving.

People are not productive when they are driving and the frenetic atmosphere of high traffic situations leaves most commuters drained at the end of a day.

All of these problems will eventually go away.

The Downside of this Technology

At the same time, driverless cars will dramatically affect employment around the world.

In the future, the number of vehicles sold will begin to decline. 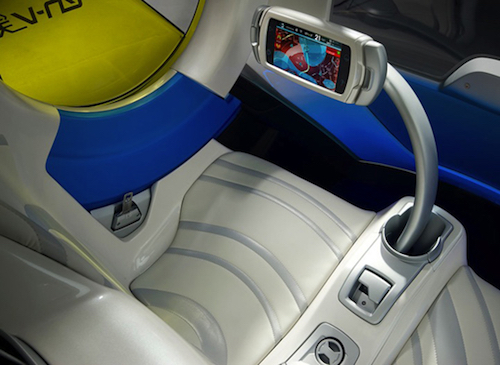 The reason driverless cars will prove to be so disruptive for the automobile industry is that it will enable on-demand transportation services to replace the need for individual car ownership. Rather than having to conform to the route and timing of today’s mass transit systems, people will simply be able to request a vehicle through their smartphones whenever they need it, and a driverless vehicle will show up, on-demand, and take them to wherever they desire to go.

An on-demand transportation system will not significantly reduce the overall number of vehicles on the road at peak times, but will be better at matching the size of the vehicle with the number of people traveling. Since the vehicles will be in continuous operation, there will be significantly less need for parking spaces.

To be sure, this is a very complicated topic. Many other countries will be competing with the U.S. to become global leaders in this multi-pronged emerging industry.

With Google pushing the lobbying effort in Las Vegas, look for them to become the initial showcase for the world.

The military will likely find unusual uses in for these vehicles that have few civilian applications.

The coming years will see the public first embracing the technology and at the same time disdaining the tumultuous effects its having.

In the end, we will be driving towards a far safer and more resilient society, but we’ll be traveling down some very bumpy roads along the way.

← Previous Post Next Post →
← 25 Technologies I Didn’t See at CES Crowdfunding: 23 Unusual Ways it May be Applied →