Education as an App 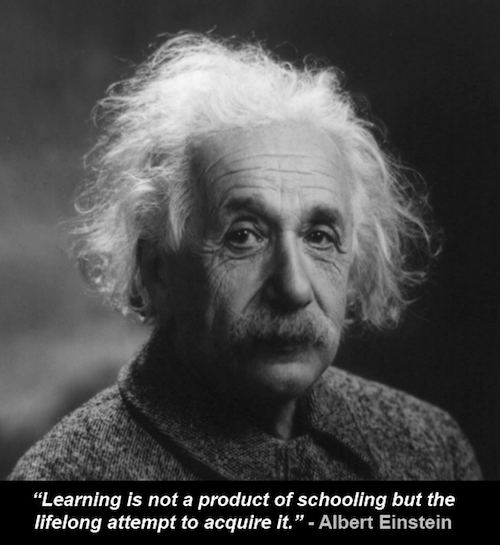 In March of 2007 I posted my original paper on the Future of Education where I talked about a system based on an iTunes-like approach where experts around the world could use a “rapid courseware-builder” to produce bite-sized courses, send them to a global distribution center, and students from around world could plug-in and learn whatever class matched their interests.

When I first presented this approach, the education community was quick to dismiss the idea out of hand, citing the rigors of course design and the vast limitations of online learning.

Yesterday, I had the pleasure of working with an inspired leadership team from Maricopa Community College in Phoenix, Arizona (currently boasting over 260,000 students) and the reception couldn’t have been more different. Each of the ideas presented was carefully scrutinized and placed within the context of “how can we adapt this to work within our system.”

So what’s changed? Even though the message was similar, radical shifts in connection speeds and new technology, coupled with ever-tightening fiscal budgets in an increasingly fluid society, have made ideas that once sounded far-fetched just four years ago seem much more doable today.

But here is something I haven’t talked about before. In the midst of our sea-change of attitudes and tectonic shifts in technology comes a fascinating new idea, an idea that has kept me up for the past week with unusual ways of stirring the imagination. And it all has to do with education as an app for mobile devices.

Rest assured, I wasn’t the first one to advance this kind of thinking.

In 2007 I had predicted that someone would create a rapid courseware builder within the next 2 years and it would instantly generate millions of new courses seemingly overnight. Well, that didn’t happen.

Turns out, creating the user interface of a rapid courseware builder is a very difficult problem to solve. However, the work being done at Learnable.com, udemy, and Skillshare is very encouraging.

The trick is creating a cross-cultural user interface that works equally well for the course-creators as the course-takers.

In addition to solving the problems of authoring a new course, these sites need to develop a rich user experience. This means they need to somehow understand what’s going on inside the head of the student, their interests and preferences, and match them up with a recommendation engine that accounts for prior learning, prerequisites, and the fickle nature of humans.

To make it even more challenging, they need to incorporate some sort of rating system that allows the best courses to rise to the top.

These are very hard problems to solve. And I still think one of these companies, or one similar, will revolutionize the world of education.

However, I would like to suggest an unusual new twist in this strategy – courseware apps.

Education as an App

When it comes to mobile apps, we are experiencing a sea change in attitudes as to how we view the world.

Apps are a piece of information that we interact with on a far different basis that a traditional book. They serve many purposes and enter our live from thousands of different angles.

To put this into perspective, it’s easy to visualize…

This last one, “the app as an accomplishment,” is the one that has been keeping me up at night.

Envision, if you will, a group of 20 students entering a classroom sometime in the future. After a brief orientation period and a little time spent getting to know each other, each student is given the option of choosing one from a list of ten possible apps. Each of these apps is a one-time-use course-project oriented around a specific accomplishment.

Over the coming weeks, students will be tasked with completing the assignment they have been given, and once their “accomplishment” has been completed, they can move on to their next course. Their interaction with other students will be on an informal basis, and teachers will serve more as coaches than traditional instructors.

The accomplishments can range from online activities such as building a website with a specific feature set, to launching a blog site with a specified number of entries, to creating a database with designated properties for interaction.

In addition to online activities, the apps can be oriented around off-line tasks such as building a piece of furniture, conducting a survey and tabulating results, or performing an experiment with animal or human subjects.

Whether the work is done online or off-line, human evaluators will be used to assess the results. In some cases it may be possible to build an app around an automated evaluation process, removing teacher bias from the equation.

Companies like Learnable.com, udemy, and Skillshare are working hard to overcome the credibility barriers and reach some sort of tipping point.

By working within existing institutions, giving teachers new tools that are a quantum leap forward in both usability and efficiency, this kind of effort has the potential of giving a new startup instant credibility. For the students, this means gaining a known form of status and credits from a recognized institution.

This also may be the baby-step of change needed to unlock the doors of higher learning.

In the coming years we will be transitioning from an education system based on teaching to one that is oriented around learning. Teaching requires experts, and as information expands exponentially, we lose our ability to train new experts fast enough. Teachers have become the chokepoint.

Learning, on the other hand, doesn’t require topical experts. Instead, it requires good, competent coaches.

If we are to successfully make the transition from teaching to learning, we will need to focus on new and better tools for coaching.

As a society, we are not able to unlock the true potential of every individual by simply providing better teachers and a more aggressive structure for students. The failure points lie within the system itself. Rather, their true potential can only be realized by unleashing the genius within.

“The dogmas of the quiet past are inadequate for the stormy present. The occasion is piled high with difficulty, and we must rise to the occasion.” – – Abraham Lincoln, December 1, 1862

← TEDxUChicago 2011 - Communicating with the Future Inventing the Rocking Chair Tree →