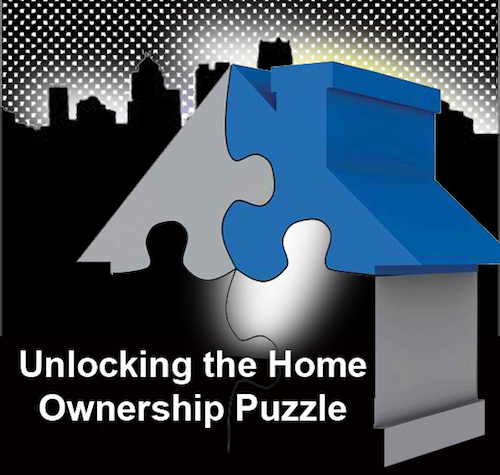 Most young people today are asking the very simple question, “Why should I buy a home?”

In the past answers were always framed around phrases like “rapid appreciation,” “good tax write-off,” “long-term investment,” and “building equity.”

Today, real estate sales agents are quick to use different phrases like “pride of ownership,” “stable home for your family,” and “you no longer have to deal with a landlord.”

Saving up money for a down payment and closing costs is now a risky investment.

If you do find a home that you love, the real question you should ask yourself is, “Is this a house I will still want to own if the value of the property drops 10% or even 25%?”

For decades, cities have been throwing together cheaply-built housing developments under the guise of affordable housing. But young people are reading this as code words for “future slums,” “high maintenance costs,” and “sucker with a capital S”

The idea of home ownership is on the verge of massive change, and this change will bring with it some unusual new opportunities.

The origins of our current mortgage system began in 12th century England where British common law included a clause that would protect a creditor by giving them an interest in the debtor’s property. Even though the creditor held title to the property, if the debt wasn’t paid, the debtor had the right to sell the property to recover their money.

The history of the actual word “mortgage” is very interesting. In the word “mortgage”, the “mort”- is from the Latin word for death and “gage” is from the sense of that word that means a pledge to forfeit something of value if a debt is not repaid. So mortgage is literally a dead pledge. It was dead for two reasons, the property was forfeited or “dead” to the borrower if the loan wasn’t repaid, and the pledge itself was dead if the loan was repaid.

However, it wasn’t until 1934 that modern mortgages came into being. The Federal Housing Administration (FHA) played a critical role. In order to help pull the country out of the Great Depression, the FHA initiated a new type of mortgage aimed at the folks who couldn’t get mortgages under the existing programs. At that time, only four in 10 households owned homes. Mortgage loan terms were limited to 50 percent of the property’s market value, and the repayment schedule was spread over three to five years and ended with a balloon payment. An 80 percent loan at that time meant your down payment was 80 percent — not the amount you financed! With loan terms like that, it’s no wonder that most Americans were renters.

FHA started a program that lowered the down payment requirements. They set up programs that offered 80 percent loan-to-value (LTV), 90 percent LTV, and higher. This forced commercial banks and lenders to do the same, creating many more opportunities for average Americans to own homes.

When it comes to housing, cities now have plenty of inventory, but it’s all the wrong inventory.

We live in a very fluid society. Many of the regulatory impediments that governments have put into place to help stabilize communities are now working against them.

In a fluid society, companies and people tend to migrate towards communities that inspire them. As soon as the economy dropped, Detroit, Florida, and Nevada saw their populations decline almost immediately.

In the future, the most attractive communities will be designed around ways to stimulate new ideas using such things as creative environments, imagination sparkers, and inspirational architecture.

The flow and ease with which people move and exchange ideas both inside and outside a community will determine the overall appeal of the community.

Primed for Something Different

As a culture, our relationship with our homes is undergoing a fundamental shift. Depressed housing prices combined with excess inventory and a desire to live “fluidly” are all factors contributing to what I believe will be a new kind of home ownership.

Gone are the days where our homes are considered an investment. Once that perspective was removed from the table, we begin to think about houses and real estate in a whole new light. And the financial commitments we are willing to make began to change.

Here is a new way to think about classes of home ownership:

The reason why these will be considered a form of “owning” as opposed to renting has to do with a person’s willingness to buy into a lifestyle.

As an example, if a person who currently owns a home decided to contribute their house to a pool of homes, the company managing the operation would handle all of the maintenance and upkeep, but the residents would transition in and out on a regular basis. Similar to the way people “buy” condos in a resort and then rent them out whenever they are not in use, “house pooling” might become the hot new form of home ownership for temporary workforces.

Similarly, with cheap housing in many cities, larger corporations could buy up large numbers of houses and create their own worker pool housing to meet the needs of the business. Employees will be far easier to attract if an employer can provide housing as a benefit.

Other forms of home ownership may include:

One of the primary contributors to our willingness to move often will be our emerging “low stuff” digital lifestyles for today’s young people. To this group, all of life’s essentials have been digitized and are easily transported from city to city.

Things like furniture, draperies, lawnmowers, and appliances will soon be systematized to the point where they are available when needed and styled according to an acceptable level, but will not move when the resident moves.

Flexing along with our relationship to our home will be flexible schooling and daycare for children, flexible healthcare and social activities, and increasingly shallow loyalties to any particular community.

We live in an increasingly mobile society. Information speeds between people at the speed of light and our transportation systems are allowing us to move efficiently from place to place.

As soon as houses stopped being a “good investment,” our cultural thinking shifted from “this is my city, I’ll have to make it work” to “I’ll move wherever I need to.”

Our financial systems still haven’t come to grips with the fact that it still takes six months to sell a home, but only one day to walk away from it.

Current real estate systems are being regulated out of existence.

The market is perfectly poised for a new form of a new form of home ownership and a new style of living. All that remains if for someone to figure out what it will be.