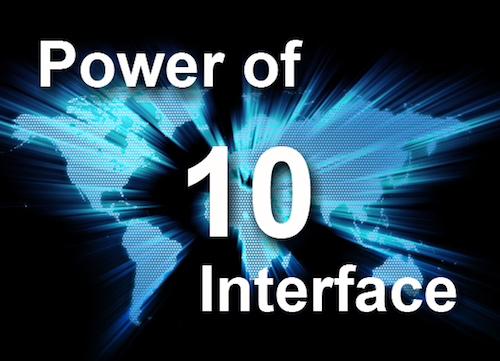 Information at the speed of need

The distance between information and our brain is getting shorter.

Twenty years ago if you had access to a large information base, such as the Library of Congress, and someone asked you a series of questions, your task would have been to pour through the racks of books to come up with the answers. The time involved could have easily have been 10 hours per question.

Today, if we are faced with uncovering answers from a digital Library of Congress, using keyboards and computer screens, the time-to-answer process has been reduced to as little as 10 minutes.

The next iteration of interface design will give us the power to find answers in as little as 10 seconds.

The ease and fluidity of our information-to-brain interface will have a profound effect on everything from education, to the way business is being conducted, to the way we function as a society.

Before we dive into the implications of what’s in store, it’s important to understand where we’ve come from.

Ten Years: Before the time of recorded information, decisions we made from trial and error, best guesses, and stories passed down through the ages. New ideas took years to move from thought leader to thought leader, if it ever happened at all.

Ten Months: When monks began transcribing the notions of prominent thinkers, information was placed in the few isolated storehouses of the day. The time between questions and answers was reduced from years to months, but still painfully slow.

Ten Days: After the invention of the Gutenberg printing press, books became more available. Most major cities started creating information centers to store and preserve the wisdom of their leading thinkers.

Ten Hours: With the invention of 20th century libraries, our access to information again went through a radical transformation. Elementary schools, high schools, and colleges all added libraries to their facilities, and the distance to information dropped from days to hours.

Ten Minutes: Once information made the quantum leap from the traditional ink-on-paper to today’s digital format, our connection to information became far more personal. Today, because of the speed and convenience associated with information access, the volume of ideas that we are exposed to on a daily basis has increased exponentially.

Ten Seconds: We are very close to making the next jump to the 10-second interface. This turbo-charged brain-to-web interaction will make today’s slow connection speeds look like ancient history. Every question will have an answer, every problem will have a full list of possible solutions.

Ten Milliseconds: Once we get past the notion that “fast” can be made to go even faster, we will begin to enter an entirely new era where collaboration will happen instantly across all kinds of boundaries, with all kinds of people. The rulebook for the entire world will be rewritten around the “speed of need.”

Venturing into new territory is a perfect opportunity for us to speculate, and since I’m not brain matter expert, this is the part that will probably get me in trouble. Some of my assumptions may indeed be erroneous. But science fiction has evolved into the ugly step-sister of the horror industry, leaving us with far too many crazy notions about mind control and the evil intent of people working in this field.

Increasing the speed with which we access information will not mean we are becoming “The Borg” on Star Trek. Our minds will not instantly become controllable or even accessible to others without our consent. Even if they were it would be a non-issue.

Every mind is different. The patterns and connection we make inside our own minds is uniquely our own. To someone peering in from the outside it will be like looking at a cryptic 3-dimensional document written in a foreign language.

To be sure, dangers still exist, but most will result from areas we don’t yet understand. Social reclusiveness, information additions, and destructive idea viruses may all be part of a much longer list of things that can go wrong.

As most good journalists and storytellers have learned, the basic components of every story deals with six elements – who, what, when, where, why, and how.

Four of these elements – who, what, when, and where – are factual. With a 10-second interface, it becomes far less important to commit factual information to memory because it is so easily accessible.

Schools will no longer focus on the factual information but on the indirect aspects like relational elements, pattern analysis, value statements, opinions, and basic questions like “why” and “how.”

Here are some examples of questions that are not easily answered with a 10-second interface:

The Fluid Flow of Ideas

Our access to information will continue to decrease in terms of time and distance until it reaches the point of becoming seamless and invisible to the end users.

The technology itself will begin to disappear, losing its “presence” as components shrink and become more biologically integrated. Much of the focus will begin to shift towards thinking strategies that support the most efficient flow of ideas.

Today’s reading processes requires the human brain to work through a rapid-fire micro-decision making procedure to convert characters on a page into mental concepts and images. Some people’s brain processes naturally work far faster than others and reading speeds vary tremendously.

The 10-second interface will cause us to rethink virtually every aspect of information flow.

Having lived for many years, I can attest first-hand to the changing nature of finding answers. For the impatient side of me, this has been a painfully slow evolution. To most, however, the changes seem like a blur with little recognition of the turning points along the way.

When the 10-second interface finally arrives, I will invite all of you to join me in a 10-second toast as we stop to celebrate the importance of this accomplishment.

Enjoy it while you can, the next celebration, perhaps only a few more years away, will only last 10-milliseconds.