Power to the People: The Great Consumer Backlash 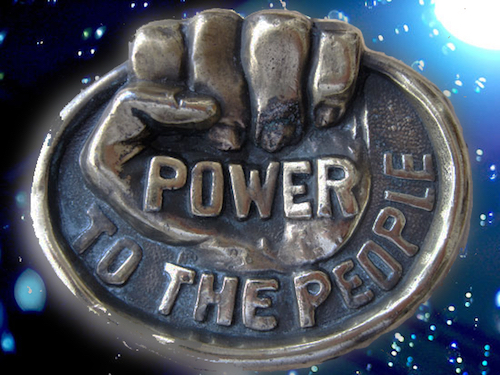 On December 29th, Verizon announced it would begin charging a $2 “convenience fee” for any customers paying monthly bills with a credit or debit card via the Internet or telephone.

Within 24 hours, online petitions began to circulate and commenters voiced their condemnation of Verizon’s corporate greed. Instantly, their messages started showing up on websites and message boards across the Internet, and even the FCC responded quickly, announcing plans to investigate the charge. A day after the so-called convenience fee was announced, Verizon caved to public and governmental pressure and scrapped the charge.

This type of public outcry is beginning to happen with ever-greater frequency.

These are just a couple recent examples of how consumers are flexing their newfound muscles. But rest assured, the war against consumer injustice is just beginning. We are witnessing the start of a new era – micro-movements. Here’s what may be happening in the months ahead.

In 1983, when Apple was on the verge of launching the Macintosh, Steve Jobs sought out film producer Ridley Scott, who was just coming off the critically acclaimed production of Blade Runner, to produce a SuperBowl commercial that would play up the David and Goliath battle being waged between IBM and Apple.

Using an unprecedented $900,000 budget to produce the commercial, Job’s was determined to make a big slash. Even though the Apple Board tried to kill the ad for the Superbowl, through some behind-the-scenes maneuvering, the commercial still ran, and the impact was huge. 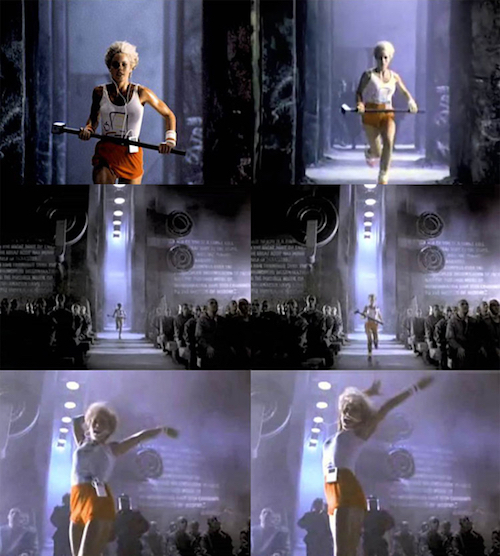 The commercial opened with an ominous dark feel of some future time, showing a line of bald genderless people marching in unison through a long tunnel with every movement being monitored by electronic screens. This scene sets the stage for the contrasting image a well-muscled female runner carrying a large hammer while wearing a colorful athletic outfit.

As she is chased by four police-like officers representing the “thought police,” she races towards a large screen with an image of Big Brother giving a speech:

“Today, we celebrate the first glorious anniversary of the Information Purification Directives. We have created, for the first time in all history, a garden of pure ideology — where each worker may bloom, secure from the pests purveying contradictory truths. Our Unification of Thoughts is more powerful a weapon than any fleet or army on earth. We are one people, with one will, one resolve, one cause. Our enemies shall talk themselves to death, and we will bury them with their own confusion. We shall prevail!”

As the runner closes in on the screen, she hurls the hammer towards it, at the exact same moment that Big Brother announces, “we shall prevail!” In a flurry of light and smoke, the screen is destroyed, shocking the people watching it.

The commercial concludes with an ominous narrative rising from the hazy, whitish-blue aftermath of the cataclysmic event:

The commercial ends by fading to black and as the Apple logo appears.

After receiving numerous other awards, in 2007 the ad was chosen as the “Best Super Bowl Spot” in the game’s 40-year history.

Steve Jobs was a master at leveraging his role as the underdog, always wanting to champion the “little guys” in their battles against the forces of big business.

Ever since George Orwell published his 1949 head-turning classic “Nineteen Eighty-Four,” people have had a lingering fear of government usurping too much power, and especially in the electronic age, of them monitoring our every movement.

The “1984” paranoia surrounding Big Brother is still alive today, but with one big difference. The little guys now have the tools to fight back.

Micro-Movements and the Tools of the People

In the past, most governments could use heavy-handed top-down tactics to foil any protest or uprising. But the toolsets used by the people are changing.

The most powerful tools in today’s arsenals are transparency and instant communication. Spotting injustice and rubbing the public’s nose in it can cause micro-movements to surface and explode in less than a day.

This new trend is all about micro-movements and their ability to self-organize in minutes, not days, and cause the world to change. Micro-movements are an instant checks and balance where other systems fail.

The watchers are watching, so the listeners have to be listening.

Anyone who doesn’t respond quickly runs the risk of being burned at the stake of public ridicule.

When it comes to other tools these architects of micro-movement can leverage, in addition to generating instant awareness, they can influence people’s political vote, their monetary vote (where they spend their money), and their attention vote (where they spend their time). Going even further, leveraging perhaps the most disruptive tool of all, they can cause people to register a defiance vote, ignore the rules, and simply walk away. This can have severe consequences, but if played right, can quickly garner political backing.

As an example, when housing prices began to plummet and the outstanding mortgages were more than the underlying value of the houses, homeowners simply walked away. Even though it wasn’t the result of any well-planned movement, the next one might be.

Given the right circumstances, someone may architect a similar mass exit for the following situations:

The past 18 months have seen extraordinary outpourings of discontent. BBC writer Paul Mason captured the reasons behind this movement well in his column “Twenty Reasons Why It’s Kicking Off Everywhere”

Listen closely as the voice of the people begins to gain momentum. Look for both the technology that supports it to improve, startups to form around the micro-movement industry and spring to life, and political pressure to be felt like never before.

The Arab Spring has set most governments of the world on notice.

On January 1st, probably more as a preemptive strike, the Chinese government ordered the cancellation of what it considered “low brow” programming, dropping many of its most popular TV programs from 126 a week to just 38, according to Xinhua, the state news agency.

Each of China’s 34 satellite television channels is now limited to an hour and a half of light entertainment programming between 7.30pm and 10pm. In addition, the regulations now require at least two half-hour news bulletins a night.

Protests are now a daily occurrence in China and officials are responding to each incident differently. But this kind of “people power” will not go away anytime soon, and China will have entirely new kinds of outbreaks to deal with this year.

Economic turmoil is causing uprising throughout Europe, but this time around they will be far more exacting in how the protests are staged.

Even Russia’s Vladimir Putin is now receiving unprecedented push-back from his heavy-handed governing authority. No governments will be exempt.

The age of protest has only begun. With new tools coming online daily, and the overarching reach of the awareness extending even further, those who are caught in the crossfire will no longer have the luxury of planning a response. They will need to react quickly, and correctly. If not, they will end up little more than footnoted casualties of the power of the people and the great consumer backlash.

← Year in Review: Top 10 Articles on FuturistSpeaker.com 25 Technologies I Didn’t See at CES →