Should Robots Have Their Own Bank Accounts? 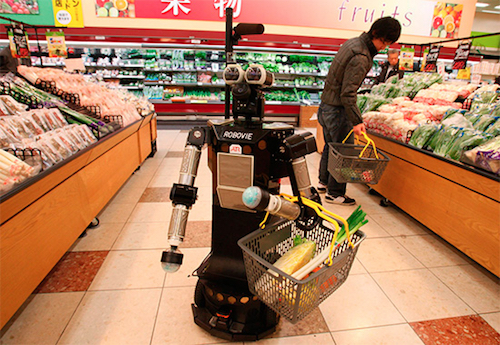 The year is 2027 and Winston, a newly born house-bot charged with doing a number of domestic chores including cleaning, meal prep, laundry, and building maintenance, has been programmed to not only perform the work, but also restock supplies once they reach a certain level.

Owners have wide latitude in the amount of autonomy they can grant their bots when it comes to decision-making, and spending authority is always the one given most attention. Much like a young child making decisions on their own for the first time, owners are typically reticent to grant too much authority until all of the systems are proven to be reliable.

The recent news story about a similar bot in Portugal, that glitched-out in an endless loop and ordered over $20,000 in cleaning supplies in less than a minute, was still fresh in everybody’s mind.

Yes, safeguards were quickly put into place to prevent anything like the Portugal incident from ever happening again, but the hangover effect of bad news has a way of lingering for a while in the background.

Typically, after the first 200-300 text messages from a bot, seeking spending approval on everything from $3.45 toothpaste to $12.93 laundry detergent, the owners typically relinquish their item-by-item purchase scrutiny in favor of the peace of mind that comes from being less bothered.

But on this occasion, the store that the bot normally buys from has discontinued the brand of pasta it was requesting. When this happens, after searching for other likely suppliers that happen to be too far away, the bot sends over a list of possible replacement options, along with product ads and marketing descriptions.

Since most domestic products like this come with a list of personal preference attributes like smell, taste, and texture, it’s not possible for a bot to make a personal preference decision based on what the owner truly likes. Ideally samples are sent for owners to conduct a personal experience test, but pasta is not an item easily sampled. So this one required an additional text message.

As a way of safeguarding decisions like these, most owners have chosen to open separate bank accounts for each of their bots as an additional measure to limit potential losses. Winston, the house-bot has his own account, just like Trimly, the yard bot, and Sped, the deliver drone.

Here’s why most homeowners will opt for this approach in the future and why today’s banks are ill-prepared for this kind of activity. 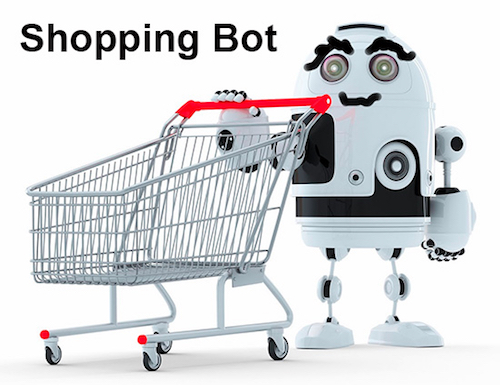 Will shopping bots ever be banker friendly?

For bankers, checking accounts have traditionally been a loss leader, used to entice people to deposit their money into their bank. In the banking world, the larger the deposits, the greater the number of loans they can make, and the loan department is where banks make most of their money.

But over the years, banks have chosen to add a number of tripping hazards to checking accounts to make up for their losses on small personal accounts.

This means that only the most hyper-analytical account holders are able to avoid the overdraft fees and over-limit fees imposed on those living paycheck-to-paycheck.

With the advent of bots, and the subsequent bot-accounts, bankers are now contending with personal master accounts filled with multiple sub-accounts, which exponentially complicates the accounting issues they’re forced to deal with.

Not only has this necessitated that all tripping hazard fees fall by the wayside, but they’ve found customers to be very price sensitive when it comes to imposing monthly account fees to make up for their losses.

In the years of vacillating about whether to let go of their highly profitable offender-fees, a new breed of bank alternatives has sprung to life, offering lower cost everything, and better service to boot.

Even though banks are still handling transactions deep in the background, they’ve become a far less visible facet of daily life. 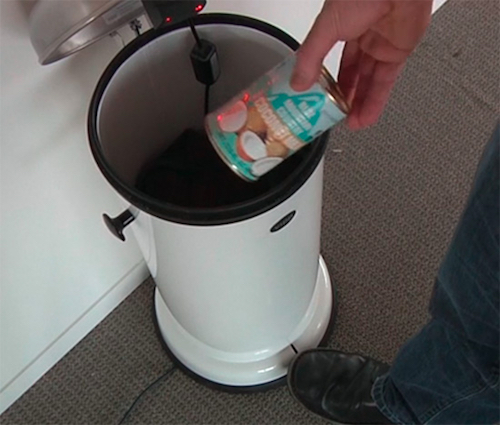 Rest assured, as a society we don’t instantly jump from today to a future world with bots making purchase decisions. We will begin with a host of other unbanked appliances that first introduce the concept.

As an entry point, the Amazon Trash Can, with it’s scanning-and-reordering of every product being disposed of, will set the stage for similar smart, and eventually smarter, devices.

Here are a few logical Internet of Things approaches to what will likely happen soon. 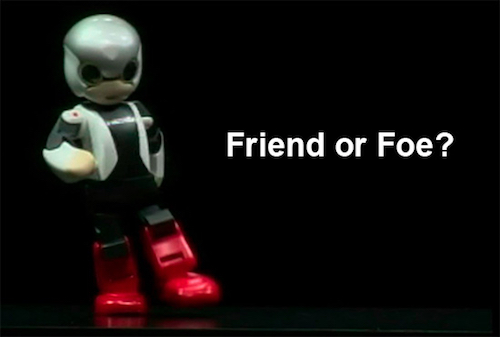 In the future, how will you know the good bots from the bad ones?

How much authority will future bots have? Will they be given the authority to keep alcohol away from alcoholics, cigarettes away from minors, and turn off devices when kids should be doing their homework?

Will the same bots that serve as your personal trainer and image consultant also be given authority to change your diet, schedule doctor appointments, and arrange social engagements?

Will they be given authority to sign for certified mail, to fill a prescription, hire an exterminator, or care for a baby?

Could we also go down the dark side of robotics and direct them to terminate a dictator, rebel leader, or anyone else who may stand in our way?

Will bots be used as the intermediaries in drug deals, human trafficking, and arms shipments to keep the principals at a safe distance?

Will autonomous bots with bank accounts ever have to pay taxes? Could community bots be organized like a foundation and evolve into the biggest tax haven of all times? 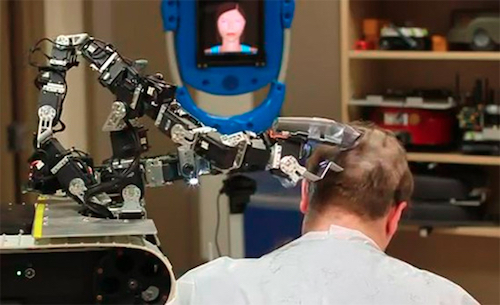 Would you allow a robot to give you a haircut?

In much the same way servants, nannies, and butlers were given budgets and spending authority for a household operation in the past, next generation robo-butlers will be given similar responsibilities in the future. Only there will be a lot more of them, and the issues and implications will become far more complicated.

As we enter the era where machines talk to other machines, it will soon make perfect sense to have house bots talking to bank bots and store bots to handle menial chores like buying supplies for the home and office.

Until now, bank accounts have never been viewed as a personal necessity. In fact many banks have implemented strict qualification processes to weed out those who were deemed undeserving.

In fact, only 30% of the world’s population today actually has a bank account.

The coming bot era can either be viewed as a blessing or curse for those in the banking world. But it will be up to them to claim the high ground, and they will need to do it quickly.