Technological Unemployment and our Need for Micro Colleges

Business owners today are actively deciding whether their next hire should be a person or a machine. After all, machines can work in the dark and don’t come with decades of HR case law requiring time off for holidays, personal illness, excessive overtime, chronic stress or anxiety.

If you’ve not heard the phrase “technological unemployment,” brace yourself; you’ll be hearing it a lot over the coming years.

Technology is automating jobs out of existence at a record clip, and it’s only getting started. But at the same time, new jobs are also coming out of the woodwork.

In March, when Facebook announced the $2 billion acquisition of Oculus Rift, they not only put a giant stamp of approval on the technology, but they also triggered an instant demand for virtual reality designers, developers, and engineers.

Virtual reality professionals were nowhere to be found on the list of hot skills needed for 2014, but they certainly will be for 2015.

The same was true when Google and Facebook both announced the acquisition of solar powered drone companies Titan and Ascenta respectively. Suddenly we began seeing a dramatic uptick in the need for solar-drone engineers, drone-pilots, air rights lobbyists, global network planners, analysts, engineers, and logisticians.

Bold companies making moves like this are instantly triggering the need for talented people with skills aligned to grow with these cutting edge industries.

In these types of industries, it’s no longer possible to project the talent needs of business and industry 5-6 years in advance, the time it takes most universities to develop a new degree program and graduate their first class. Instead, these new skill-shifts come wrapped in a very short lead-time, often as little as 3-4 months. 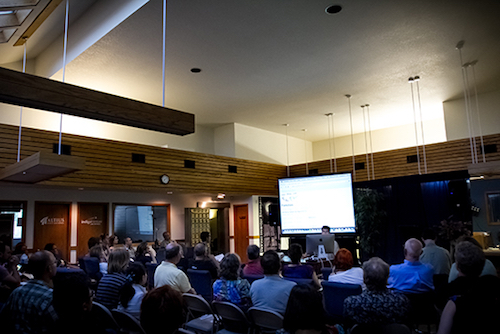 Recent workshop at the DaVinci Institute

Every new technology creates a need for more training. Very often it ends up being niche learning that takes place in-house with existing employees. But we’re also seeing a growing refinement of industries driving the need for huge new talent pools that currently don’t exist.

This is also an area where traditional colleges have missed the boat. Their attempt to put everything into a 2-year or 4-year framework has left the largest untapped opportunity ever for short-term full-immersion courses that help workers reboot their career. 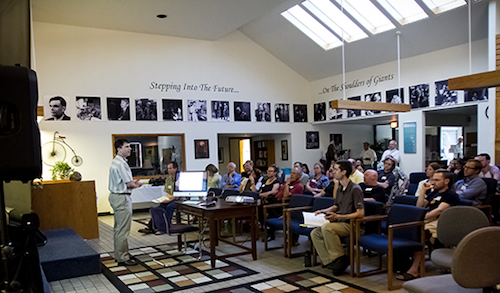 Proud to be a DaVinci Coder

The rapid growth in coding schools such as our own DaVinci Coders is only a tiny slice of a much larger Micro College pie that will get created over the coming years.

At the DaVinci Institute, our goal is to create a working laboratory for launching new Micro Colleges. These Micro Colleges will span the spectrum from “fly drone academies,” to crowdfunding schools, 3D printer designer schools, aquaponics farmers institute, and countless more.

Stay tuned, the best is yet to come.