The Coming of the Terabyters 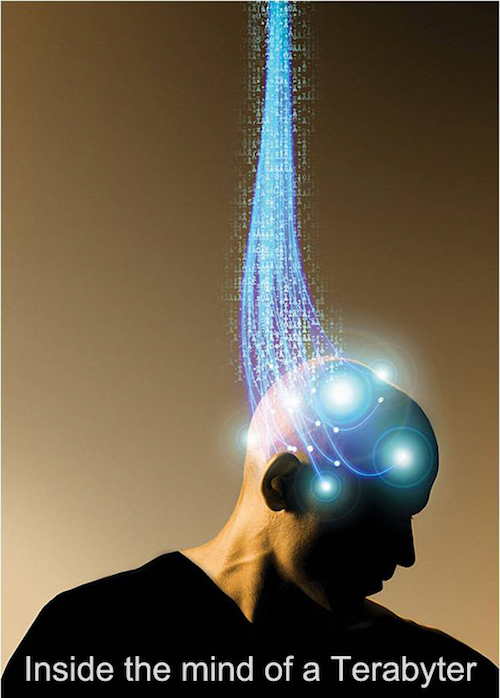 A new breed of worker, equipped with uber-geek data-capturing tools,
are about to usher in a whole new information era

Recently I was preparing for a talk on the future of money, a talk I have given many times in the past, and I became absorbed with one singular thought – the relationship between information and money.

The value of a person, as an example, has traditionally been calculated based on hard number such as money in their bank account, personal assets, 401Ks, earning power, etc. As our ability to capture and process information improves, we are able to assign many more numbers to the intrinsic value of an individual.

Today we find ourselves in an awkward in-between state of trying to transition from a world based on hard currencies to one where things like talent, relationships, knowledge, reputation, personal networks, influence, and accomplishments all have growing significance. These attributes have always held value, but only recently have they been considered valuable enough to serve as a tradable commodity.

In the coming years we will see an explosion of systems designed around the quantification of human attributes and personal influence serving as the basis of new currencies. And these currency movements will be driven farther and faster with introduction of The Terabyters.

In 2008, Americans consumed 1.3 trillion hours worth of information, which translates into 12 hours of information per person per day. If 12 hours a day seems a bit much, consider the sources of TV, radio, games, social networking, surfing the Internet that continue to play an ever greater role in our lives. From a literary standpoint, Americans consume 100,500 words per day from these same sources. That amounts to 34 gigabytes each day or a total of 3.6 zettabytes total for 2008.

As impressive as these numbers sound, they are tiny compared to the walking information nodes we will see in the near future. These are people I have begun to call the Terabyters.

A terabyter is a person who produces more than a terabyte of new information every day. Today, only a handful of these people exist, but the numbers will soon swell along with the development of new data capture equipment.

Each morning Winston rolls out of bed, takes a quick shower, and begins to strap on the trademark Gargoyle gear. Named after the characters described in Neil Stevenson’s Snow Crash, a Gargoyle is a person who equips themselves with a wearable computer of sorts, and is constantly collecting visual and sensory data about his/her surroundings, while continually being jacked into the Metaverse (Internet).

For Winston, his role in life is to serve as a human information node in the rapidly growing world of extreme data immersion, and his income is both directly and indirectly dependent upon the amount of information he is able to amass on a daily basis.

The information Winston collects is being continually streamed to the server farms for search engines designed for the physical world. Each video stream coming from Winston is layered with object recognition software, geospatial coordinates, and other sensory response data to the physical world around him into digital information that is searchable.

He represents a human version of the spidering bots that tech companies currently use to scan the digital web. But spidering the physical world requires a more human approach, and that’s where Winston comes in.

Search technology companies such as Google, Yahoo, and Microsoft have agreed to buy the incoming data streams from Winston, and thousands more people like him, based on a percentage of ad sales associated with the display of his information.

Two years earlier, Cisco began a campaign to promote the lifestyle of the Terabyter as a way to force the other industry players like AT&T and Verizon to step up their game. Within a few short weeks, seemingly everyone on the planet knew what the hottest new ultra-cool profession would be.

As a full-fledged Terabyter, people can do whatever they want to, anytime, anyplace, and still make money.

For a mere $5,000 worth of equipment, and a commitment to wear the gear relentlessly, virtually anyone can become a Terabyter, and the money will start rolling in.

Admittedly it isn’t a lifestyle that will appealed to everyone. The equipment is a hassle and the income is rather sparse to begin with. But those who stick with it will see their income grow and, over time, the equipment will become far less intrusive.

However, for the people who start early and stick with it, this is the ultimate lifestyle. Every day is an adventure, finding new places to explore, new people to meet, and never bound to a desk or a computer. Their livelihood is directly related to how active their lifestyle is. 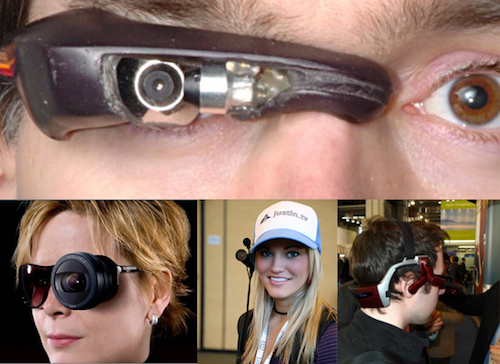 To be sure, there will be many players involved in developing a system to ramp up data collection to this level. All of the Internet service providers will have to gear up, new bandwidth needs to be allocated, routers and switching systems have to be changed out, browsers and operating systems will need to be updated, and search engine thinking will have to be revised.

Invariably, this whole shift will begin with a ragtag operation of sub-terabyters seeding the data universe. The initial capabilities will be quite limited with regional test-beds set up to demonstrate the potential inside a single city. But once a major player like Cisco begins to smell an opportunity, everything changes quickly.

Terabyer gear is already available, but still in crude, marginally-usable formats. Video capture goggles, helmets, and other devices will quickly morph into sleek, barely-visible equipment that can be mounted in, on, and around the wearers.

Once the world gets a glimpse of the potential, along with the right incentives, Terabyter gear will begin to fly off the shelves, system registrations will skyrocket, and a whole new income-producing lifestyle will spring to life.

In addition to the ongoing video stream of a Terabyter’s surroundings, the video images will be overlaid with biosensor response data, assigning emotional values to individual objects, places, and people.

Each month new sensors and data-collection gear will show up in the marketplace and Terabyters will have to decide which elements to replace on their apparatus. .

Some of the initial dissention will stem from whether or not it’s necessary to use humans. Terabyter equipment can easily be strapped onto cars and bicycles, but the most valuable data will come from the places that only humans could go.

To be sure, privacy and security issues will rise to the surface, but these will not be insurmountable matters.

After viewing the world through the lens of a Terabyter, I’d like to focus your attention again on the emerging relationship brewing between information and money.

For this reason, all money is fiat money, based on trust.

Money today is nothing more than information – digital nuggets that have been assigned value buried deep inside our information reserves. Mining for information is similar to mining for gold or any other precious metals. You have to know what you’re looking for.

If you’re still struggling with the concepts here, Dan Robles, founder of the Ingenesist Project offers a set of projections for 2020 based on “an entirely new form of capitalism whose velocity and voracity will take the world completely by surprise.”

Hold on to your hats, the transition is right around the corner. And the change agents who will help usher in this new system will be none other than the Terabyters.

← Next Generation Literacy The Future of Libraries: Interview with Thomas Frey →