The Coolest Profession on Earth – Next Generation Agriculture 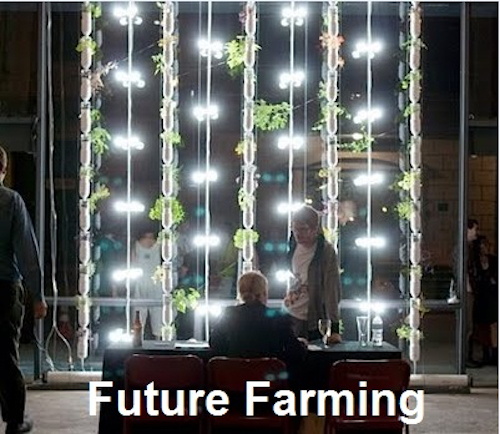 Future agribusiness professionals will be some of the most highly
skilled people on earth, and the envy of the executive class

When people think of farming, they typically conjure up images of a tractor cresting a hill billowing large plumes of exhaust into the air. However, recent news of a system for channeling tractor exhaust into the dirt, so carbon fumes are plowed into the soil eliminating the need for fertilizer, has been gaining significant attention. The win-win arrangement of turning a known pollutant into a soil enriching additive, combined with the prospects for significantly lower operating costs from the elimination of fertilizer has many farmers buzzing. The technique, developed by Canadian, Gary Lewis of Bio Agtive, is currently in trials at 100 farms around the world.

Stories such as this are happening with ever greater frequency as the slow process of farming adapts to the fast world of communications, and ideas that used to take years to ferment, now begin to snowball within days, even hours. The stage is being set for an unprecedented new generation of farming driven by ever greater levels of precision, relevancy, and control, the likes of which will transition the once primitive profession, typified by long grueling hours in the sun, into a hotbed for techno-geek agrarians packing handhelds and data readers trained to monitor far more than markets, yields, costs, and moisture content.

As with all industries, there are many micro-forces driving the changes ahead. But viewing them through the lens of these three progressing trend lines helps us grasp the interwoven nature of these sometimes competing drivers.

A typical ear of corn holds 800 kernels. Since one kernel of seed will grow into a stalk with more than one ear on it, the yield per kernel can be as high as 1 to 3,200 or more.

Spraying systems for herbicides and pesticides also employ GPS trackers that cause the shut-down of individual spray nozzles to maintain optimum consistency.

Emerging tech companies such as the Denver-based Moedus and their LiDAR (Light Detection and Ranging) scanners with accuracy to 1 mm, have the potential to not only radically improve GPS accuracy, but also add 3D imaging characteristics to the data.

With this level of precision already existing, it becomes inconceivable to most that we may be striving for even greater precision. However, borrowing a term from my Oxymoron Dictionary, not only will we be pushy for greater accuracy, the stage is being set for “explosive precision.”

Smart Dust: The idea of smart dust was introduced by Kristofer S. J. Pister at the University of California in 2001. Smartdust has been conceptualized as an RF powered network of tiny wireless micro-electromechanical systems including sensors, robots, or other devices, installed with wireless communications, that can detect anything from light, to temperature, to vibrations, to chemical composition, etc.

With the same equipment used to sow seeds, smart dust will be “planted” into the soil to begin the monitoring process. Farms that are imbedded with smart dust will essentially be glowing with real-time information.

Beyond the notion of simply monitoring a piece of land, smart dust will become the interface to the soil. Scientists are now studying the use of magnetism at the nanoscale to monitor and control biological activity, at the cellular and even the single-molecule level. By emitting everything from magnetic fields, to sound waves, to signal frequencies, farmers will begin to experiment with micro-controls to alter plant characteristics, ward off pests, and enhance crop production.

Problem with borers or weevils? Just adjust the frequency to chase them off.

First generation smart dust will be quite expensive and each particle will be carefully tracked. But a few innovation cycles later, the price will plummet, and over time their use will become ubiquitous.

These are exactly the type of questions driving the relevancy issue. How can we make the food we eat sync up with our own unique metabolism? In short, how do we make food more relevant?

Consider a model that already exists – in the human-food interface. Metabolism is a term used to describe the various chemical reactions that take place in every cell of the body. Every metabolism is different. With our rapidly improving ability to read and monitor a person’s metabolic reaction to the food eaten will cause the agriculture industry to evolve with great precision around the tiny niche demands of consumers. 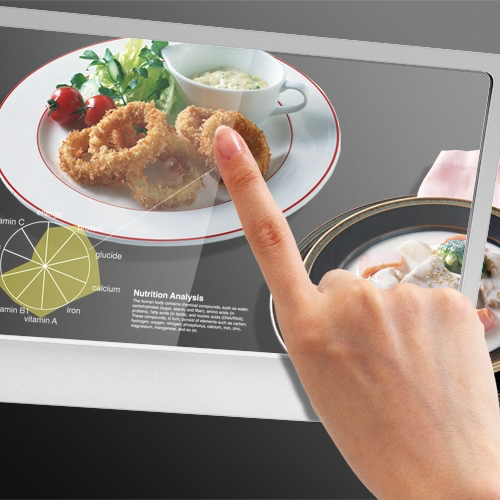 Bright future ahead for smart foods

Smart Foods: Over time the food industry will create feedback loops and demand signals similar to human metabolism. Science will create real-time reactive sensors in our bodies that can read everything from the fluctuation of brainwaves, to micro changes in heartbeats, to gastro-digestive processes, to variations of skin perspiration rates. This constant monitoring of hundreds if not thousands of bodily nuances will translate into healthier food choices and, more importantly, choices tailored specifically to an individual’s needs. Sensors will be designed to interface with a hyper-segmented supply chain to meet the needs of a hyper-individualized consumer.

To put this into perspective, a typical home in 2030 will have a personal monitoring system that generates a grocery list based on the anticipated needs and stated desires of each person living there. Food orders will be placed either automatically or with as much control as the person desires. The order will go to the local food supplier, who will be in constant communication with regional suppliers, and they will be in constant communication with the food producers.

The entire demand-driven supply chain will be wired to the needs of the end user.

Much like the seemingly endless iterations of coffee at Starbucks, food from restaurants and fast food outlets will come in over a million variations. Customers will be able to order a 13.2 percent fat cheeseburger with 2.7 grams of potassium and 3.6 grams of calcium, coupled with a hint of almond and banana flavoring, on a sesame seed bun with exactly 47 sesame seeds on it.

This may seem like a ridiculous level of specificity. But in an automated society, the process will become seamless and invisible to the end user. It will be commonplace for a person to simply order their particular cheeseburger. Medium for me, please – with only one dill pickle, no lettuce and a tomato.

Farmers will become expert at producing “jacked-in” food stocks with countless variations, managed through computerized processes designed to manipulate the end results. Controls will be exercised along a broad spectrum from environmental conditions such as light, water, and oxygen levels in the air to genetic manipulation according to approved safety guidelines.

The regulatory system for insuring ultra-safe food supplies will be constantly monitored through automated data feeds at each step of the supply chain.

By 2030, a farm or ranch will adopt technologies that leave today’s operations far behind. Pushing the envelope even farther, the ultra high tech farms of the future will generate exotic half-plant, half-animal vegetation as well as crystalline plants, air plants, and generic non-species plants designed for post-harvest flavor and nutrient infusions.

Every business is more easily managed with better control of the variables. Farming is an industry with far too many variables to yield consistent results.

First, the weather variable. It is extremely rare to hear a farmer say, “I had the perfect amount of rain this year.” It’s either too hot, too dry, too wet, too cold, too windy, lightning, tornados, hail, or something else.

Second is the pest variable. Everything from birds, to insects, to army worms, to moths, to gophers, to other unimaginable little critters raising havoc on a crop.

Beyond that are soil variables (mineral composition), climate variables (length of growing season), and distance variables (shipping costs to processors, distributors, and consumers).

Farmers are constantly searching for better ways to gain control of the hundreds of variables that currently exist. 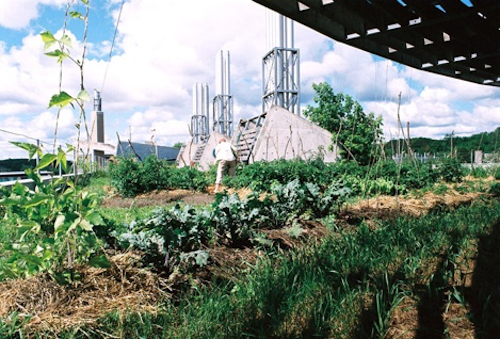 Silo Farming: The precision we use to monitor consumer demand, coupled with the increasing need to control variables, will begin the transition to ultra-precise farming operations in highly controlled environments. Today’s surface farming is both imprecise and subject to extreme external influences, making it less than ideal to supply the consumer marketplace of the future.

Since traditional greenhouses are expensive to build and inefficient to operate, farming in the future will go vertical.

Several experimental vertical farming projects like Dr. Dickson Despommier’s at Columbia University are in various conceptual and experimental stages of implementation. However, most designs are far too expensive to compete economically with existing ag operations.

The concept of vertical farming that I envision, has been framed around the idea of creating both below-surface and above-surface silos serving as vertical greenhouses for the production of food. These cylindrical shaped silos with either layered or honeycomb lined walls filled with rich top soil have the ability to convert a small surface area on land into a much larger surface area on the walls of the silos.

The entire production area in these silos will be managed with a robotic arm that travels up and down a central shaft performing all necessary tasks of planting, weeding, watering, harvesting, and post-harvest cleanup.

The central vertical shaft will double as both an optical shaft through which sunlight will be channeled to provide natural illumination for optimal plant growth as well as the primary rail for the robotic arm. Sunshine will be collected via a solar concentrator from the above-ground portion of the silo. 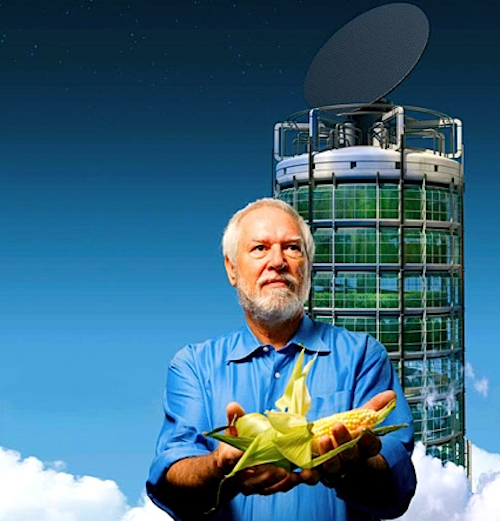 Special hybrid crops will be created for these confined space environments. Short-stalk corn, personal sized fruits and vegetables, and fragile seed crops are but a few of the ag options coming for silo farms.

With water generated from an ongoing evaporation system that extracts moisture from the air, and external wind generators for power, these self-contained farming silos can be constructed in desolate climates, deserts, on rocky ground, and some of the most unforgiving places on the planet. This, coupled with the fact that it creates a year around farming operation on greatly expanded surface area, has the ability to increase the earth’s ability to produce food by a thousand fold.

As we monitor the trend lines of precision, relevance, and control, the future starts to come into focus. Next generation farming operations will create unprecedented new levels of opportunity, making future agribusiness professionals some of the most highly skilled people on earth, and the envy of the executive class.

Farming is about to become the coolest profession on earth.