The End of Theft 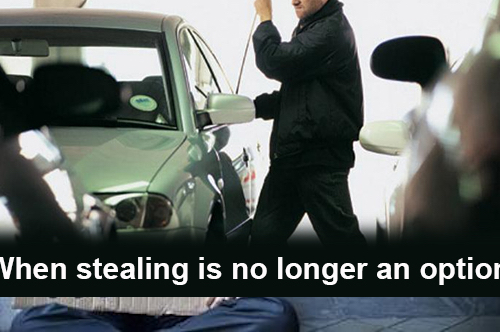 What does it mean to “own” something?

I’m sure there are legal definitions, but most of us believe that once we purchase an item, we own it. Our relationship with that object shifts from ogler to owner in the blink of a cash register transaction.

Ownership also happens when we make things, find them, discover them, or purchase or raise pets and livestock. But how long does this ownership relationship last?

As every businessperson knows, theft is a major problem with most viewing some percentage loss as unavoidable. However, that attitude is about to change.

With improved security systems, vehicle theft has been dropping since 1998, and will be all but eliminated by 2030 with the Internet of Things.

By 2020 over 50 billion devices will be connected to the Internet. By 2030, virtually every item of value will become traceable with tiny electronic sensors, known as smart dust, manufactured into them.

Along with this level of traceability will come a number of other opportunities that I would like to explore, such as the complete elimination of theft. But not everything with this technology will be welcomed with open arms.

The “Can We, Should We” Debate

Next generation manufacturing will have the ability to automatically embed smart dust particles with sensors and transmitters into everything we own. Whenever a purchase occurs, items over a certain dollar value will be assigned to a personal ownership network that we control.

Sensors in our clothing, cars, jewelry, shoes, and homes will be primarily used to detect everything from air quality to health irregularities, but they will also alert an “owner” when a theft has occurred.

Whenever there is a “disturbance in the force,” officials will be notified.

This all sound good on the surface, but let’s dig a little deeper.

Our so-called intelligent systems have a way of bringing onerous rigidity into our lives. From a convenience standpoint, yes we can make systems that are very easy to use. Yet from a personal responsibility standpoint, it holds us to an accountability standard that may be impossible for most to achieve.

In analyzing a system like this, it’s always important to search for the unintended consequences. This doesn’t mean we need to decide the fate of this yet-to-be-invented technology on a few ill-conceived edge cases, but from a fully informed citizen of the future position, it helps to start interlocking the big picture puzzle pieces early.

A phrase often associated with Benjamin Franklin is “A place for everything and everything in its place.” This scenario takes that model to the logical extreme.

In 2030, every purchase over $50, or what ever minimum you choose, is automatically assigned to our “personal ownership network.” Tagging chips built-in to these items automatically provide a full description of the product, serial numbers, date of purchase, manufacturing details, and more. All of this information is transferred into your personal ownership network, an intelligent software system designed to manage everything you own.

Ownership in the past has been a loosely defined relationship between us and our possessions. More expensive items such as land, buildings, and businesses typically come with legal titles to help validate ownership, but many items, such as jewelry, came with scant proof of title. And after the original purchase, an item’s possession trail has been murky, at best, with donations, gifting, and resales offering little evidence to validate what took place.

Over time, most of what we own will either increase or decrease in value based on market conditions, but we have very little understanding of these deviations.

Personal ownership networks will be designed to keep up-to-the-second information on current valuations, historical data, photo and video records, and the real-time location of each item. Items that drop below the assigned minimum will fall off the radar and no longer be tracked.

In addition to tracking an item’s real-time location, the ownership network will also track any changes to the condition of the object. As an example, if someone decides to key your car, it will know instantly, turn on surveillance cameras and identity sensors, and alert authorities.

When items are transferred, sold, donated, loaned out, pawned, or given away, responsibility for those items is then shifted from one ownership network to another. 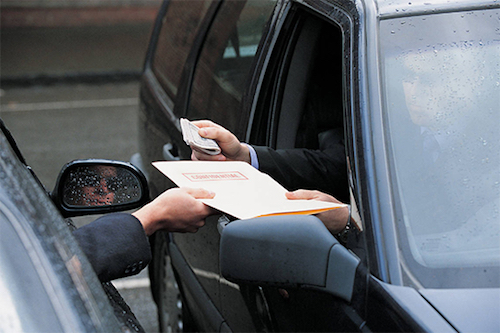 Future transactions will no longer be this easy

Many items we purchase have little value after they’ve been used or consumed. Here are a few examples:

Yes, most of these items may be more effectively managed through an ownership network, but by describing some of their characteristics you can also see some of the messiness that will likely come into play.

Other unintended consequences may involve people attempting to lay claim to such things as horses or buffalo on the open range, unassigned archives in a museum, un-copyrighted material, or any unsold inventory.

It’s also not clear whether we would track currency. If nothing else is stealable, the only option may be to steal cash.

In most cases though, theft suddenly transitions from an overt act of stealing, such as armed robbery, to hackers breaking into ownership networks and changing the underlying records and path of possession.

Perhaps the biggest unintended consequences will stem from the incremental loss of privacy and the ever-increasing levels of transparency needed to function in a future society. 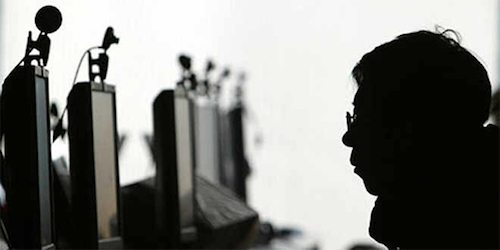 As the probability of getting caught approaches 100%, the likelihood of someone committing a crime drops precipitously.

At the same time, it would be nice to think that we could eliminate theft altogether, but ownership networks will naturally come with their own flaws. Most will require far more attention than we currently pay to our assets. This, of course, can be both good and bad.

Most concerning, though, will be our loss of anything resembling privacy in the future. Virtually everyone who has made it into the history books has been a rule-breaker. Yet for all the accolades we heap upon past rebels who zigged left when everyone else zagged right, future versions of today’s luminaries, responsible for much of the world we live in, will face instant scrutiny in a micro-monitored future.

Whenever I attempt to break new ground with a topic like this, I’m generally not seeing the whole picture. So please take a moment to weigh in and let us know your thoughts.