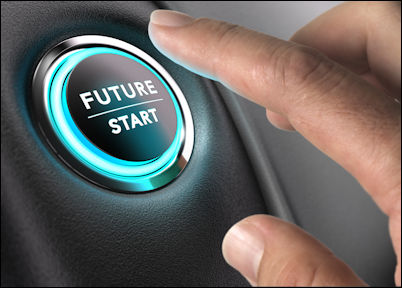 When is the last time you made a prediction that people paid attention to?

Like many things in life, there are a number of methods and techniques that can be used, but the thought processes involved in making predictions are not always as straightforward as we might imagine, and to be sure, creating a viral one includes a huge degree of luck.

For this reason I’d like to step you through my latest lightening-strike of imagination to give you some insights into this mystical science.

In 2018 ecommerce finally reach the 10 percent mark. It has taken ecommerce a full 25 years to build enough momentum for 10 percent of all retail customers in the U.S. to make the transition to online sales.

This is a very important data point because it speaks to the heart of our human ability to adapt to a new way of doing business.

Granted, it is only a data set of one, but it opens the door for talented observers to speculate on the “25-year rule of human behavior” that has the potential to better refine our understanding of the changes at hand.

Does this mean that it will take 25 years for 10% of all travel to transition to autonomous vehicles? Perhaps. But let’s dive a little deeper into this topic.

The Fine Art of Creating a Viral Prediction

One of the key features of a viral prediction is its “surprise factor.” So if I predicted “by 2040 only 10% of the cars on the road would be driverless,” this would indeed surprise many of the autonomous transportation enthusiasts because it would be far lower that they’re expecting.

With driverless cars having a rather blurry beginning date, 2040 fits closely to the auspicious 25-year rule. Also, 2040 ends up being a milestone date that’s easily remembered.

However, “10% of the cars on the road” is far different than total commuter traffic. Doing a hardware prediction about total vehicles on the road is quite different than predicting commuter miles and trips. By adding a second half to the prediction, we can spice it up even more, and make it far more intriguing.

This kind of prediction has what I call, a double surprise factor, and it brings with it a level of complexity that begs for more detail and discussion.

Many people have a strong loyalty to their cars and will have a hard time making the transition to go “carless.” For this reason, it can be argued that the vast majority of cars will have transitioned into the category of hobbyist vehicles that are only driven once a month or even less.

Today’s “just in case” mindset of having a car in the garage just-in-case we need to go somewhere will be replaced with “just in an extreme case” attitude that will keep a car in their garage in case the national system breaks down, or they need to “sneak away” for an old-fashioned drive in the country, or we get attacked by aliens.

Whatever the reason, many people will have a hard time parting with their “first love.”

Throughout the prediction and the surrounding discussion, each of the elements, and its supporting data, needs to maintain an overarching “ring of truth.” While it may insult your intelligence initially, after thinking about it, you mentally say, “ok that makes sense,” or “hmmm, I’ll need to think about that,” or it at least gets a qualified “maybe.”

A follow-on prediction is one that is derived from the first one.

The prediction I made above will naturally lead to a number of follow-on predictions:

Each of these follow-on predictions becomes a logical extension of the original, but they also demand the same level of scrutiny given to other forecasts.

Predictions are an imperfect art form. On one hand they force a listener to think about an event in the future that they may never considered otherwise. It also forces them to draw their own conclusion.

Yet virtually every prediction will be wrong on some level. It may be the wrong time frame, too broadly defined circumstances, different age group, or incomplete data set. But even if every aspect of a prediction is described perfectly, when it finally happens, it somehow feels different.

For these and a number of other reasons, predictions have become a lightning rod for objection and criticism. That comes with the territory.

I should note, that is you receive no criticism; the prediction hasn’t stirred up enough emotion and can’t possibly go viral.

I always consider the best objections to be ones that come from highly articulate people that raise issues that I haven’t considered, and build an entire discussion thread around their key arguments. 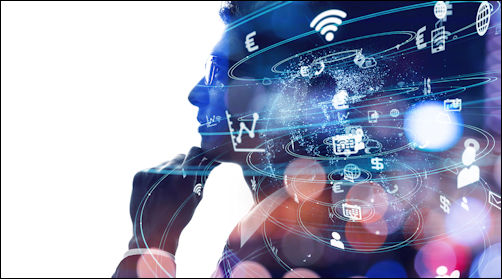 That said, here are five predictions that have gone sufficiently viral to cause them to spread around the world.

“By 2030 the largest company on the Internet will be an education-based company that we haven’t heard of yet!”

I first made this prediction in 2014, but it went viral after an interview with Business Insider early in 2016 and later became the focus of a World Economic Forum video that went viral on Facebook and YouTube.

“Cryptocurrency is very much here to stay and is going to displace 25% of national currencies by 2030.”

This is a prediction I made during a 2018 interview with Time’s Money Magazine. It first captured the imagination of people inside the Crypto world, but quickly spread to hundreds of other publications.

I made this prediction at TEDx Reset in 2012 in Istanbul and have been quoted on this in newspapers, magazines, and TV stations literally all over the world ever since.

“We will reach the first billion drones in the world by 2030!”

I originally made the prediction in 2014, but it went viral after my talk at the World of Drones Congress in Brisbane, Australia in 2017 where several Australian publications mentioned it.

“The reunification of North and South Korea will happen by 2020!”

This came about because of an interview I did in 2013 with Korea’s Chosun Newspaper, one of the most influential Korean-language daily newspapers in South Korea. Later it became part of a 1-hour show on KBS where I was the featured guest. Now, after the meeting of the Presidents in Singapore and the removal of landmines along the DMZ, this has gone viral once again in Korea and many feel it may indeed be possible.

Some feel the progress that has already been made is enough to call it a “win.” But I’m still hoping for a complete German-like reunification.

Key Ingredients of a Viral Prediction

As you will note, there are a few common elements that will increase the likelihood of a prediction going viral.

Since most aspects of our lives are filled with some degree of luck, we also shouldn’t underestimate the sheer value of saying the right thing in the right place at the right time.

The Power of Prediction

The future is constantly being formed in the minds of people around us. Each person’s understanding of what the future holds will influence the decisions they make today. As we alter someone’s vision of the future, we alter the way they make decisions today. My goal has always been to help individuals and organizations make better, more informed decisions about the future.

If I make the prediction that “By 2030 over 90% of all crimes will be solved through A.I., data collection, and other forms of surveillance,” a forecast like that causes several things to happen.

First, you have to decide if you agree that a certain percent of crimes will be solved that way. If so, it forces you to think about how fast the surveillance industry is growing, how invasive this might be, and whether privacy concerns might start to shift current trends in the other direction.

More importantly, it forces you to consider the bigger picture, and whether this is a desirable future. If it reaches 90%, how many police, judges, and lawyers will be out of a job? Will this create a fairer justice system, a safer society, or a far scarier place to live? 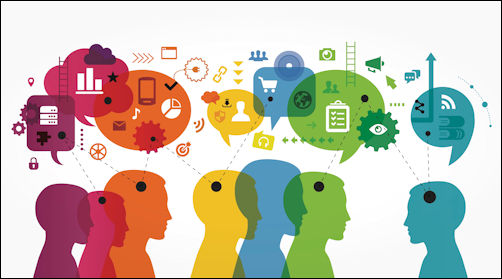 The more we think about the future, the more we expand our understanding of it

Are you changing as fast as the world is? Change is inevitable, but how you deal with change can vary greatly. In a world that never stops changing, great leaders can never stop learning. How do you push yourself as an individual to keep growing and evolving? Does your company push you in the same manner?

The future, as a whole, is unknowable, and this is a good thing. Our involvement in the game of life is based on our notion that we as individuals can make a difference. If we somehow remove the mystery of what results our actions will have, we also dismantle our individual drives and motivations for moving forward. That said, the future can be forecast in degrees of probability. By improving our understanding of what the future holds, we dramatically improve the probability with which we can predict the future.

Futurists come from a wide range of backgrounds and perspectives. What we have in common is well-researched big-picture-thinking, strong pattern recognition, and innate curiosity. Ideas that are routine in one industry can be revolutionary when they migrate to another, especially when they challenge assumptions and rewrite common knowledge among the rank and file.

Discoveries and predictions are closely related. French novelist Marcel Proust once said, “The real act of discovery consists not in finding new lands but in seeing with new eyes.” The most successful companies don’t just out-compete their rivals; they redefine the terms of competition by embracing one-of-a-kind ideas in a world heavily steeped in stealing old ideas rather than blazing new trails.