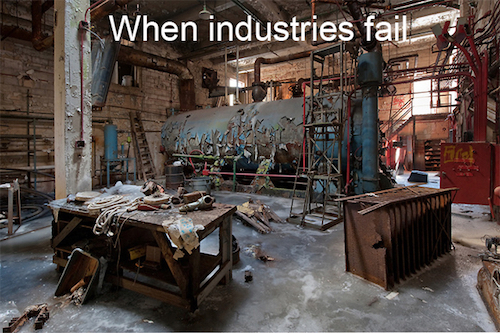 In 2000 we entered the new millennium waiting to see if Y2K would destroy the world, but instead it was our over valued Internet stocks that caused markets to crash.

The second Internet gold rush was just getting started when, in 2007, we watched our global financial systems implode and for several years nothing important got funded.

Rather than solving world poverty we got emoticons. Instead of finding new ways to cure diseases and feed the hungry we ended up with self-stirring coffee mugs. And our quest to educate third world countries gave us Wi-Fi enabled diapers.

Time and again our highest priority goals have gotten compromised leaving us with little more than new ways of rearranging the deck chairs.

It’s not like we haven’t made any progress, but it’s a rather sad commentary when some of today’s smartest people are devoting their intellect to get us to click on more ads.

Yet, in the midst of our lukewarm accomplishments, a few bold innovators are beginning to make a real difference. Fueled with new ways of accessing capital and a massively more scalable Internet, these entrepreneurs have declared war on entrenched corporate business models, setting their sights higher than ever before.

For this reason, every existing industry will soon feel the ground shifting beneath their feet, and if corporate executives think they can rest comfortably on past accomplishments, they’re in for a rude awakening. 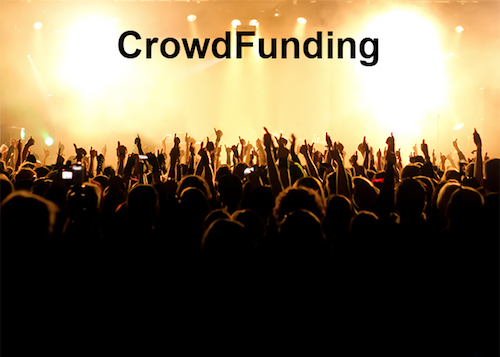 Yet, according to Gallup, the U.S. only ranks 12th in the world for new business creation and significantly fewer new businesses are started today than in the 1970s, when the U.S. population was much smaller.

That’s about to change. Next year the crowdfunding industry in the U.S. is on track to account for more funding than venture capital.

According to a recent report by Massolution, crowdfunding, in all its forms, has mushroomed from a scant $880 million in 2010 to an estimated $34 billion in 2015.

To put this in perspective, venture capital in 2014 totaled roughly $45 billion and angel capital added another $20 billion.

If we simply look at how crowdfunding is more than doubling every year, our initial reaction might be that VC investing is in trouble. But the real relationship between crowdfunding and VCs is still unfolding.

Since venture capital has been funding many of the crowdfunding initiatives, the approach that seems to be taking shape is more of a system of organic crowdfunding exchanges that will enable the smart money to leverage both their influence and money.

The very best entrepreneurs will have access to more money faster, and VCs will be able to monitor which companies are getting traction and cherry-pick their investments.

At the same time, these crowdfunding exchanges will enable investors to buy and sell their positions in response to business demands and increase their overall liquidity.

According to one of Silicon Valley’s most prominent venture capitalists, Tim Draper, “…equity crowdfunding gives entrepreneurs access to a new group of investors who might be great assets to their business. I welcome investing in crowdfunded companies. It means that a company has a large number of promoters before I even invest.”

In a world where everyone dreams of being David in the next David and Goliath showdown, we are creating a whole new generation of super empowered David’s, and quite frankly, the old lumbering giants of industry don’t stand a chance.

Good entrepreneurs have a way of sniffing out where the very best opportunities are, and good crowdfunding strategies will allow them to capitalize on a window of opportunity very quickly.

Founders will also be able to retain far more ownerships and control, and many more early stage investors will have an opportunity to participate in deals formerly reserved for blue chip backers.

Even though the total number of startups will begin to grow significantly, we will also see more failures.

In a black and white world where winners and losers define success, having more failures would appear to be a bad thing, but it’s just the opposite. We’re entering unchartered territory and failures help us define the edges of the path we need to be on.

In the turbulent world of startups every new business gets assigned to one of our new-age taxonomies like Healthtech, Edtech, Fintech, Agtech, or in the case of those wanting to take on our massively bloated tax code – Taxtech.

Industry observers have a penchant for neatly organizing the battlefields so big companies can keep track of the “nibblers,” those attempting to nibble away at the edges of profitability.

But today’s open thinking has given rise to less-definable indirect forms of competition. For example, companies like Uber and AirBNB were already well established before industry trackers started to take them seriously.

Similarly, today’s startups will take on niche and even micro-niche categories so tiny that big companies will shrug when they finally notice them. But even tiny slivers of profitability can flourish, and one micro-niche can lead to a second micro-niche and before anyone is paying serious attention, corporations can begin to lose control of their key profit centers.

Over the next decade, large businesses will find themselves in dire need of a thousand Has Brinkers who can put their fingers in the dikes to plug the leaks in their profit models.

Not to underestimate the big guys, this may also lead to heightened levels of corporate ruthlessness where a couple well-placed character-destroying articles or a few patent infringement lawsuits can devastate a fledgling startup overnight.

Even so, large companies have far more exposed flanks than they’re willing to admit. And when literally thousands of startups begin a simultaneous attack, it becomes impossible to pay attention to all of them.

Much like a school of piranhas taking bites out a giant whale, the eventual death of an industry will unfold like the proverbial death by a thousand paper cuts.

Emerging technology is making every business vulnerable. There are no safe industries…. nor should there be.

As consumers, we should have more choice in the products, service, and performance of all the companies that play a role in our daily existence. Whether it’s the food we eat, the clothes we buy, or vehicles we drive in, all are about to transition in very significant ways.

As humans we are operating at a fraction of our true capabilities. We can do better.

Virtually every once-brilliant new technology that ended up as yet another casualty of corporate meddling in the past is about to make a comeback in the upcoming crowdfunding era.

The graveyards of failure can be a fertile proving ground for those who are interested, and much like a bad zombie apocalypse movie, competing tech that companies had assumed was dead and buried may soon spring back to life in haunting new forms.

As always, I’d like to hear your thoughts on this new age of business. Are we set to begin a wild new ride, or will legacy business still hold us back?