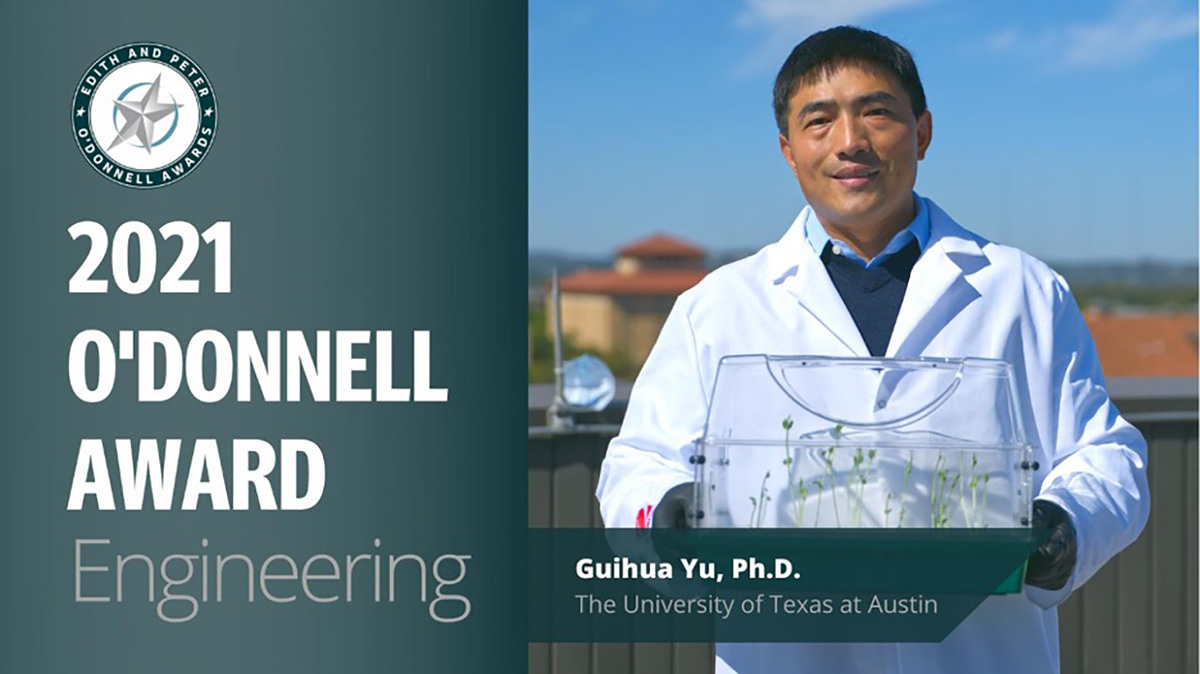 It’s not exactly “self-watering” farming but it’s close. A research team led by Dr. Guihua Yu at the engineering school at the University of Texas in Austin have developed a hydrogel that when mixed with soil captures humidity from the air at night and releases the water during the day to irrigate the soil and promote plant growth.

Hydrogels are not new. These compounds contain water and absorb water incredibly well. They’ve recently been used in things like healthcare, first aid products, and contact lenses. Over the past few years, these UT researchers have been refining many applications for this technology.

Three years ago they reported on their new zinc oxide hydrogel that could remove moisture from the air to minimize localized humidity, by coating an interior wall or window with these materials. Once saturated, hydrogels become opaque and can significantly reduce infrared light transmission when used as a window coating. The materials can even generate small amounts of electricity and serve as an emergency power source similar to the energy from a AA battery.

A year later, Dr. Yu’s engineers spent time exploring how their hydrogel could be used for water generation and filtration. They added a thermal responsive element to the material that causes it to release the absorbed water when the hydrogel is heated – for example by sunlight. At that point they could envision mobile, solar powered water generating systems that seemingly would make water out of thin, moist air.

Dr. Yu and his team pushed this technology even further and developed a specific hydrogel that can be mixed with soil to support a self-watering system for plants and crops. Picture a farm or garden in which hydrogel-infused soil collects humidity from the cool, moist night air and then releases that moisture into the soil in the form of liquid water when the sun rises and temperatures heat up.

In one experiment, radishes planted in the hydrogel soil survived and grew over a 14-day period without any ongoing irrigation. However, radishes grown in a side-by-side experiment with untreated soil, didn’t survive more than two days after their irrigation stopped.

Yu’s engineering researchers found that hydrogel soil farming can be very efficient – one gram of the soil mixture can absorb three to four grams of moisture. For some crops, a kilogram or less of the material can irrigate roughly 1 square mile of farmland. 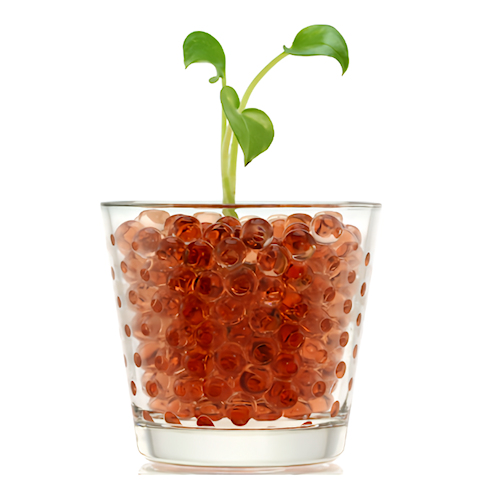 The Future of Self-Watering

Hydrogels are just the latest example of how we are capturing and using some of nature’s abundant, renewable resources. Wind, solar, and hydropower are now mainstream. Hydrogel-infused soil that captures and uses natural humidity will be mentioned in similar breakthrough lists in less than a decade.

And it’s just in time. We’re losing farmland. Lack of soil is not the only issue; desertification and lack of water is becoming a huge factor. Water scarcity is forcing farmers to compete with cities, water recreation, and even wildlife for these resources.

Extreme weather has been altering rainfall patterns, and one of the effects is increased drought. Hotter weather and the resulting faster evaporation are limiting the amount of water for irrigation – just at a time we need more rain for farming to feed a growing world population.

But water is all around us in the form of vapor and humidity – 50,000 cubic kilometers in fact. If a significant portion of farming can rely on hydrogel soil technology, we won’t have to choose between fish and farms.

And it appears that hydrogels can also be infused with fertilizer and pesticides for slow, controlled release of these substances to further promote healthy, substantial crop yields.

Coming to Fields and Gardens Near You

Now that the concept of hydrogel soil has been proven, commercializing and scaling it will likely take 3-5 years. Once it’s mass produced, except in the most arid environments, we’ll see subsistence and commercial farms spring up around the world without the need for irrigation systems, pumping, and other water supply challenges. We’ll have more farmable land that requires less surface water.

Farmers around the world will rototill hydrogels into the soil in their fields. Small bags will be available at home gardening stores to mix with potting or gardening soil. We’ll apply it to our yards so we can throttle back watering frequency for our lawns.

Predictions for the future will certainly always be filled with headline-grabbing topics like space colonization, self-driving cars, and robotics. But the quality of our future may rely just as much or more on basic scientific breakthroughs like hydrogel soil that efficiently tap into nature and our existing natural resources.