Direct to the People – Bypassing the Brokers 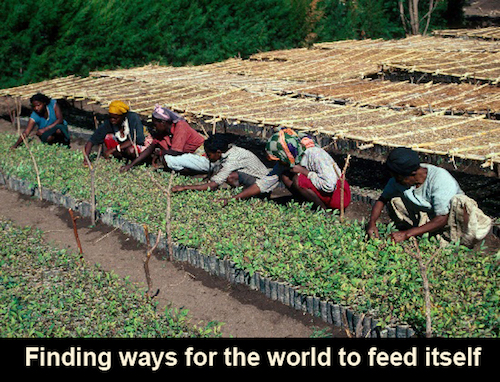 It has always seemed outrageous to me that in a world where so many people are dying of obesity, that we can still have an equally unacceptable number of people dying of starvation.

Approximately 25% of the world’s population is overweight and 13% of the world goes to bed hungry every night. Yes, we have gone from 26% of the world population being undernourished in the 1960 to 13% today, but it remains an intolerably high number.

The problem doesn’t stem from a lack of food. World agriculture produces 17% more calories per person today than it did 30 years ago, despite a 70% population increase.

The principal problem stems from governments that repress economic activities and archaic distribution systems bottlenecked by local powerbrokers that would rather see people die than lose an opportunity to make money.

Emergency rations airlifted into famine-stricken regions often suffer from the same powerbroker issues that prevent desperate people from receiving the food that was intended for them.

For this reason, I would like to explore the idea of a novel delivery system that would involve airdropped rations with an external packaging that would form an airfoil when dropped to insure a broad scattered pattern of distribution. Here is how it would work. 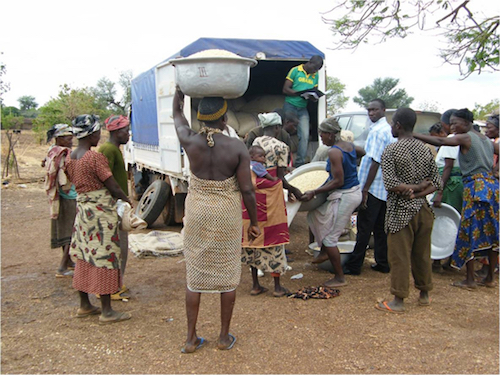 Delivering the food to the people

Traditionally, emergency rations have been packaged in cardboard boxes and placed on wooden pallets in much the same way grocery stores receive their food shipments. Food is placed in boxes, boxes are placed on pallets, and forklifts are use to load and unload trucks and cargo planes.

The delivery system on the shipping side demands a similar system on the receiving end once shipments have been delivered. This insures that people who have control of forklifts and warehouses often control the overall distribution of the food. 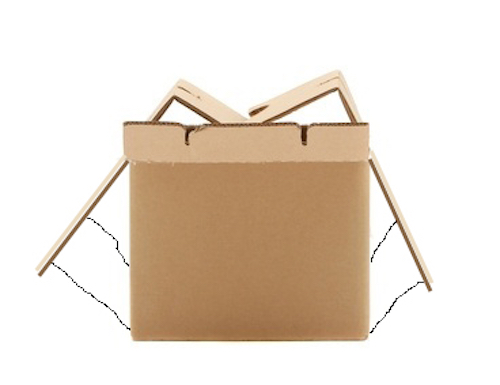 Direct to the People

The idea that I would like to propose is a new type of packaging for emergency rations where the outer shell of the container opens into a broad-wing airfoil when dropped from a certain altitude, and the delivery pattern of the boxes would insure a broad distribution on the outskirts of a village.

As the boxes are dropped from the plane, the rushing airflow will cause the outer layer of the box to separate, and through the use of attached cords, the descending air-packs will be influenced by updrafts and other air currents as they are parachuted into their final resting place, waiting for desperate people to find them.

Ideally the container itself will have secondary uses among the villagers once its initial purpose is fulfilled. Boxes can be used as storage containers, forms for making blocks to build houses, or many other things. The wings can be made of cardboard or fabric that can later be used for clothing, bedding, and other things that only the villagers will understand.

The true innovation here is the direct-to-the-people distribution system. This type of system will also create many other opportunities that go far beyond solving their immediate need for food and sustenance.

No one really knows how many people are malnourished. The statistic most frequently cited is that of the United Nations Food and Agriculture Organization, which says that 925 million people are undernourished.

At the same time, roughly 50% of all the food in the world goes to waste. Small percentages of food are lost in the farmer’s fields, on trucks and through delivery systems, in food processing plants, on store shelves, and in our own homes. Altogether, these inefficiencies add up to another huge number.

By placing the source of the food production closer to the consumers, some of this waste can be eliminated.

So, rather than just drop-shipping food into a village, what if we were to drop-ship micro-farms that local people could convert into tiny centers of food production?

What if the box contained a number of fishing poles and nets to improve their ability to fish and feed themselves?

What if the box contained cell phones, tablet computers, small generators, batteries, satellite dish, and the ability to communicate with the outside world?

The “Hole in the Wall” Experiments

Two weeks ago in Ankara, Turkey I had the privilege of being on stage with Professor Sugata Mitra who serves as the Professor of Educational Technology at Newcastle University in the UK. He has become famous for his ingenious “hole in the wall” experiments in India.

In 1999, Professor Mitra embedded a computer in a wall in a slum in New Dehli, connected it to high speed internet and left it there. Kids in the area, mesmerized by this technology, learn to use computers by themselves.

Over time his work has become famously referred to as the “Hole in the Wall Experiment.” He repeated this experiment in other parts of India and discovered how kids learn what they want to do.

His online videos of kids interacting with these computers have become the source of considerable discussion with one showing children recording music and playing it back for others only four hours after seeing the computer for the first time.

One experiment he did in Hyderabad, India involved asking kids who spoke English with a strong Telugu accent to use a voice recognition system on a computer. Since it didn’t recognize many of their words initially, he told them to speak so the computer could understand them. And then he left.

When he returned two months later, their accents had changed and were closer to the neutral British accent required by the speech synthesizer. They had found an online dictionary with an audio pronunciation feature that enabled them to hear the words and refine their own speech patterns.

If computers, cellphones, and other technology were parachuted into some of the world’s most desperate places, what long range impact would it have?

From my conversations with Professor Mitra, there is no doubt that this approach would have a dramatic and transformative effect on the people. 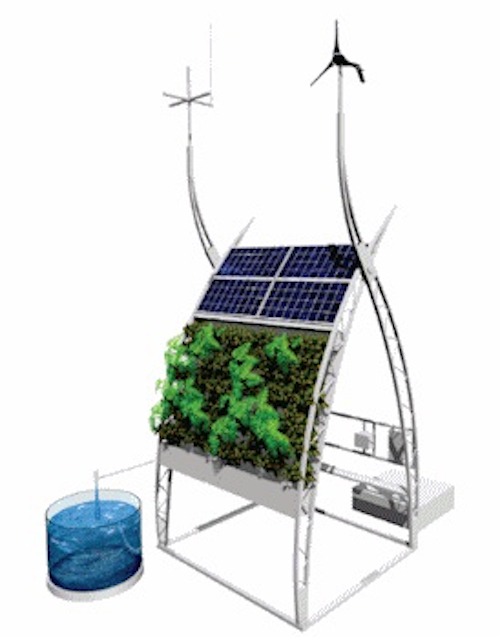 Over the coming weeks the DaVinci Institute will be spearheading an unusual project where a groups of visionary thinkers will be asked to consider what micro-agronomy might look like in the future. One idea that I will be presenting will be the notion that small, self-contained micro-farms be packaged in such a way that they can be drop-shipped into small villages in Africa as I’ve mentioned above.

We often place significant limits in how we see the world around us. Is it possible that one small idea like this could change the entire world?

Well, if we think about it, that’s the only way that changes happen in the world.