Nano-Weaponry: Entree to a Twisted Reality 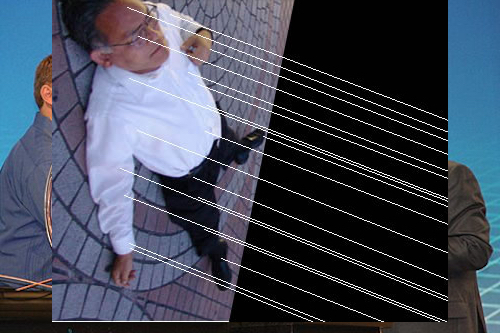 Invisible to the human eye, nano diameter needles will be shot like clusters of bullets
from great distances to “pin” people to a wall or freeze their physical movement.
Nano needles, because of their incredibly tiny diameter, will be the ultimate
non-lethal weapon, leaving no visible wounds and causing no permanent damage.

I would like to begin by saying that I am not a fan of using nanotechnology for weapons or in any way, shape or form as tools of war. However, since the military is one of the key drivers of nanotechnology, and its use in warfare will be an inevitable outcome, our awareness of the possibilities will be a first line of defense against their proliferation.

On the optimistic side, I have high hopes for nano-weapons to offer precise solutions for the bigger conflicts, eliminating some of the causes for war, and generally contributing to a safer and more stable global environment. With precision comes less loss of life, not more.

More than any other use of nanotechnology, the nano-weapons will determine whether we enter into a more positive future, or proceed to launch ourselves back into the stone age.

Conflicts come in many different forms. Some are based on simple misunderstandings, our basic inability to communicate, while others are more intractable, based on entrenched positions and unreasonable hostilities developed over many generations.

It’s easy to think that nanotechnology will solve more than it can, resolving otherwise unsolvable conflicts. However, it has great potential. Nanotechnology will alter our dependencies, and the natural resources such as gold, oil, diamonds, and other precious metals that have been at the heart of many past conflicts may be amenable to technological resolution. As economies shift and the demand for easy-to-find natural resources get replaced with sophisticated tech-fabricated elements, much of the money will drop out of the battlefront areas.

Many will categorize the following as pushing the limits of deviousness on the part of the military. Granted, they do create an entire new array of tools for controlling problem people and problem areas. Here are just some of the possibilities:

1.) Nano-Scouts – Using technologies that effectively “lives on” and controls live insects, the proverbial “fly on the wall” may have literally hundreds or even thousands of parasitic nano-scouts living on its exterior. In addition to the commonly assumed eyes and ears of military intelligence, these smart dust nano-scouts will also have analyzing capabilities to determine things like the presence of certain chemicals, changes in moisture levels or barometric pressure, and be able to sense movements, temperature, and vibration.

2.) Nano-Poisons – Most people instantly think of poison as a tool for killing someone. But nanotechnology, with its ability to trigger specific brain functions, will provide a whole new menu of poison options. As an example, a liar-poison will make it impossible for someone to tell the truth. A kleptomaniac poison will make it impossible for the person to stop stealing things. An alcoholic poison will make a person unable to stop drinking alcohol. The obesity poison will cause a person to eat themselves to death. And my favorite – – we’ll call it the “frontal lobotomy poison,” – – will make a person incapable of being angry or mean.

3.) Nano Force Fields – Any field powerful enough to keep the bad guys out is also capable of keeping the bad guys in. Coatings that can seal up a building or vehicle, where particles instantly flow to any air gap and fill them, will become known as nano-siege material.

4.) Nano Mind Erasers – Neutralizing a person’s memory can often be a more powerful defense than killing them. Micro fields flaring up in a succession of unnoticeable tiny brain bursts may wipe sections of a brain clean without anyone ever noticing. Alzheimer’s in a can.

5.) Nano Needles – Invisible to the human eye, nano diameter needles will be shot like clusters of bullets from great distances to “pin” people to a wall or freeze their physical movement. Nano needles, because of their tiny diameter, will be the ultimate non-lethal weapon, leaving no visible wounds and causing no permanent damage.

6.) Water Bullets – As a different kind of non-lethal weapon, self-contained water balls, formed around an elevated surface tension containment system, will be used to knock people down, temporarily rendering them harmless.

7.) Desynchronized Energy Fields – Binary power, created by the intersection of two otherwise harmless beams, has the ability to disrupt the energy fields in an individual. A person with desynchronized energy fields will feel extremely fatigued, and pushed to a more extreme level, will drop unconsciously to the ground. A new form of stun-gun.

8.) Nano Heart-Stoppers and Stroke Inducers – Most of the people in the military were trained in the high testosterone environment where intimidation and extreme pain often speaks louder than actually killing someone. And when death is deemed necessary, the kind of death, the ruthless nature of how it is performed, becomes even more important. Therefore such things as nano-blood flow restrictors that induce excruciating pain and reduce the victim to a fraction of who they once were, over a long period of time, have the side benefit of telling the world “don’t mess with me” or you’ll end up like this guy.

Yes, I’ll admit these are all a bit deranged. If we can avoid any or all of these we should. But my thinking is that if the world knows these possibilities exist, they are less likely to happen.