Backcasting Our Way to a Better Future: 8 Eye-Opening Scenarios 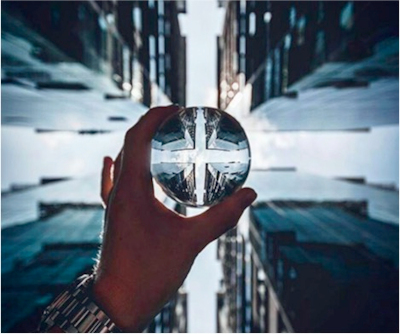 Do you understand the future well enough to make bold decisions?

How much control do we have over our future?

As I have discussed in previous columns, the internal steering wheel that our subconscious relies on to guide us through our daily lives is our inner vision of the future.

Tucked away, deep in our cranial cavities, is our own personal vision of what the future holds. While we’re not conscious of its role and how it works, our inner vision determines every action we will take today.

If I see a new television, that television may or may not have the ability to alter my inner vision. If it does, I will incorporate that TV into my new visions of the future, and make the purchase.

Similarly, every vacation brochure, restaurant ad, or toy commercial will cause our inner vision to give a quick thumbs up or thumbs down, sending signals to our conscious level decision making mechanisms to take action.

As a futurist, my role is to help people rethink their inner vision of what the future holds, and as a result, most will change the way they currently make decisions.

One of the tools I like to work with is called backcasting.

Unlike forecasting, which tries to predict where we are headed under current conditions, backcasting is a technique that starts in the future and works backwards.

Ideas are like pixels floating in space. With only a few, they look like random dots on a thousand mile canvas. But with the right lens these ideas can begin to form recognizable patterns, turning random dots into a clear vision of what’s coming next.

The clarity of our future vision is directly related to the number of idea fragments we manage to piece together.

Once these ideas reach critical mass, that’s when the fun begins. Idea pixels, properly arranged, can be used to create a working model of the world to come, along with a roadmap for both business and personal strategies.

But here’s the most amazing part. Those with the clearest vision of the future will naturally rise to the top, becoming critical influencers, industry leaders, and voices of authority.

The future favors the bold! Do you understand the future well enough to act boldly?

Here are a few backcasting scenarios specifically designed to help you start connecting the dots and add to your own understanding of what the future holds. 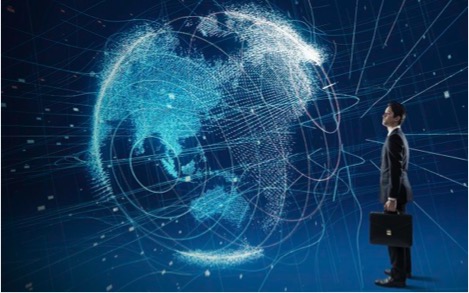 The clarity of our future vision is directly tied to the number of idea fragments we to piece together!

Backcasting is an often used forecasting technique that starts with defining a potential future and then working backwards to identify technologies, policies, and operational plans needed to build a path between the present and the future.

With backcasting, a successful outcome is imagined and the question is asked: “what do we need to do today to reach that vision of the future?”

Backcasting scenarios are a bit of a jigsaw puzzle that we assemble, piece-by-piece, to build a clearer vision of the future.

Here are eight future scenarios that will help you grasp the mindset needed to develop your own backcasting methodologies along with a series of lead-in questions to stimulate discussion.

Newspaper headline reads: “New gravity-controlling technology demonstrated, reduces gravity by as much as 50%”

Newton’s laws of gravity provide us with a description of how the forces of gravity affect us, but not what gravity is. Even today, gravity remains a mysterious force, whose nature and attributes have confounded researchers for centuries.

Anti-gravity has been an ongoing theme among science fiction writers ever since H.G. Wells talked about the gravity blocking substance “Cavorite” in his book The First Men in the Moon, but even as researchers have made some inroads, the field of gravity remains poorly understood.

Mankind has been employing various techniques for controlling the weather ever since we first set foot on the earth. Every time we wear clothing, build houses, or put a roof over our heads, we do it to control the weather on a micro-scale.

However, controlling the weather on a macro-scale, such as the weather over a city or an entire country, is still a ways off.

A number of people have already filed patents on technologies they claim will mitigate the impact and damage associated with hurricanes, including one with Bill Gates’ name on it.

Newspaper headline reads: “Doctor visits declined 20% over the past year.”

Every industry has its own set of gatekeepers and the medical profession is no exception. At the same time, disruptive entrepreneurs are working overtime to circumvent the status quo.

Many startups are focusing on the concept of “our empowered self” – self-diagnostics, self-monitoring, self-treatment, and more generally, self-aware healthcare.

Newspaper headline reads: “Wireless power used to light up invisible light bulbs in the middle of a room”

Binary power is a term used to describe two otherwise harmless beams of energy intersecting at some point in space, creating a source of power. Think in terms of two invisible beams intersecting in a room and the point at which they intersect is a glowing point of light.

This technology could also be used to beam energy to moving vehicles – cars on the road, planes in the air, and flying drones everywhere. Keep in mind the first demonstrations of wireless power happened well over 100 years ago.

Groups of flying drones that move like a flock of birds, school of fish, or swarm of bees have become known as swarmbots. They have become the subject of much fantasy and speculation.

“Flying swarmbots will someday serve as our clothing, flying into ‘clothing formation’ on command, reconfiguring themselves according to our fashion moods, changing color on a whim. Once we step out of the shower in the morning, the swarmbots will dry our skin, fix our hair, and take their place as part of our ever-changing wardrobe.”

Newspaper headline reads: “Mary Williams (generic name) is the first person to live past the age of 200.”

Life expectancy is getting longer, but the usefulness of the human body has traditionally maxed out somewhere around 120. If we manage to break through the 120-barrier, can we also maintain a good quality of life past that age?

Many researchers believe so and are working on exactly those issues.

Using 3D printers to print small objects is easy, but our ability to print something as big as a house will force people to rethink the entire housing industry.

Newspaper headline reads: “First highway in the U.S. to be designated as driverless cars only”

Driverless technology will be implemented in the auto industry in baby steps, first with driverless features and later with totally hands-off navigation systems. Over time the number of driverless vehicles will grow, primarily driven by the aging baby boom generation not wanting to lose their freedom.

As the number of driverless vehicles increases, the difficulties of managing half-driver, half-driverless traffic systems will eventually give way to driverless-only highways where cars can drive closer together at much faster speeds.

How long before we see our first driverless-only highway?

With driverless technology, our expectations will dramatically change! 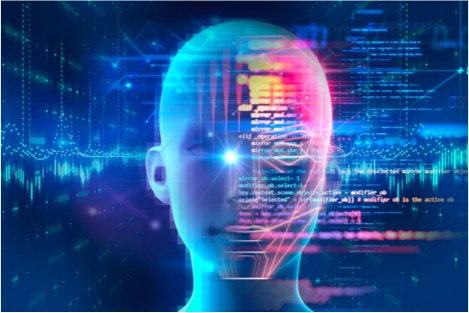 Humans use a fascinating set of metrics for making decisions, and while few of us are aware of it, one of our primary tools is our vision of the future.

Similar in some respects to a movie projector flashing images of the future on the back side of our brains, our process for making decisions today involves a quick scan of our perceived future to ensure we’re making a good decision.

Human biology employs any number of internal checks and balances, and this happens to be one of them.

That said, I’d love to hear your thoughts on this. Is backcasting something you’ve used in the past? Were any of these examples helpful? Let us know if you’d like to discuss this further.

Tags: control the future, inner vision, vision of the future