“The People of Mars Have Spoken!”

These are the critically important words that emanated from the first ragtag mars colony, the first of its kind in the known universe, in response to a number of concerns voiced by prominent people on earth. “The people of Mars have spoken!” …all eight of them! Regardless of the fact that most inhabitants were severely ill, suffering from the affects of prolonged space travel and struggling to acclimate to a planet with lower gravity, this small group of people constituted the first government on a non-earth planet. It all started with the first manned mission to Mars, followed by a series of other missions to begin building the first Martian colony. Once the rudimentary first colony was established, the founding members establish themselves as a fledgling new government, making critical decisions about how to survive in the harsh new world environment.

The Business of Mars

Each of the founding settlers of Mars risked life and limb to build what they had hoped would become a long-term community of space traveling pioneers. Since they were a long ways from creating sustainable cities, and heavily dependent upon their lifeline with earth, they knew there would have to be an ongoing effort to raise money on earth to keep their dream alive. For this reason, a decision has been made creating the first business venture on Mars, a real estate business to sell land on Mars to people on earth. It’s at this point where the first voices of criticism arose. Some were concerned about the “rich people on earth” buying up control of this unspoiled new planet. Many felt the environmental damage done in the first few decades of building the new colony would be irreversible. For this reason they proposed a multi-national approach for governing the build out of Mars. However, the response they got was an elaborate build out plan, precisely surveyed lots, well-conceived future municipalities, and the entire step-by-step business plan for getting there. The entire communication relayed through the Mars team on earth was followed by the phrase, “The people of Mars have spoken!” They wanted to let the world know that this was not a topic up for debate. They were trying to survive and none of them had time to debate the niceties of living in a mature first world city.

The First President of Mars

Every startup is sloppy and messy. Founders will often take risks that make most people cringe, but that is exactly what it takes to make something new happen. The first President of Mars may not even live on Mars. Very likely, the first President or Co-President will be the founder of the business team that created the Mars colony. This may sound rather twisted or inappropriate, but the Martian colony will need to be run by someone who can generate tons of money on earth and can dedicate huge amounts of time and effort to making it a success. The people living on Mars will be far too invested in finding ways to survive to even think about running the earth-side of the business. Counter to what most people believe, it doesn’t take many people to form a new government on a new planet. Even though the numbers are small, they will embody so much more than merely being pioneers or space travelers. Each one will serve as proof of concept, as superheroes for all young people growing up, and symbols of hope for generations to come. 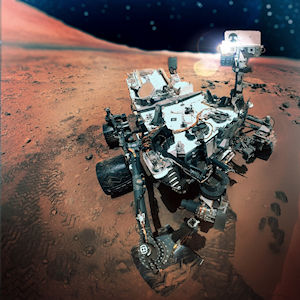 Neil deGrasse Tyson recently weighed in on the topic of colonizing Mars, saying it won’t happen with a private company like Space X or Blue Origin because the venture will be very expensive, very dangerous, and there is no ROI (return on investment). However, the reality of living on Mars is far different than investing in Mars. And the lowest hanging fruit will naturally be selling real estate. Mars, by the way, has almost 35 and a half billion acres of land, far more than earth which has 15.77 billion acres. Selling land that is in or around where future cities are being planned, will go quickly, and sell for a premium. Even if the plans are 20-50 years away, the fact that it’s a hard asset with people (albeit not many) already living in near proximity, make it a potentially sound investment.

The Human Challenge to Colonizing Mars

To be sure, the primary challenge to colonizing Mars is not engineering, it’s the human ability to adapt to the radically different rules of Martian physics. It’s not only the mental and physical rigors of the journey, but also the radically different living conditions of being in a low oxygen, low gravity, isolated world with no easy way out. While no one has actually spent time on Mars, all of the colonizers are likely to experience a series of yet unknown problems. During the weightless conditions of traveling to and from Mars, these are six of the already known challenges:

On Earth, tiny gyroscopes in our brain give us spatial awareness. In Zero G, they don’t work as well and, as a result, astronauts often suffer from nausea. Many of them spend days feeling seasick. It takes roughly two weeks for most of them to get acclimated.

Space travel is very unforgiving. Each of these people is essentially floating through an airless vacuum in a sealed-up container, only staying alive because of the machines that recycles their air and water. They have very little room to move and are in a constant danger of dying from radiation or micro-meteorites.

The 6-month trip to Mars will have zero gravity and Mars itself only has about a third of Earth’s gravity. This plays havoc with the human body. Colonizers will have to do 2-3 hours of exercise every day just to maintain muscle mass and cardiovascular fitness. Babies born on Mars in the lighter gravity will morph and acclimate in ways we can’t yet imagine.

A common hazard in space travel is the fine specks that float around the cabin, often lodging in the eyes and causing abrasions. Most passengers end up wearing glasses in space and when they come back, some even have permanent changes to their vision.

If a person catches a cold on Earth, they simply stay home. But space is another story as astronauts live in densely packed, confined space, breathing recirculated air, touching common surfaces over and over again, with far less opportunity to clean. The human immune system doesn’t work as well in space, so space travelers are isolated for a few weeks before lift-off to guard against illness.

There are no ERs in space. Luckily, there have not yet been any major medical emergencies in space so far, but astronauts have had extensive training to deal with many of them. 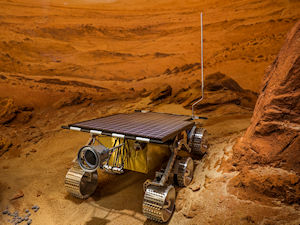 Elon Musk says his first manned spaceflight to Mars will take place in 2024 and NASA is aiming for a date around 2032. While both may be too optimistic, there is a growing enthusiasm around making this happen.

The dream of traveling to another planet is becoming more real every day, and one by one the barriers to entry are beginning to fall.

As always, I have far more questions than answers, and I’d love to hear what you think.