Should we gamify citizenship?

We live in a world filled with status symbols. Every well-written resume is chocked full of symbols of distinction ranging from academic accomplishments, job titles, published works, personal endorsements, memberships, patents, awards, and more. However, most of these achievements go unnoticed.

For example, the financial world will pay attention to a persons FICO score, but little else. The employment world is focused on specific accomplishments that relate to a persons ability to perform a particular job. Customer loyalty programs help incentivize the renewed buying patterns of great customers. And police departments zero in on a person’s criminal history to determine the likelihood they’ll become a repeat offender.

We currently have no overarching system for rating a person’s value to society as a whole.

We are moving quickly towards a data-driven society, which naturally begs the question, should we develop some sort of “citizenship” scoring system? And more importantly, should there be incentives that help push people in the right direction.

Admittedly, any system that gamifies citizenship can go woefully wrong, but a well-executed process can also have many positive benefits.

What exactly is citizenship?

The first forms of citizenships started in ancient Greece, but most of what we think of today as citizenship was developed much later, as a Western phenomenon.

Being a citizen in most countries starts with a constitution that defines, in high-level terms, the various rights, duties, and obligations each person has.

Changing citizenship, however, is a slow and burdensome process that usually takes several years to accomplish. Citizenship is based on the idea that people are born into it, and very few officials are in favor of seeing the process streamlined.

In the future, as travel becomes easier, and we find ourselves living in far more fluid lifestyles, countries will find themselves competing for citizens. 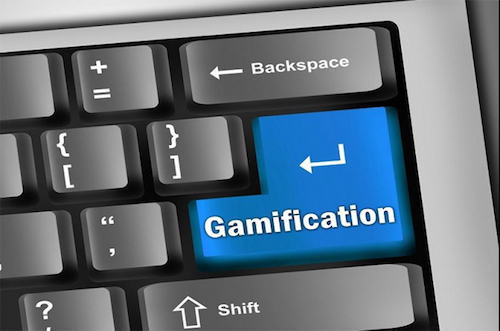 Is there a difference between a good citizen and a great one?

Is it ok to only do the bare minimum of what it takes to be a citizen? Would we be a better country if we all tried a bit harder?

Citizenship means different things to different people. We typically have a back-of-the-mind rating system in place that tallies things like standing and singing during the pledge of allegiance, installing a flag on the front porch during holidays, and openly thanking our veterans into an overall citizenship quotient. But should there be a more formal ranking system, and more importantly, how would it be used?

As a status symbol, the reinvention of citizenship is long overdue, and the possibilities are endless.

We are moving quickly into a data-drive world where numeric values will be assigned to virtually everything we do. Here are a few quick examples:

So does this mean that if you were taken hostage in a foreign country and your citizenship score is a scant 327, maybe you’d get a phone call from a low level diplomat attempting to secure your release? But being a platinum gold citizen with a lofty score of over 87,000, a Navy Seal Team shows up within 12 hours, shoots all of the hostage-takers and fly you back home first class?

As a status symbol, the reinvention of citizenship is long overdue.

The Chinese government is developing a citizen score called Sesame Credits to rate the trustworthiness of their 1.3 billion citizens.

In the U.S. our FICO credit score rates our trustworthiness, but China’s lack of a national credit system is why the government believes a citizen score is needed to resolve its current “trust deficit.”

Since many people in China don’t own houses, cars, or credit cards, they lack most of the criteria for measuring credit risk. The central bank of China has the financial data from 800 million people, but only 320 million have a traditional credit history.

In China the sale of counterfeit and substandard products is a huge problem. These inferior and often shoddy products affect their own people even more than the rest of the world. When it comes to services, only about half of the signed contracts are fulfilled.

The Sesame Credits program began on a voluntary basis but participation will become mandatory as of 2020. The behavior of every single citizen and legal person (which includes every company and corporate entity) will be rated and ranked.

A score ranging from 350 to 950 points measures individuals within the Sesame Credit system. As the overall architect of the system, Alibaba will not disclose the algorithms it’s using to calculate the number but they do reveal the five factors taken into account.

Every new system will go through countless tweaks over time, but these are some of the examples they have disclosed so far: 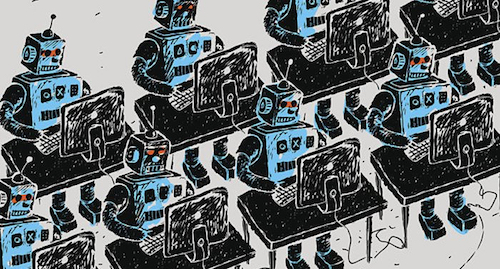 Creating a System for Gamified Citizenship

As I think about how the world is changing, some form of gamified citizenship seems inevitable. However, there are literally thousands of nuanced versions of how this could be implemented.

I’ll start with a list of assumptions but would love to hear your thoughts on these and other possible approaches.

Assumption #1: Penalties and incentives need to be in harmony. The same amount of money derived from penalties to deter bad behavior should equal the amount of money spent on incentives to encourage good behavior. No individual, organization, or agency should ever directly benefit from fines or penalties.

Assumption #2: Having fixed parameters for scoring, such as the 350-950 range used for Sesame Credits in China (similar to FICO scores), may prevent people from obsessing over their scores, but will also promote “good enoughism” limiting people from taking initiative to try harder.

Assumption #3: Having known parameters for scoring provides direct correlation between actions and rewards. Using somewhat vague and mysterious parameters, as in Sesame Credits and FICO scores, will limit its role as an incentive. A system with unlimited scoring potential, as in frequent flier miles where people can literally accrue millions of miles, will remove those barriers, but could also encourage fraudulent activities and hacking.

I would argue that a direct cause-and-effect correlation between actions and rewards is far more useful. It’s similar to starting a new job. The number of hours a person works can be used to precisely calculate their paycheck.

Assumption #4: Any system for gamifying citizenship will need to be continually tweaked and revised over time. This is no different than implementing a new tax code, healthcare plan, or education system. All notions of creating the perfect “forever” system should be immediately dismissed.

What constitutes a positive act?

If we were to brainstorm which acts or actions constitute a positive influence on society, which items would you rank at the top of the list?

This will undoubtedly become the most controversial part of creating a working system. Any activity that seems beneficial to one person may seem trivial or expected to others.

From my vantage point, describing positive acts becomes a global litmus test of ethics and morality. As a society, how will we adjust to being constantly judged by others, even if it’s an automated AI system without human observers?

We’re all fallible humans and poor judgment will always show up sooner or later. Even so, doesn’t it feel good when someone takes notice of the positive things we do?

Here are a few examples of positive acts:

Virtually every law in the U.S. comes with a penalty section – “failure to comply is a class 2 misdemeanor punishable with fines up to $1,000 and/or incarceration not to exceed 9 months.”

The problem is that there are far too many laws to enforce, and every act of enforcement requires personal time and attention.

As a result, the vast majority of infractions tend to fade into obscurity, and in these situations, having no penalty serves as its own reward. At the same time, those who are meticulous about conforming to every detail of the law also feel slighted.

What constitutes an incentive?

In general, each of us is motivated by different kinds of dangling carrots. For this reason, I’ve broken the incentives into three separate categories – purchasable incentives, status incentives, and privilege incentives.

Airline miles have morphed into an alternative currency that can be used to purchase any number of items. This means everything we can buy with a gift card for today becomes a potential incentive in a world of gamified citizenship.

Status ends up being a compelling motivator. Our seemingly unquenchable need for attention and respect permeates nearly every person in our community.

In this context, privilege should never be something you’re born into or can buy your way into. As something you earn, privilege can be a powerful carrot, especially if you can design your own form of privilege. 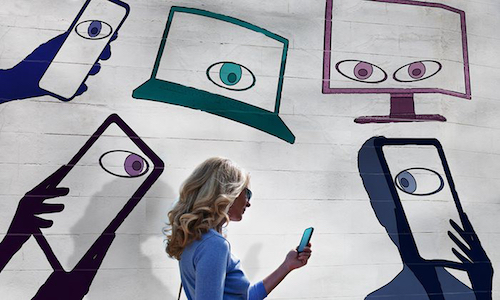 What constitutes the difference between good and bad, and who gets to decide?

A recent episode of “Black Mirror” titled Nosedive showed how the life of a young woman turned score junkie had her life destroyed by a similar life rating system.

Many who read this will cringe at the prospects of creating a super surveillance society. In fact it gives me shivers to think that big brother may be watching my every move.

At the same time, many of these elements already exist, and heightened levels of surveillance are going to happen simply as the result of our increased levels of automation.

Is it better to create a formal system like this up front or simply let our current haphazard forms of tech evolve on its own?

I’d love to hear your thoughts on this topic. Please take a few moments to jot down your ideas and let me know your thinking.