How many things do we own, that are common today, that didn’t exist 10 years ago? The list is probably longer than you think.

Prior to the iPhone coming out in 2007, we didn’t have smartphones with mobile apps, decent phone cameras for photos/videos, mobile maps, mobile weather, or even mobile shopping.

At the same time we are seeing the decline of many of the things that were in common use 10-20 years ago. Fax machines, wired phones, taxi drivers, newspapers, desktop computers, video cameras, camera film, VCRs, DVD players, record players, typewriters, yellow pages, video rental shops, and printed maps have all seen their industry peak and are facing dwindling markets.

If we leapfrog ahead ten years and take notice of the radically different lives we will be living, we will notice how a few key technologies paved the way for massive new industries.

Though it’s difficult to pinpoint exactly what the future holds, futurist speaker Thomas Frey uses his extensive research and entrepreneurial experience to help others prepare for the future. Learn more about his future of business keynote speaker services, or check out his podcast. Here is a glimpse of a stunningly different future that will come into view over the next decade.

Also known as additive manufacturing, 3D printing has already begun to enter our lives in major ways. In the future 3D printers will be even more common than paper printers are today.

1.    3D printed makeup for women. Just insert a person’s face and the machine will be programmed to apply the exact makeup pattern requested by the user.

8.    Trash that is sorted and cleaned and turned into material that can be 3D printed.

The VR/AR world is set to explode around us as headsets and glasses drop in price so they’re affordable for most consumers. At the same time, game designers and “experience” producers are racing to create the first “killer apps” in this emerging industry.

15. For education and training, we will see a growing number of modules done in both virtual and augmented reality.

16. VR and AR tours will be commonly used in the sale of future real estate.

Drones are quickly transitioning from hobbyist toys to sophisticated business tools very quickly. They will touch our lives in thousands of different ways.

17. Fireworks dropped from drones. Our ability to “ignite and drop” fireworks from the sky will dramatically change both how they’re made and the artistry used to display them.

20. Bird frightening drones for crops like sunflowers where birds can destroy an entire field in a matter of hours.

24. Entertainment drones (with projectors) that fly in and perform unusual forms of live comedy and entertainment. 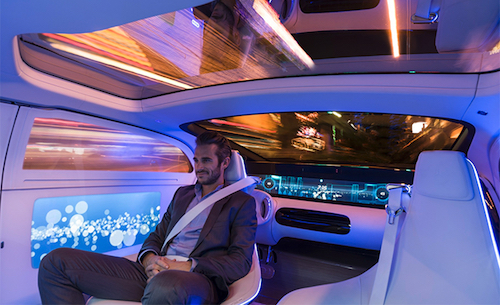 Driverless technology will change transportation more significantly than the invention of the automobile itself.

25. Queuing stations for driverless cars as a replacement for a dwindling number of parking lots.

26. Crash-proof cars. Volvo already says their cars will be crash-proof before 2020.

27. Driverless car hailing apps. Much like signaling Uber and Lyft, only without the drivers.

29. Electric cars will routinely win major races like the Daytona 500, Monaco Grand Prix, and the Indy 500.

30. In-car work and entertainment systems to keep people busy and entertained as a driverless car takes them to their destination.

31. In-car advertising. This will be a delicate balance between offsetting the cost of operation and being too annoying for the passengers.

The Internet of things is the network of physical devices, vehicles, and buildings embedded with electronics, software, sensors, and actuators designed to communicate with users as well as other devices. We are currently experiencing exponential growth in IoT devices as billions of new ones come online every year.

35. “Print and Pin” payment systems that uses a biometric mark (fingerprint) plus a pin number.

36. Smart plates, bowls and cups to keep track of what we eat and drink.

37. Smart trashcan that will signal for a trash truck when they’re full.

39. Self-retrieving shoes where you call them by name, through your smartphone, and your shoes will come to you.

40. Smart mailboxes that let you know when mail has arrived and how important it is. 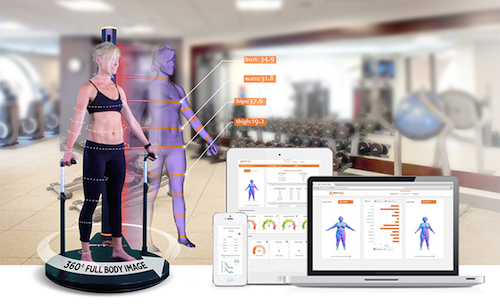 Even though healthcare is a bloated and bureaucratic industry, innovative entrepreneurs and self-trackers are on the verge of disrupting this entire industry.

42. Ingestible data collectors, filled with sensors, to give a daily internal health scan and report. 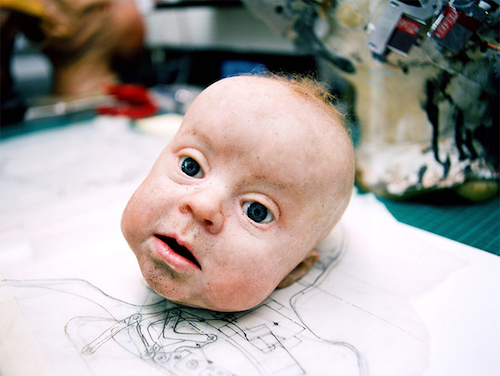 Much like hot and cold running water, we will soon be able to “pipe-in” artificial intelligence to any existing digital system.

51. AI-menu selection, based on diet, for both restaurants and at home.

53. AI selection of movies and television shows based on moods, ratings, and personal preferences.

54. Much like the last item, AI music selection will be based on moods, ratings, and musical tastes.

56. AI hackers. Sooner or later someone will figure out how to use even our best AI technology for all the wrong purposes. 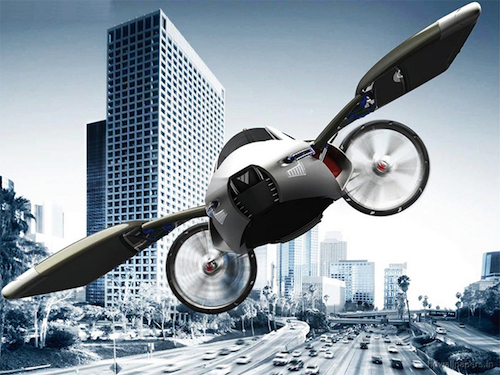 58. 360-degree video transportation monitoring cameras at most intersections in major cities throughout the world.

60. Black boxes for drones to record information in the event of an accident.

64. Ultra high-speed tube transportation. As we look closely at the advances over the past couple decades, it’s easy to see that we are on the precipices of a dramatic breakthrough in ultra high-speed transportation. Businesses are demanding it. People are demanding it. And the only thing lacking is a few people capable of mustering the political will to make it happen.

As I began assembling this list, a number of items didn’t fit well in other categories.

68. Atmospheric energy harvesters. Our atmosphere is filled with both ambient and concentrated forms of energy ranging from sunlight to lightning bolts that can be both collected and stored.

69. Pet education centers, such as boarding schools for dogs and horses, to improve an animal’s IQ.

70. Robotic bricklayers. With several early prototypes already operational, these will become common over the next decade.

71. Privacy bill of rights. Privacy has become an increasingly complicated topic, but one that is foundational to our existence on planet earth. 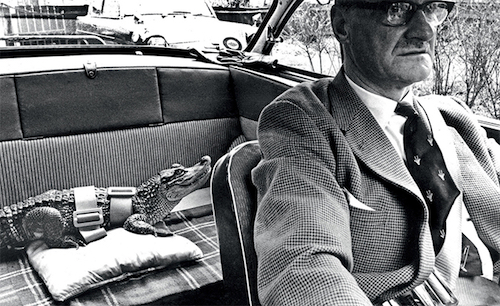 There’s a phenomenon called the Peltzman Effect, named after Dr. Sam Peltzman, a renowned professor of economics from the University of Chicago Business School, who studied auto accidents.

He found that when you introduce more safety features like seat belts into cars, the number of fatalities and injuries doesn’t drop. The reason is that people compensate for it. When we have a safety net in place, people will take more risks.

That probably is true with other areas as well.

As life becomes easier, we take risks with our time. As our financial worries are met, we begin thinking about becoming an entrepreneur, inventor, or artist. When life becomes too routine, we search for ways to introduce chaos.

Even though we see reports that billions of jobs will disappear over the coming decades, we will never run out of work.

As humans, we were never meant to live cushy lives of luxury. Without risk and chaos as part of our daily struggle our lives seem unfulfilled. While we work hard to eliminate it, we always manage to find new ways to bring it back.

Yes, we’re working towards a better world ahead, but only marginally better. That’s where we do our best work.