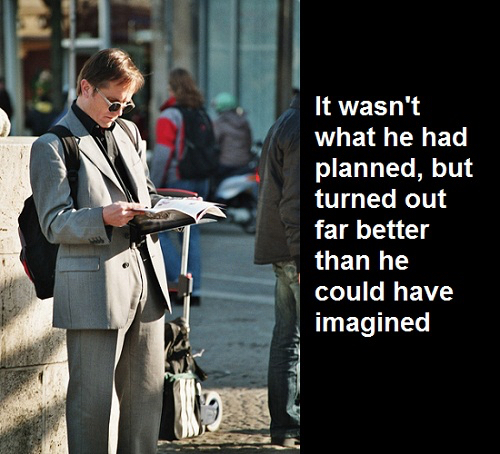 One of the overriding forces in 2010 will be the financial pressures stemming from the recession. The recession will not be ending anytime soon because Washington is too focused on the wrong issues, and the stimulus money is not being channeled to the people who are most likely to create the jobs.

The outplacement firm of Challenger, Gray & Christmas reported 8.7% of job seekers started their own businesses in second quarter 2009, a dramatic increase over the 2.7% during the last quarter of 2008.

May of the laid-off workers have simply reached the end of their rope. They have given up on sending out resumes and have concluded the only way to deal with today’s brutal job market is to start their own business. Even though they start out as reluctant business owners, and the learning curve is anything but smooth, once they get a sense of the true potential in controlling their own destiny, there is no turning back.

Whenever the economy takes a nosedive, it is typical for people to begin to dance with their “inner entrepreneur” and brainstorm ideas for launching their dream business. But today’s business climate no longer allows for people to wait for the ideal time or prefect conditions to make it happen.

When nothing else is working, they decide it’s time to blow the doors off their “comfort zone” and enter the “entrepreneur zone.”

Forced entrepreneurship often starts with project work, temp jobs, consulting gigs, or other opportunities for making money. Sometimes the work is done as a trade-out to just get a foot in the door. Very often one opportunity will lead to another, and a patchwork business plan begins to form in the person’s mind. Formal business plans are rare, but the key metrics for managing the operation begins to crystallize in their head.

The Internet is now enabling people and ideas to connect in ways never before possible. The business models that eventually spring to life often have little, if any, resemblance to their original idea for a dream business. But the fluid nature of the startup world is more than enough to keep them engaged.

To succeed as a forced entrepreneur, bootstrapping is king. They quickly learn to never spend a dime unless it is absolutely necessary. Their skills, talent, and ideas become a form currency that they can exchange for equally valued goods and services.

The web is an extraordinary tool not just for finding ways to do things for free, but for marketing ideas, find business partners and suppliers, and to run the entire operation on the cheap: keeping the books, interacting with customers, even turning a small idea into a big idea.

In 2008, 3.8 million companies had fewer than 10 workers, and they employed 12.4 million people, or roughly 11% of the private sector work force, according to the Bureau of Labor Statistics. Don’t look for a lot of hiring with this crowd though. It’s far easier to work with people and not take them on as employees in today’s virtual work environment.

PREDICTIONS:  Within the new ten years we will see the all-time greatest wave of entrepreneurship ever to hit the U.S. and the number of one-person “empire of one” entrepreneurs will more than double.

Many cities will begin to establish “business colonies” as next-generation incubators for growing their local economy.

OPPORTUNITIES:  Since no colleges or universities currently teach one-person entrepreneurship, there is great potential for training and study material.

Many projects call for an complete team to cover the entire range of talent and skills required. People who are good at assembling and managing virtual teams of solo entrepreneurs will find an endless stream of opportunities ahead.

Large and midsized companies that learn to master the fine art of engaging solo entrepreneurs on a project basis will quickly discover the wide range of talent available to them outside the normal hiring channels.