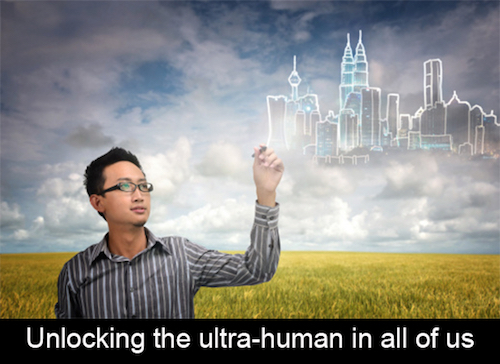 Wouldn’t it be great if you could turn on your television and it instantly knew what show you wanted to watch?

We all dream of an easier life, so what if we got into our car and it knew where we wanted to go, or turned on a radio and it played the perfect music, or pressed “call” on our phone and we would instantly be connected to the person we most wanted to talk to.

Our days are filled with countless decisions and the stress level of all these choices is growing steadily. Yes, we want to be in control, but control can be very taxing.

That’s why I was so intrigued when I came across a new iPad app called MindMeld that is based on the emerging science of “anticipatory computing.”

Using video and voice chat capabilities similar to Skype, MindMeld not only facilitates the discussion, but also adds pertinent photos or videos to the conversation as it interprets what is being said.

We tend to worry about computers that are smarter than we are, automating our skills and taking our jobs. But if computers become more human-like in their thinking, adding our own emotional values to everything we think is important, the heartless machine-only qualities of these technologies will disappear, moving computers away from the paradigm of human-replacer to something more akin to human-enhancer. Here’s what I see happening. 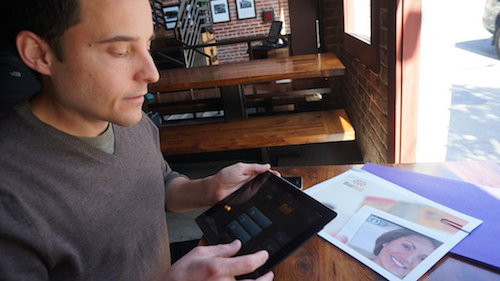 The founder of MindMeld is serial entrepreneur, Tim Tuttle, who previously launched Truveo, a video search engine that was sold to AOL.

“We have a predictive model that changes second to second and surfaces relevant information without searching,” says Tuttle. He views this as an effective application of “anticipatory computing” because of the predictive nature of its computational decision-making.

Over time, MindMeld will accrue intelligence as it becomes better at reading and aggregating ambient data.

Artificial intelligence only goes so far. But finding a way to capture pieces of real human intelligence can give us far more pertinent information.

As example, if someone conducts a typical search on a search engine, the connecting path between the search terms and the final destination is a very real piece of human intelligence.

Certainly not everyone will agree on the final site selected from a set of search terms. But that will improve over time.

According to Futurist John Smart, in 1998 the average online search phrase consisted of 2 words. Today, the average search contains 5.2 words, trending towards something far longer, more akin to a natural question of 8-10 words.

Over time, capturing millions of “paths” will yield a base of growing intelligence based on the cumulative thinking of everyone involved.

Similarly, when groups of people get into a conversation, and a variety of images are displayed, a selection process where users click on applicable images to help refine the “yield,” the anticipatory computing process will get much smarter, and more relevant, over time.

Gone are the days where computers only recognize keyboard inputs. Combining a variety of ambient information such as the user’s social graph, search and surfing history, dwell-times associated with photos and videos, purchase history, and even music preferences helps define who we are.

Computers can’t read our minds, at least not yet. However, by paying close attention to all of our inputs and outputs, the information we consume and how we respond when we consume it, anticipatory computing can develop a very close approximation to the inner working of what our mind is telling us to do next.

Moving one step further, by capturing verbal conversations surrounding videos and photos, as is done with MindMeld, we can begin to automate the metadata and searchable tagging systems surrounding both physical and digital objects.

Thinking even farther into the future, as users add sensory capturing devices to their clothing, phones, and skin (as in tattoos), we will begin to translate emotional data into a complex value system that can better determine our opinions without us having to personally make decisions. At least not all of the ones we currently do.

It would be similar to having our own invisible clone taking surveys and making decisions and value judgments on our behalf.

We have gone from crude computational devices like the abacus and slide rule, to punch card readers, to memory storage and retrieval devices. By adding the complex communication capabilities of the Internet to our once isolated computers, we have begun an exponential climb towards developing a sort of cyber humanism.

Until now, computers have been trending along the bottom part of this transitional curve going from cold, heartless machines to something more warm and fuzzy with human-like qualities. But so far, we’ve only scratched the surface.

In the very near future, computers will be christened with a higher purpose than making us slaves of the Internet. Instead, they’re destined to make us more human, even ultra-human.

So the real difference is not an “either-or” proposition that pits humans against computers, but rather a “both-and” option where we use computers to enhance our abilities and magnify our own personalities.

But trusting we can solve the downside problems, anticipatory computing has a tremendous upside.

Rest assured, this will just be another step in the ongoing evolution of computers. There is no magic formula for solving every problem. But anticipatory computing has the potential to ratchet us up far faster than anything before. So look for an exciting wave of new ideas to spring from this new twist in thinking.

Does this mean we are getting closer to being assimilated into a StarTrek-like Borg? Perhaps. But maybe the Borg won’t be as bad as we’ve been led to believe.

Anticipatory Computing: Unlocking the Ultra-Human in All of Us