Building Remarkable Communities of the Future 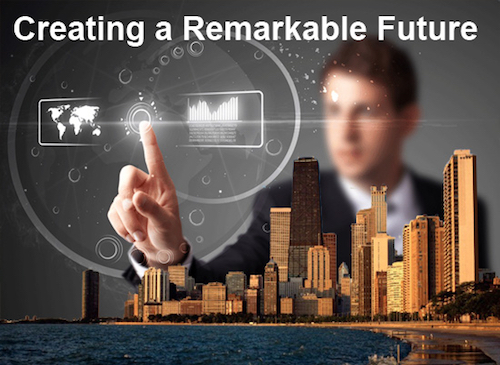 In the late 1980s I was still working at IBM, but had taken on a number of side projects to expand my horizons. One of those projects was working with the City of Denver on the redevelopment of Stapleton Airport.

At the time Stapleton was still in operation, and the new airport, DIA, was little more than a politician’s dream with a bunch of drawings and reports being pitched to the media.

Leading the charge was Denver Mayor Fedrico Pena who had decided to make the new airport the centerpiece of his administration, and several staffers were working full-time to make sure this dream would become a reality.

While most people were focused on the issues and opportunities surrounding the new airport, I was focusing on what I believed was an even bigger opportunity – redeveloping the 4,700 acres of prime real estate in the heart of Denver that would come available once the airport was moved.

To me, this was a once in a lifetime opportunity to create something remarkable, and I was working overtime to help make it happen.

So what is it that separates a great community from a remarkable one? And more importantly, how will these criteria for “being remarkable” change in the future? Follow along as I fill you in on the rest of the story.

Famed marketing guru Seth Godin has built his career around helping companies become “remarkable.” If you break the word into its two parts – remark + able – you can begin to grasp its true meaning. The word “remarkable” is what separates things that people talk about from those that never get mentioned.

Pushing the concept of “being remarkable” even further, Godin goes on to make the following points:

Pushing us in the other direction is a world that trains us from youth to play it safe, stay in our place, and don’t make waves. This push for conformity also makes us the most expendable.

People who are unremarkable are the ones most likely to lose their jobs when mass layoffs are announced. They are also the ones who have the most trouble finding a new gig?

Being remarkable is something that can become engrained in everything you do, but it helps if you’re living in a remarkable community.

“Cities do not become great because they are well-balanced.
Instead, they become “remarkable” because of their great imbalance.”

People travel to Paris to see the famed Eiffel Tower because it is the only one in the entire world. It was created by Gustave Eiffel, a rule-breaking visionary, whose bold lifestyle exemplified the term – remarkable.

Millions travel every year to Agra, India to see the Taj Mahal, or to Egypt to see the Great Pyramid of Giza, or to South Dakota to see Mount Rushmore, all because they are world famous attractions that only exist in one location on the entire planet.

If cities around the world all started building their own Eiffel Towers, it would quickly cease to be an attraction.

Similarly, those who want to work in the movie industry move to Hollywood because this is a community that eats, sleeps, and breaths movies. Likewise, much of the U.S. oil industry is based in Houston, high tech is based in Silicon Valley, and the financial industry is centered around New York City’s famous Wall Street.

Cities do not become great because they are well-balanced. Instead, they become “remarkable” because of their great imbalance.

Most economic development departments seem to be working with the same checklist:

However, a few communities are making bold decisions to stand out, and they stand out because they are greatly imbalanced in a positive way.

So what is it that will differentiate a great city today from a remarkable city in the future? 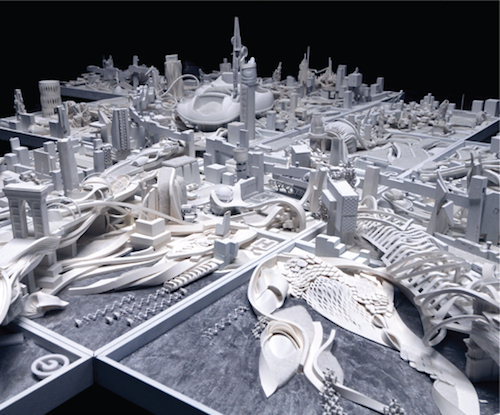 Will architecture play an important roll in creating a remarkable city of the future? (Image from HERE)

Building Remarkable Communities in the Future

All things novel and new eventually become old. However, there are systems and structures that lend themselves to creating a constant culture of innovation.

The most important is cutting edge infrastructure.

When the City of Lafayette, Louisiana finally won their 3 year, $3.5 million battle to run fiber to every home, the raised the bar for every other city in the U.S. Now with Google running fiber to every home in Kansas City, many are feeling left behind. And they should, because South Korea is light-years ahead of the U.S. when it comes to super high-speed Internet.

Dubai is currently working with France’s Eole Water company to developed a special wind turbine capable of extracting upwards of 1,000 liters of water a day directly from the air. This type of system would eliminate existing pumps, pipelines, and purification systems.

Las Vegas is currently being groomed to be the test site for the driverless car era. With laws already changed in the State of Nevada and Google in the background pushing driverless car agenda, we will soon see special pickup & drop-off stations for driverless taxis, special apps to signal these vehicles, and an entirely new communication structure for bypassing traffic, reporting problems, and improving the ride experience.

Remarkable cities in the future will be those that:

In the future, communities will be designed around ways to stimulate new ideas using such things as creative environments, imagination sparkers, and inspirational architecture.

Finishing the Story about Stapleton Airport

Working within a City organization is much like being an employee with 10,000 bosses. But the Stapleton Redevelopment team had been organized very early on in the process and very few people knew it existed.

Part of the thinking was that if we could come up with a great plan for Stapleton, it would be far easier to sell the general public on moving the airport to the new location.

Being something of expert on novel attractions, my ideas started gaining attention.

At one point Mayor Fedrico Pena sent a letter to the IBM Boulder Plant Manager requesting me to serve as a “loaned executive” for the Stapleton Redevelopment Team. Even though IBM had an active executive-loan program, this particular request was turned down because they didn’t support economic development initiatives.

In spite of the rejection, I stayed involved. Our approach was to invite some of the nation’s most innovative companies into a glass walled conference room overlooking the Stapleton airfields and ask the simple question, “If the City were to offer you these 4,700 acres of prime real estate, what would you do with it?”

The reactions were varied.

Busch Gardens expressed a strong interest, but had just taken over all of the Sea World Parks and said it would be another year before they could get their minds around tackling something new.

Disney was contacted and quickly thumbed their nose at the offer, saying the 4,700 acre site was simply “too small” for them to consider.

At one point I even contacted Theodore Geisel, better known as Dr. Seuss, to see if he would be interested. His only response was an autographed photo of himself and a short note wishing us “best of luck on our project.”

The most awkward meeting was with George Lucas’s team from his company, Industrial Light and Magic. Contrary to what we had been led to believe, ILM was strictly a contract for hire organization and the people who sat in on the meeting had no capacity to envision a project that operated outside the bounds of this arrangement.

During this whole time, our most interesting conversations were with Joe Calimari, Executive Vice President of Marvel Comics. At the time, Marvel was busy licensing its characters and was having a few major successes, but was primarily a comic book company based in New York City.

Pena himself wanted to turn part of Stapleton into a Western branch of the Smithsonian, with an Air & Space Museum unlike any other in the world. The idea had great potential.

The Mayor’s team had found out about a Smithsonian archive of over 300 famous aircraft sitting on mothballs waiting for someone to figure out what to do with them. Since Stapleton was already an airport, it seemed like a perfect fit. Once the main airport operations moved to the new site, Stapleton could retain a single runway to fly in historic aircraft for display purposes.

But that never happened. In the end, the Smithsonian Board couldn’t conceive of any of their facilities being outside of the Washington DC area.

We only had a short window of opportunity to develop something spectacular for the Stapleton site, and once the Smithsonian Air Museum was voted down and DIA became a viable option, the Stapleton Redevelopment Team found itself operating much like many other City organizations with 10,000 bosses.

So instead of capitalizing on this amazing opportunity, the City decided to play it safe by turning the site into countless acres of retail and housing. An unremarkable ending to a truly remarkable opportunity.

Our current political processes have a way of beating the visionary out of its lone visionaries, and this was a perfect example.

With transportation becoming easier, making us a more mobile society, and with smart phones and the Internet speeding up communications, our cities are becoming a far more fluid environment.

Much like water that flows downhill seeking the path of least resistance, businesses have a tendency to move from areas they find less appealing to ones that are more alluring.

Like a moth drawn to a light, it’s just human nature to be drawn to places that respect our time, needs, and status.

For each of us we set our minimum lifestyle requirements, and once those have been met, we look for other attributes such as convenience, friendliness, and speed. When we hear words like “complicated,” “arduous,” or “painful” we tend to run the other direction.

We spend our time, our attention, and our money where it is most respected, and the remarkable communities of the future will not only embrace these principles, but figure out systems to amplify their appeal.