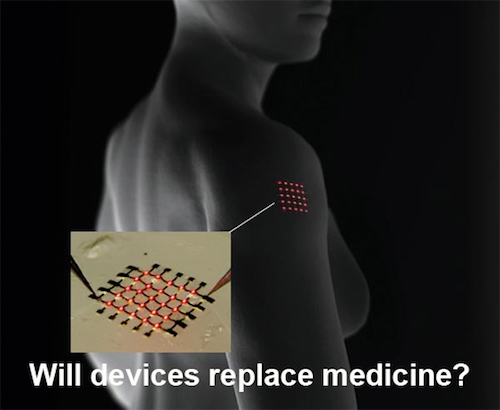 No, it didn’t start out that way, but a system has evolved that richly rewards members of the physician’s food chain if sales continue.

These sales include the selling of tests, pills, therapy, referrals, or simply selling the patient on their competency as a doctor.

Over the coming years, much of the selling will be replaced by data. Expert opinions get replaced by hard cold facts. Yes, this will unfold over time and the transition period will involve a multitude of probabilistic approaches that will eventually lead to a more factual-based decision-making process.

While many in the medical profession view this as taking away much of the doctor’s power and authority, it may be just the opposite. Big data is not the doctor’s enemy, but rather a hugely valuable important tool, perhaps the most important of all time.

Sometime in the not-too-distant future, patients walking into the doctor’s office will first receive a full-body scan, creating a complete data model built around several thousand data points. Any area that gives even the slightest hint of troublesome activity will warrant closer inspection.

For any number of conditions, rather than prescribing medicine as a treatment, doctors will prescribe a device. Devices will have a wide range of purposes ranging from ingestible cams and monitors, to wearable super data-collectors, to body function amplifiers, to pulse correctors, to early warning indicators.

During the transition period it will be a combination of drugs and devices, but eventually most medicinal treatments will be replaced with devices designed around coaxing the body into repairing itself.

Here’s why understanding this transition period is so important. 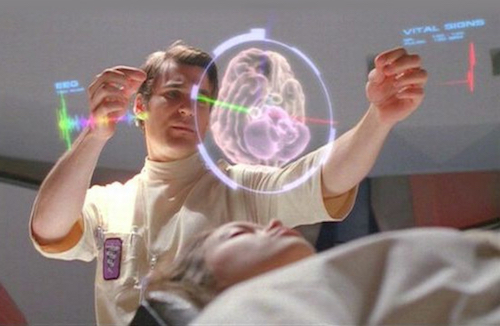 Healthcare as a Battleground

Yes, there are many things wrong with healthcare today. According to Peter Diamandis, founder of the X-Prize Foundation and author of the best-selling book Abundance, it’s no longer healthcare. It’s sick care. It’s reactive, retrospective, bureaucratic and expensive:

With so much negative press surrounding the healthcare space, each of these problems points to an equal and opposite opportunity, and inside these opportunities we can begin to see glimpses of what our future might hold.

It would be a mistake to assume that we won’t need doctors in the future. The deeper we probe into the inner workings of human biology, the greater our realization of how little we actually know.

It would also be a mistake to blame doctors for the system they currently find themselves in. Buoyed by the whims of big insurance companies, big pharma, and big government, doctors often find themselves the unwitting pawn of other, much larger, agendas.

That said, doctors are about to enter unfamiliar territory, with mountains of data replacing judgment calls, and former ways of doing business simply gone forever. Not all will survive this transition.

There may indeed be a bifurcation of old school and new school physicians, and universities that teach traditional medicine vs. those that teach bioinformatics, data-chemistry, genomic-roadmapping, and cellular manipulation.

But in the end, for those who want to continue learning, and continue probing the farthest reaches of future healthcare, doctors will have unlimited opportunities to make a difference in the years ahead. 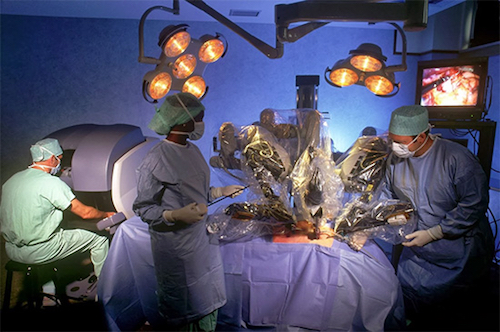 A Brighter Future Ahead

The tech world is making massive inroads into next generation healthcare. Here are just a few of the highlights: 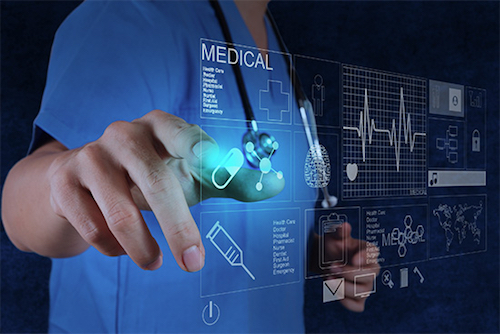 Oddly enough, most futuristic images of healthcare still have
doctors wearing a 100-year old stethoscope around their neck

If I were on the board of a pharmaceutical company today, I would be advising them to study, research, invest, and acquire some of the emerging device companies because that’s where the future lies.

Healthcare is an industry involving complicated politics, irrational decisions, and legions of people looking for their next paycheck. However, the sheer volume of money in the system is making it a prime target of entrepreneurs all over the world.

But for those thinking that emerging tech will enable them to circumvent the entire healthcare system completely, it may, but only for a very tiny subset of the population.

We are on the verge of crossing over from science hype to science reality, with the prospects of creating a tremendous upside. Yes, there will be more than a few battles fought along the way between doctors and health industry executives, insurance administrators, and government officials but in the end, it doesn’t have to be a win-lose situation.