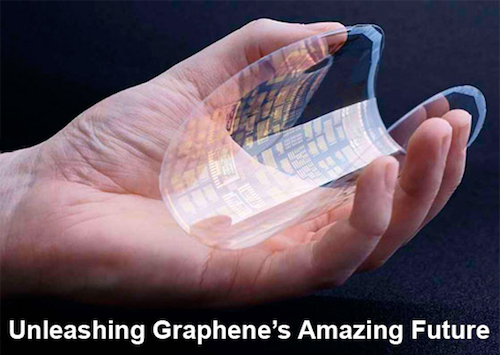 In 2004, scientists Andre Geim and Kostya Novoselov from the University of Manchester, used adhesive tape to lift a thin layer of carbon from a block of graphite, and placed it on a silicone wafer. Graphite is the stuff commonly found in pencil lead.

As simple as this sounds, what these two scientists had created was a 2-dimensional form of carbon known as graphene, and in 2010 they received the Nobel Prize in Physics for this discovery. But that’s only part of the story.

What makes the discovery of graphene so important is all of its unusual properties. It is a pure form of carbon that is very thin, very strong and very expensive.

These unusual attributes have made graphene the most exciting new material in all of science.

Since its discovery, a total of 8,413 patents were granted by February 2013 in areas such as super computing, electronics, energy storage, telecommunications, renewable power, health care, and telecommunications.

Over the coming years, the price of graphene will go through an exponential price drop similar to Moore’s Law.

Here’s why graphene and a host of other super materials are turning material science into the hottest of all hot new fields of research.

Nobel laureate Andre Geim was once asked why he never patented graphene. His answer was that a tech company executive told him that in a few years, big companies would hold so many graphene patents that he’d spend a fortune suing them.

Little did he know that a patent was filed on graphene a full 2 years before his so-called breakthrough discovery. US patent number 7071258, titled “Nano-scaled graphene plates” was filed in October 2002 by Dr. Bor Jang, founder of Angstron Materials, and Dr. Wen Huang, researcher at Nanotek Instruments, a company that was also founded by Dr. Jang. Both are in Akron, Ohio.

Dr. Bor Jang is an extremely rare scientific talent who had done tons of work on graphene long before the rest of academia discovered it. He currently holds over 40 patents on graphene-related applications and that number continues to grow.

One shortcoming though, Dr. Jang almost never publishes scientific papers, making him virtually unknown in academia. So did the Nobel Committee award the prize to the wrong people? In a word – yes. This was a serious oversight by the Nobel Foundation for not searching patent activity first. 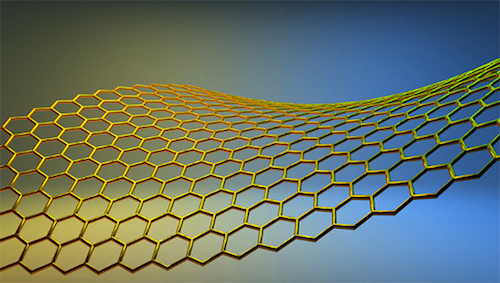 It’s these distinctive attributes that make it valuable in so many different industries.

1. Super Capacitors – Angstron Material’s 2010 patent for graphene-based super capacitors has been receiving lots of attention. Dr. Bor Jang explains, “This type of supercapacitor is especially attractive for electric vehicle where the pairing of supercapacitors with fuel cells or batteries could provide a hybrid system capable of delivering high power acceleration and energy recovery during braking.”

2. Energy Storage – Dr. Bor Jang’s super capacitor patents may also hold the keys to our coming energy storage revolution. Researchers at Korea’s Gwangju Institute of Science and Technology have already demonstrated graphene-based super capacitors that can charge 100% in just 16 seconds and repeat the charge-discharge cycle over 10,000 times without a significant reduction in capacitance. This could translate into charging your phone in 30 seconds, or your electric car in a few minutes.

3. Wireless Power – Battelle’s February 2013 patent on using graphene to develop a more efficient Tesla Coil, where the graphene would wrap around the wires of the coil to act as protection against unwanted eddy currents, makes these coils far more suitable for wireless power transmission. Nikola Tesla’s dream of wireless power is still alive and well, living inside the power of graphene.

5. Ultra Thin Batteries – Apple’s June 2013 thin battery patent is focused on using graphene as a heat sink in batteries. In order to adequately cool a battery, a graphite coating is normally 30 millimeters thick. The graphene heat sink drops it to less than one.

6. Controlling Epileptic Seizures – Neurologists at the University of Washington have determined that cooling the brain by 1.2 degrees Celsius will inhibit epileptic seizures. Cooling is achieved by replacing a small piece of the thermally insulating human skull with thermally conductive graphene, allowing heat to flow from the brain to the cooler scalp. This technique has been demonstrated to prevent seizures before they occur.

7. Instant Deicing of Aircraft – In a February 2013 patent, Saab describes how to apply a graphene layer to aircraft wings to remove ice from the wings during cold weather, and eliminate the need for the ‘chemical spray’ used today.

8. Nano-Scale Transistors – A January 2013 patent by IBM explains how they’ve manage to mitigate many of the challenges of nano-scale electronics by removing the parasitic capacitance and resistance through a simple reengineering of the geometry of the transistor with graphene.

10. Highly Efficient Water Filtration and Desalinization – Water and graphene have an unusual relationship. Water can pass through it, but almost nothing else can. Aluminum-oxide, currently used in many water filtration applications, becomes instantly outdated by graphene’s strength and rigidity. Researchers at Lockheed claim a graphene filter will reduce energy costs of reverse osmosis desalination by 99%. 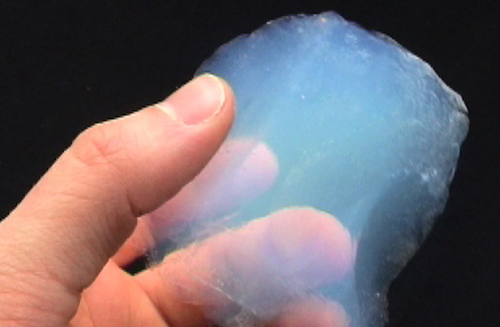 Aerogels are often referred to as “frozen smoke”

The Coming Age of Super Materials

You may not think its possible to conjure up some imaginary substance and create it on a computer, but that’s exactly what’s happening in the world of material science. Some of the newest materials getting scientists excited still only exist in theory. The next giant step will then be to actually start producing them.

Others already exist but are so new that their true range of application are still little more than conjecture in the minds of those developing them.

That said, we are about to embark on the golden age of material science with digitally modeled materials being fabricated and used in thousands of experimental applications before landing on their primary uses in the business arena. 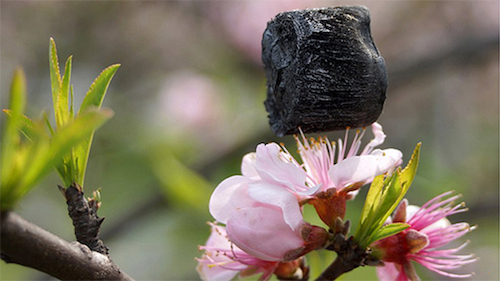 Graphene aerogel, the lightest substance on earth, weighing only 0.16 milligrams per cubic centimeter, resting on a flower

Graphene is strong, stiff and extremely light. Those who immerse themselves in its properties have their mind racing with possibilities.

One example has it being used to create bulletproof skin that instantly transforms the body into “cloaking mode” where wearers suddenly go invisible whenever signs of trouble appear.

It could eventually replace steel and carbon composites in everything from aircraft, to bicycles, to ships, to armored vehicles in the military.

Using graphene, thinly layered across surface areas, with its high electrical conductivity, thinness and strength, it could lead to fast and efficient bioelectric sensory devices, with the ability to monitor everything from glucose levels, to hemoglobin levels, to cholesterol, and even DNA sequencing.

But graphene is just one piece of a much larger puzzle being constructed in the coming era of super-materials. These materials are a result of a convergence of our ever-increasing connectedness, infinite computing, artificial intelligence, 3D printing, and a few technologies that still defy adequate description.

If you think this is cutting edge stuff, better brace yourself for what comes next. The genie has left the bottle, and next-gen super materials are poised to be a key ingredient in virtually all forms of innovation from here on out.