How Much are VR Broadcasting Rights Worth for NFL Football? 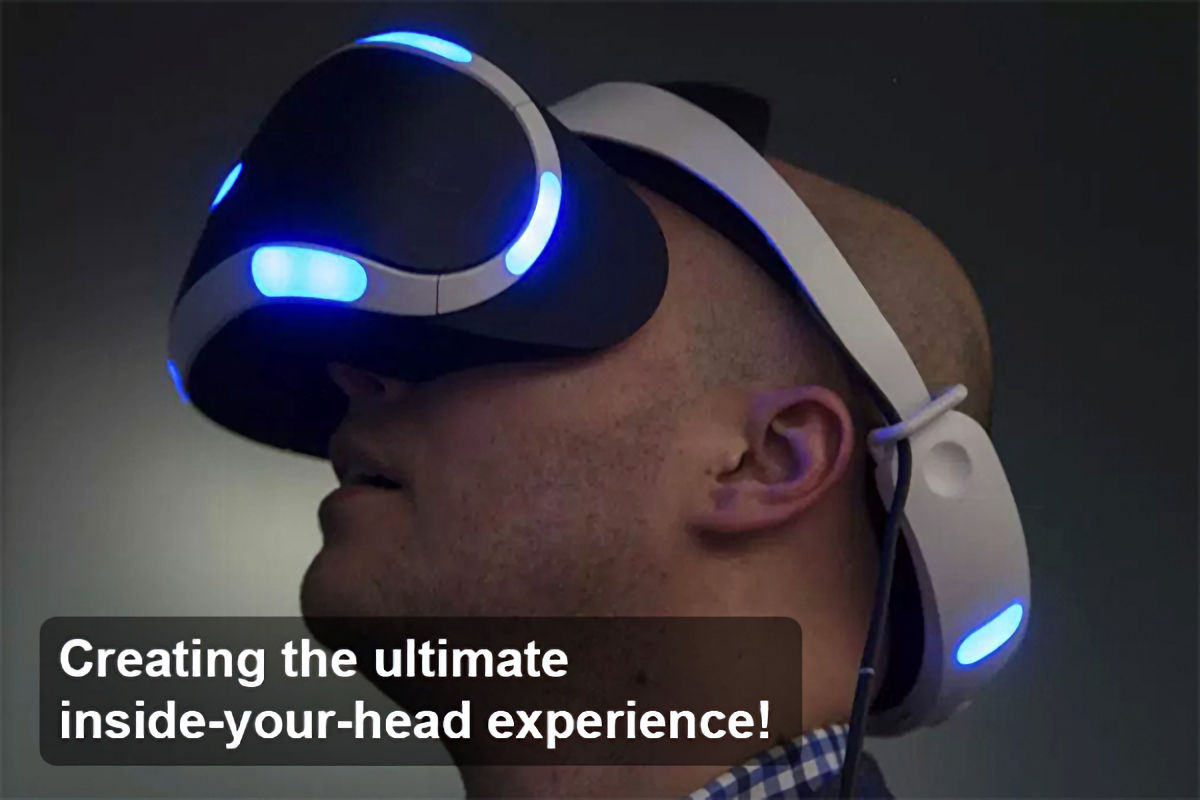 1994 was the first year that television broadcast rights for NFL football exceeded $1 billion. While currently earning between $5-$6 billion per year, the NFL currently has its eyes set on a much larger number in the years ahead, upwards of $25 billion.

Broadcast rights include an exclusive piece of content through which a broadcast company, in this case, CBS, Fox, NBC, and ESPN, have the right to air all the events leading up to the game, the game itself, and any post-game events significant enough to attract an audience.

The television rights to broadcast NFL games are the most lucrative and expensive rights of any American sport.

The value of these rights is based on a broadcaster’s ability to sell ads and make a profit. In most cases, the profit potential has to be several multiples of what they cost. So if the rights to an event cost $10 million and the cost of producing the broadcast with producers, hosts, commentators, reporters, camera crews, engineers, and studio analysts amounts to another $10 million, the television station may need to see potential ad sales of over $100 million to make it all worthwhile.

Over time television companies have become very sophisticated in their ability to predict audience size and generate ad sales.

As a result, professional sports have grown into a massive industry with player contracts, licensing agreements, and stadium deals all in the crosshairs, as owner groups have been quick to mine every possible revenue stream to their advantage.

That’s why the latest innovations in virtual reality are particularly interesting because they open the doors to entirely new revenue streams that currently don’t exist.

The key difference is that broadcasting rights for VR will have far less to do with ad sales and far more to do with the overall value of the experience.

The Ultimate Form of Story Telling

Athletic competition is only interesting if athletes and teams are relatively evenly paired, and if either team has the potential to win or lose their next competition.

Teams that always win tend to be far less interesting over time, and those with constant losing streaks are the least interesting of all.

In this context, sporting competitions have become the ultimate form of storytelling. Each contest is a test of the human spirit, with good guys and bad guys pairing off, amidst the great drama, as people test their limits to overcome adversity, in their struggle to achieve victory. And all of this is unfolding in real-time, veiled in the mystery of an unknown outcome.

For this reason, sports have become critical of fresh content in a world where relevance is gauged by timeliness and hyper-awareness is all part of the group experience.

The value of these broadcasts degrades exponentially faster than virtually any other form of content because once it’s over, and the scores announced, few people have an interest in watching it all over again.

As a result, sporting events take center stage as viewers plan their days. Most media companies view sports as an anchor event around which all other programming is scheduled. 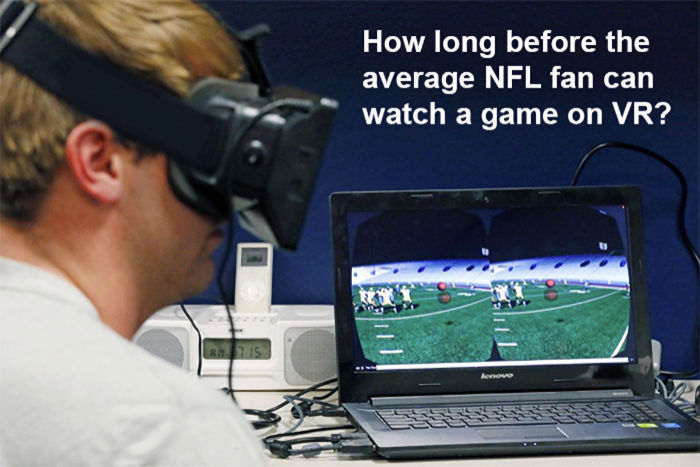 When will the experience be good enough?

As with any new technology, users have had to put up with bad prototypes and beta-quality equipment for several years, knowing something better will be coming soon. The public is now poised for the next generation of VR gear, sensing that every iteration moving forward will be substantially better than anything in the past.

But with football broadcasts being one of the thousands of potential applications, even the upgraded gear may not be ready for prime time.

As I see it, the ultimate football broadcast will involve a few key players on each team wearing tiny helmet-cams so viewers can experience the game the same way a player does.

This assumes video cameras that are tiny enough and durable enough to survive the rigors of full contact, and batteries and transmission modules unobtrusive to those wearing them.

It also assumes viewers and advertisers will be paying a premium for this kind of experience.

Once that’s proven, an even later generation VR will add haptic-sensation devices that allow wearers to feel the impact of getting hit on the field and, to some degree, the struggles each player feels as he plays the game.

The sale of VR gear will have to reach hundreds of millions of users before there are sufficient markets for teams and broadcasters to make the investment. Once that happens, the league will have to zero in on the right price point viewers are willing to pay a premium for that kind of viewing experience.

That could range from $50-$100 per game, or more, depending on the market. Since advertising on VR is still in its infancy, it’s unknown how much of it can be offset with sponsors.

Regardless of how good the broadcast is, virtually no one will want to spend 3-4 hours straight watching a game on VR. It will be an intermittent experience, with long interludes to enjoy a beer and some food and to talk with friends. Most likely it will be one VR set per party to share the experience.

Under optimal conditions with marked improvement in each new generation of gear, and sales of VR gear going through the roof, we are still at best five years away from any serious revenues being made from VR broadcasts of the NFL.

The first live sporting event to be broadcast on VR will be NASCAR. Fox Sports has teamed up with NextVR to bring the 58th running of the Daytona 500 to Samsung Gear VR users.

Done as a promotional event, NextVR will have 360-degree cameras positioned at the starting line, in the pit row, and in the garage. And Fox will live stream a directed broadcast of the race complete with graphics and commentary to guide virtual reality users around the track.

With Samsung underwriting the costs of this experiment, this will be a good test case to determine the overall value of the experience. Yet it is far from having cameras mounted on every driver’s helmet and having an immersive “feeling-the-heat-of-battle” experience.

We will see a number of these experiments play out over the coming years with tech companies hoping to drive sales and sports teams looking to set the stage for a more engaged audience and measurable broadcast rights somewhere down the road.

VR has the potential to make or break sports in the future. Both engagement and entertainment levels will change, as will the audience experience. It will also dispel some of the mystery behind the magic. That will be unfortunate for some but a boom for others.

It will also mean that physical sports will have to compete with virtual sports on the consumer attention index. Since video games are far more VR-ready than anything in the physical world, the real competition here may be for the mindshare of consumers in an overly distracted marketplace.