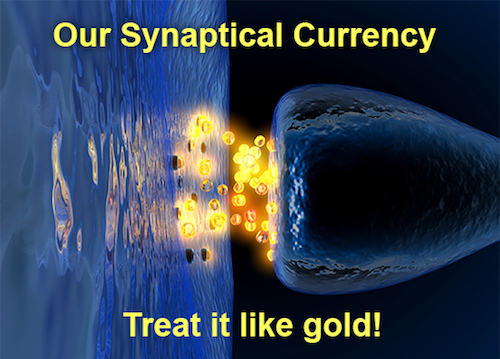 What has been the hardest problem you’ve had to solve in your life? As I step you through this question, just focus on the ones where you actually found a solution.

For some of you, this may have included things like finding a job, finding a cure for a disease or medical problem, or dealing with major family issues.

When you had to solve the problem, how much time, energy, and brainpower did you commit to coming up with an answer?

Now consider how different your life would have been if it only required half as much effort – half as much stress, anxiety, and mental turmoil.

In his book “Outliers,” Malcolm Gladwell focused on two key variables as to why people have become successful – effort and opportunity. The effort part coincides with what he calls the “10,000-Hour Rule” where true experts expend at least 10,000 hours studying and learning their craft, and that alone is not enough unless they also fall into the right opportunity.

Taking the “10,000-Hour Rule” a few steps further, how many synapse firings inside the brain have to occur to achieve the equivalent of this 10,000-hour mastery?

Assuming there is a physical limit to the number of times a synapse triggered signal can pass through the human brain in one day, the way we expend our “synaptical currency” becomes a crucial element in our personal success formula.

So how do we go about assigning monetary value to the finite resource I’m calling “synaptical currency” that will eventually determine our value in society?

How much is Brain Power Worth?

When it comes to finite resources, brainpower is an obvious one. Every one of us runs into natural barriers in our ability to consume and process information.

If we were able to place some sort of synapse monitor next to our heads that actually counted the number of signals passing through our neurotransmitters on a daily basis, a number that I’m sure varies widely from person to person; we would begin to see quantifiable limits on our individual capabilities.

It’s easy to speculate that those with higher limits are the brightest, but that’s probably not the case. What’s more important though is that there are limits, and how we expend any of our finite resources becomes a critical component to personal achievement. 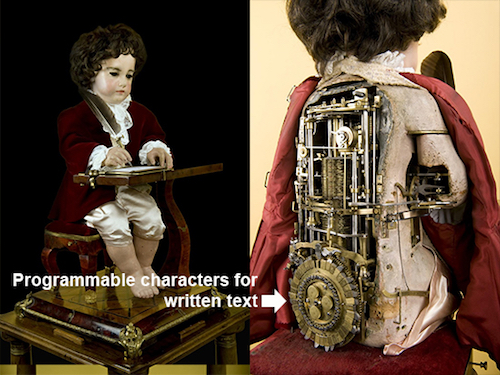 “The Writer” by Pierre Jaquet-Droz

The Story of Pierre Jaquet-Droz

An eighteenth century watchmaker, Pierre Jaquet-Droz, considered by many to be the Albert Einstein of his age, became best known for the ultra sophisticated animated dolls, or automata, he designed using thousands of miniature gears and levers to guide their movements.

In this video, the BBC demonstrates one of his best-known automata, “The Writer.” Constructed between 1768 and 1774, Jaquet-Droz and his assistants used over 6,000 intricately crafted pieces to create a boyish looking doll, quill in hand, sitting a writing table. Simply wind the main spring and the boy comes alive.

With elaborate eye and hand movements, the boy carefully writes characters onto paper until his message is complete.

To make this even more impressive, Jaquet-Droz added a programmable wheel on The Writer’s backside so users could actually change the message the boy is writing. This is a form of programming that even predates Charles Babbage by several decades.

An amazing fete of human engineering, and it happened 240 years ago.

His intention was never to sell his automata, but rather to use them to lure in more customers for his watches. His marketing genius was only exceeded by his engineering prowess.

In today’s world, using computers and 3D printers, Jaquet-Droz would have been able to build a similar device in a fraction of the time. In other words, the amount of synaptical currency he spent would have been far less.

But for him, this was his greatest personal accomplishment.

What do you consider to be your greatest accomplishment in life?

This question is similar to the previous one I asked about the hardest problem you’ve had to solve because it forces you to become introspective, viewing yourself from the inside out.

Most people have great difficulty with this question because what we’ve personally accomplished seems rather minor to what most would consider worthy of being called the “greatest.”

However, if you reframe the question around what you’d like to accomplish, and compare it to what you have already accomplished, you begin to see the gap between the two.

In the past, most people’s greatest accomplishment was simply survival. The vast majority of their day was spent on finding food, water, shelter, and staying one step ahead of predators, extreme weather, or whatever it was that could kill them.

In that era, very little time was dedicated to what we would term a significant accomplishment in today’s world.

As society progressed and became more systematized, far less time was being dedicated to survival, allowing more energy to be directed towards more esoteric endeavors like what we want to accomplish. 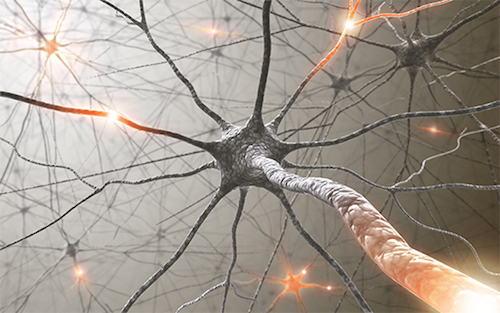 How do speed up our neural signal transmissions?

Twice as Much in Half the Time

Do all of our synaptical expenditures have value? Perhaps internally to ourselves, but not externally.

We spend our synaptical currency both when we learn and when we work. We also spend it on fun and entertainment, every time we make a decision, and even while we are sleeping.

Most of us hold little regard for how we often squander this limited resource until it comes to work. The synaptical currency that we sell to others, in the form of work, typically has to come with a paycheck commensurate to the value of our work.

As we add unique and different forms of automation to our lives, the amount of synaptical currency we dedicate to accomplishing individual tasks begins to decline, and our output becomes less brain intensive.

According to neuroscientist Astra Bryant, a rough number for neural signal transmissions in the average brain ranges from 86 billion to 17.2 trillion actions per second.

With the automation of work, the expenditure of synaptical currency per accomplishment will decline, but so should our expenditures for learning. If we can accomplish twice as much in half the time, we should also be capable of learning at a comparably quicker pace.

Certainly I don’t claim to be a brain expert even though I’ve been using mine for well over 10,000 hours. I’m not even an expert on using my own brain since there are countless ways I could be using it more efficiently.

If we take Gladwell’s 10,000-Hour Rule and subdivide it into synaptical transmissions, we will end up with a very large number. But even though it’s a massively large number, it’s not infinite.

Similarly if we assign a dollar value to our synaptical currency, yes it would seem infinitesimally tiny in comparison to the number of neurotransmissions needed to equal a single dollar. But again, it’s not zero.

Over the coming decades we will be creating a world that works with exponentially greater precision than how we operate today. Accomplishments that can be completed through a fraction of today’s synaptical expenditure will give rise to far greater accomplishments in the future.

So will “synaptical currency” eventually be used to determine our value in society? Yes, I think it will.

Admittedly, my theory of synaptical currency is far from complete and I’d love to hear your thoughts on better ways to frame it. Or if you think I’m off in left field, please let me know that as well.