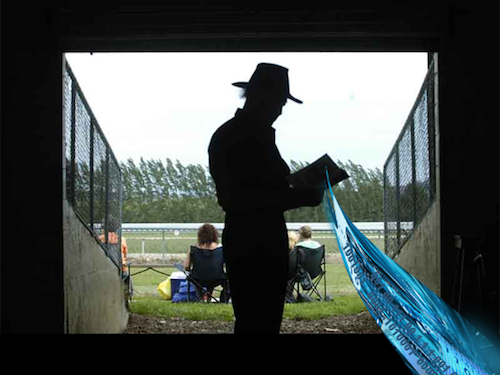 Combined with all of the apps for Blackberries, Windows 7 Phones, and other smartphone platforms, we now have over 1 million mobile apps available for download.

Putting this into perspective, the whole mobile apps revolution began in March of 2008 when Steve Jobs announced the software developer’s kit for the Apple iPhone. When Apple’s App Store officially opened on July 11, 2008, there were a whopping 552 apps to choose from.

To say the apps were an instant success is a gross understatement. Over 60 million apps were downloaded within the first 3 days and tech companies around the world began to sense a market shift. Little did they know how much, and how many industries would be affected. As of today, over 20 billion apps have been downloaded and there’s no end in sight.

Sometime next year, the number of mobile apps will exceed the number of books in print – 3.2 million. This is an interesting comparison to make because both books and apps are information products. Can a book be an app? Or an app be a book?

Here’s where it gets real interesting. Perpetual self-updating books that function as a book-app hybrid may seem like the tiniest of narrow niches, but I predict this will become one of the most lucrative niches of all in the entire publishing world.

Digital publishing does not mean fewer books or fewer readers. Rather, it paves the way for lower cost publishing, new forms of “books,” more authors, more titles, and a host of new opportunities. Most importantly, it will set the stage for experimentation as inventive minds help redefine the form and nature of books.

People today tend to resent the one-way flow of information. For most of history our technologies have only allowed information to flow in one direction, and businesses have capitalized on this limitation.

Today the rules are different. Interested people want to immerse themselves with ideas, and they will to do this through comments, author interaction, wiki forums, and other forms of topical conversations.

Books have traditionally been the epitome of one-way information, but digital books are changing all that. Readers who become engaged with the information in an e-book will become evangelists for it. They will not only tell others, they will broadcast it to the world.

Digital books have set the stage for publishers to experiment with entirely new business models.

Rather than focusing on selling large numbers of books to become profitable, eBooks may be used as the loss leaders for other pricier products and services.

With the time-scarcity that most authors have, the cost of the services will increase along with the level of time and personal involvement of the author.

In much the same way the music industry has shifted to selling concerts rather than records, the publishing industry will look for new ways to monetize the performances of its talent base.

Yes, people will still pay to purchase books, but they may be willing to pay far more for a variety of other ways to engage on the topic. Hosted mastermind sessions, subscription newsletters, interactive telepresence calls, one-on-one consulting, and paid appearances and speaking gigs are all options that next-gen publishers will consider as they calculate the value of a new unpublished work.

Much of this already goes on today, but continued experimentation will take this industry far beyond anything currently in existence.

Some books will include ads, product placement strategies, affiliate marketing, and other ideas for cross-promoting products.

However, the business model I find most interesting is that of the perpetual self-updating book.

Unlike the 40-year-old idea of buying a set of World Book Encyclopedias and each year paying for an additional volume to keep the information current, digital books have the ability to be updated on a minute-by-minute basis.

In our fast-changing tech world, virtually everyone is struggling to stay current. The average person in the U.S. today spends 11.8 hours per day consuming information. Just putting in more hours will not give anyone much of an edge. For someone to exceed the ranks of “average,” they will be forced to find better sources of information, and a means for consuming it more efficiently. That means better information, faster.

With constantly updating books, the ideas of “version control,” “rewrites,” and “new releases” will fall by the wayside.

New branding efforts will be used to capitalize on terms such as “active books,” “now books,” and “subscriber books.” These will be some of the new phrases added to our vocabulary over the coming months.

For publishers, the appeal to a perpetual self-updating book is the chance to make far more money than through the traditional one-time sale of a book. Receiving a one-time $25-$30 payment for a book is miniscule in comparison to the $5 per month for the next 10 years pricing model.

When I mentioned earlier that books will begin to compete with apps, a major part of the competition will be centered around the payment structure.

Apple and Google’s current 30% share of each app purchase is roughly equal to Amazon’s 30% piece of the under-$9.99-priced books. Of course, free apps are still free.

At 30%, the amount is treated far more like a sales commission rather than the normal 2%-4% range charged by most payment processing services.

Where it gets confusing is when an app is used as a conduit to a purchase on another site. Newspapers often offer a free version of their content with an option to purchase a paid subscription. This has become known as an in-app payment system and Apple has been wrestling with policies and pricing structures that make sense.

Newspapers, gaming companies, and Amazon resent being subject to Apple policies. But despite many attempts to create rival app stores, Apple still controls over 80% of money paid for apps. So, for the moment, Apple is in the driver’s seat when it comes to setting app payment policy for this emerging industry.

When it comes to eBooks, Amazon, with its 50% market share, has the edge on setting industry policies.

However, this is a very fluid marketplace and tomorrow’s Netflix of the book and app world may well be neither of these players.

Publishers are searching desperately for a way to re-establish themselves as one of the central players in the global ideas marketplace. They are currently feeling battered and bruised, and the dark clouds of future prospects have them questioning their own decisions.

The reason I find the idea of perpetual self-updating books so intriguing is that it is a business model very close to what already exists, but far more lucrative. Rather than working on thousands of new titles a year, publishers can be very profitable with only a few dozen titles.

Yes, this may indeed be a very tiny niche in the emerging new-information world, but new business models like this can be very enlightening, leading to even bigger ideas.

My hope is that this may become one of the idea-sparking models.