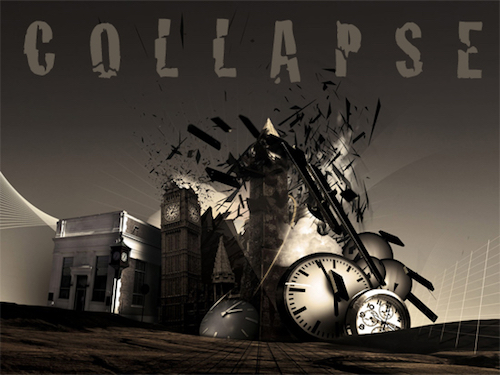 It was roughly two years ago, October 15, 2009, when I got a call from a desperate lady, panicking, as she asked for my help.

Being a futurist, I don’t get many calls from people who urgently need my help. Futurists are rarely first responders.

As she described the situation, telling how a young boy’s life was at stake, and the situation was far too complicated for normal emergency rescue crews, she somehow thought of the DaVinci Institute.

“You work with some of the brightest minds in the world and this situation is going to require a very ingenious solution.” Her voice was dripping with trepidation and fear.

Moments after receiving her call, I turned on the television because the problem she described was quickly unfolding across the nation, gaining national attention, as a six-year old boy named Falcon had somehow gotten trapped inside a small weather balloon that was flying over the Midwest. Yes, this was the legendary balloon-boy incident, gripping the nation in panic and fear until the entire hoax started unraveling.

At the DaVinci Institute, we often tackle complex problems to find solutions. But in today’s world, one of the biggest problems threatening society today is complexity itself. Here’s why.

In 1988, Joseph Tainter wrote a disturbing book titled The Collapse of Complex Societies. Tainter’s work enabled him to take a close look at some of the most sophisticated societies throughout history to gain a better understanding about what led to their fall – the Roman Empire, the Anasazi In Chaco Canyon, the Mayan Civilization, ancient Mesopotamia and several more.

Every one of these groups had rich traditions, complex social structures, and advanced technology. But despite their cleverness, they all collapsed.

These once great civilizations, all separated by time and distance, created systems for living and working that were not flexible enough to survive the demands of change.

With architectural details still offering only sketchy insight at best, the rapid declines were invariably triggered by a single incident that caused the entire house of cards to crumble.

For people living in each of these cultures, it became impossible for any one person to understand the interrelationships and intricate workings of the whole. While the triggering event may be considered a classic blunder by today’s standards, it would have been impossible to predict at the time.

Industries today operate, in many respects, like these ancient cultures, but heavily influenced by external forces.

In September last year, Blockbuster Video filed for bankruptcy protection amidst a rapidly declining video store rental market. At their peak, this well-know brand boasted over 4,400 stores around the world.

Over the coming years, every one of these stores will be closed, replacing people with machines as they try to re-engineer their business model around a faceless vending operation, and eventually they too will disappear.

Video rental businesses are going the way of the Yellow Pages, travel agencies, and, in earlier days, blacksmiths, telegraph operators, and livery stables.

The difference today is a well-connected world that enables us to learn about the signals of change before the bulk of the change actually occurs.

Unlike the slow moving cultures of the past, where every change took a generation or two for people to adapt to, business opportunities today can be capitalized on in a matter of days. These businesses are being created around fragile structures that can cause entire industries to grow and collapse in what would seem like fleeting moments in any history book.

One topic receiving considerable attention today is unemployment. The trappings of modern employment have a relatively short history with an entire body of regulations building up around the employer-employee relationship to help define an equitable working arrangement.

At the same time that employment law is being defined to the nth degree, technology is being developed to disrupt the human need for traditional workers.

Automation comes in many different shapes and sizes, sometimes hardware, sometimes software, that causes the need for human labor to drop precipitously.

Since business has an obligation to hire and employ the fewest number of people it can get by with, most are quick to jump on any labor-saving automation they can reasonably implement.

Many of these automations eliminate as many as 10,000 people at a time. Just as email has eliminated the need for mail delivery, electric cars will eliminate the need for car mechanics.

These types of automations are being introduced into society with ever-greater frequency. Much like a giant elephant stomping across the employment landscape, huge numbers of jobs are being eliminated every time a foot hits the ground.

A research group we have at the DaVinci Institute has been looking closely at the future employment issue and whether we are destined to reach something as devastating as 50% unemployment.

One conclusion we reached is that every industry will indeed go through a period of 50% unemployment, eventually.

In the 1700s over 97% of the people in the U.S. were involved in agriculture in one way or another. Today that number is 1.4%, yet we produce far more food. Agriculture is an industry that has gone through several iterations of 50% unemployment.

Neither of these industries has collapsed, but they look radically different than they did a few decades earlier.

The Engines of Job Creation

In a recent column I asked the question – “Is there such a thing as a “forever” job, a position that will endure forever through time?” Will we always need policemen, firemen, teachers, farmers, doctors, and nurses, or is it possible that those professions will also go away?

One astute reader commented that we will always have a need for “fathers” and “mothers.”

Excluding these two non-paid professions, if we start with the premise that there is no such thing as a forever job, that all jobs will eventually be replaced, we can logically conclude new jobs will be needed to take the old one’s place.

Going one step further, if we assume the pace of life is constantly speeding up, we must also consider the possibility that jobs will disappear far faster in the future than they do today. Certainly there are no guarantees we will stay on this torrid pace of change, but for the time being we will need to quickly make adjustments along with all other aspects of society.

For this reason, the next obvious question is whether or not we can create new jobs as fast as the old ones go away? And if not, will we suffer the same fate as the Romans, Mayans, and the Anasazi.

In a closely linked, interdependent world, every change will cause ripple effects that reach into people’s lives, even those working in industries seemingly unrelated to what originally happened.

Change does not happen because everyone gets together first and decides a change is going to happen. When the stock market started collapsing in 2006 and 2007, it wasn’t because there was some grand conspiracy to cause entire industries to fall apart. Everyone loses when that happens.

Tainter concluded that when society’s elite members add one layer of bureaucracy too many that it becomes the proverbial straw that broke the camel’s back.

Complex societies collapse because they are too inflexible to respond. From our vantage point, this can seem rather mystifying. Why didn’t they just re-tool and make things simpler? The answer Tainter gives is a simple one: When societies fail to respond with orderly downsizing, it isn’t because they don’t want to, it’s because they can’t.

Even when moderate adjustments can be made, they tend to be resisted, because any simplification is too disruptive for the elite among us. Collapse becomes the last remaining option on the path to simplification.