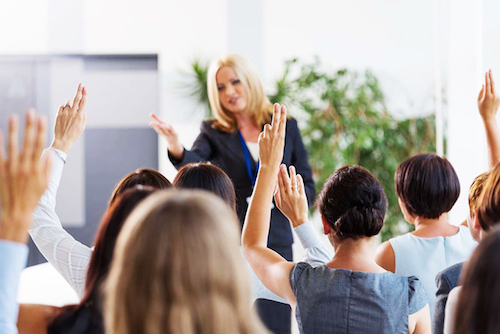 Slashcasters, a new breed of pitchmen for the digital age of retail

I was recently asked to do the keynote talk at a retailer conference in Orlando, Florida speaking on the topic of what the future of retail may hold. At one point in the conversation, the caller made the comment that one of the biggest problems in retail is that consumers are evolving faster than retailers can adapt.

In a digital world where shoppers have a very easy time of bouncing around websites to find the products that match their interests, and at a bargain price, traditional retailers have been left at a significant disadvantage. Add to this free shipping, no sales tax, and a far more efficient system for matching buyers and sellers and it is suddenly not hard to understand why retailers in the physical world are going out of business.

However, one piece that traditional retailers haven’t taken full advantage of is their ability to add an experience to the sales process. For this reason I’ve conceptualized a new tool that will allow retailers to recapture some of their lost market appeal. This tool involves a new breed of pitchmen well-suited for the digital age of retail. Using a new term I’ve coined, I refer to these people as the Slashcasters.

Over a century ago, when food and supplies were relatively scarce, general stores sprang up as an important cornerstone of every town. Shoppers had few options and most were thankful to come across whatever limited supplies were available.

Working in a general store involved little more than putting products on a shelf. There was hardly any need to be organized because people would find whatever was for sale and buy it.

Over time, the number of available products began to grow and customers became increasingly picky about what they purchased.

In 1893, Richard Sears formed a partnership with Alvah Roebuck and the catalog business sprang to life. By 1894, the Sears catalog had grown to 322 pages, featuring sewing machines, bicycles, sporting goods and a host of other new items. By the following year, dolls, icebox refrigerators, cook-stoves and groceries had been added to the catalog.

Oddly enough, between 1908 and 1940, Sears sold over 70,000 ready-to-assemble houses. Shipped via rail, these kits included all the materials needed to build a complete home.

Throughout the 1900s retail, as an industry, was constantly evolving. General stores morphed into department stores, discount stores, convenience stores, and shopping malls. Warehouse clubs, hypermarkets, supermarkets, and big box retailers were all added to the mix and shoppers became far more particular about the products they were associated with.

Online retail sprang to life in the early 1990s, but it wasn’t until 1995 when Jeff Bezos launched Amazon that ecommerce would begin to make serious inroads, attracting a growing share of the retail marketplace.

Some of the most recent innovations in online retail include:

Forrester Research is predicting that 2010 total online sales will reach a staggering $173 billion in the U.S. alone.

Rest assured, the retail industry is not about to stop evolving anytime soon. Here are a few of the more important trends to pay close attention to:

People who wander through retail stores are looking for surprises. For some the surprises may be subtle things. “I didn’t know it came in blue.” Or “Wow, that’s really a good price.”

However, the high amperage media laden shoppers of today need far more stimulation to get their attention. Every product needs a story, and the boxes, packaging, and surrounding commercials can only go so far.

For this reason, people are typically willing to spend more on a product that comes with an experience over one that doesn’t.

Much of the commercial retail space in America today is witnessing an implosion caused by a combination of forces – losing market share to online retailers, rising cost of personnel, utilities, and sales tax, a fickle consumer base, demanding hours, and more risk than aspiring retailers are willing to take on.

But this is about to change with the introduction of Slashcasters, an entertainment-based retail experience inside malls and other kinds of stores. Think QVC meets Groupon meets the Blue-Light Special with a dash of the Riddler from Batman thrown in to make things interesting.

Every Slashcaster event will be staged around a charismatic pitchman (or pitchwoman) who brings products onto a stage, tells a story about them, and slashes the prices. But the events will be far more sophisticated than that.

Tons of on-line and offline marketing will be used to drive crowds to the events. Some will require that you be present to participate, others will be broadcast live over the web, but will involve customers picking up the products in person. Since the driving motivation behind this is to bring more people into the stores, there will typically be a requirement for customers to make an appearance.

Much like the deal-of-the-day sites, Slashcasters will be offering deep discounts that are only available for a short period of time. Some will involve limited inventory – “only 3 available at this price” – while others will involve a limited time offer – “for the next 30 minutes.”

Slash-casters will serve as a bridging engine between retail storefronts and the online world. Physical storefronts have some distinct advantages that few have bothered to exploit, the most significant of which is human interaction. People are very competitive by nature, and when directed by an energetic personality, a crowd of would-be buyers becomes a symphony of flowing energies waiting for the conductor’s next move.

Slashcasters will constantly be pushing the envelope. Each event will be different, and most of the time every product will have a different sales process. Some products will be advertised in advance, but most will be unveiled at the show. Some will involve ridiculous games and antics to increase the entertainment value of the event. Some products will come with a set price, while others will be sold through a “Slashcaster-auction” process where prices decrease until someone buys them. Some will involve elaborate schemes such as a store-wide scavenger hunt, free product samples, demonstrations, hitting a bull’s-eye, live music, and the appearance of famous personalities. And some will even involve cause-marketing with proceeds going to a local charity.

While many of these sales tactics have been used in the past, the structure and organization will be framed around the viral storytelling ability of social networks, and the growing need for unique one-of-a–kind entertainment that can only come with an over-the-top shopping experience.

Many Slashcasters will develop a celebrity-class reputation for the work that they do. They will be judged by their performance numbers, but the very best will cause audiences to drive long distances to see their favorite personalities take the stage and “wow” the crowd.

As I mentioned earlier, the retail industry is not about to stop evolving anytime soon. But Slashcasters will represent an important stepping stone towards the revitalization of the human-connected marketplace.

← Where the Books Used to Be Global Elections →
Tags: slashcasters