Nature is Not Human-Centric 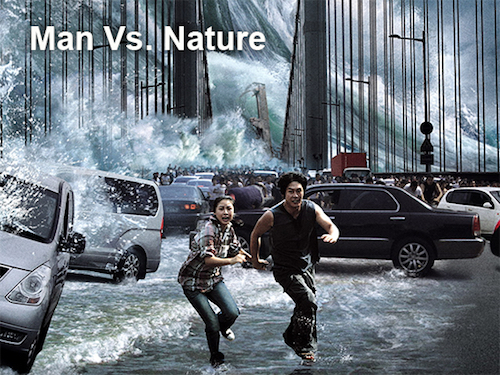 After pondering this question, the audience responded with a mixture of “there is no intelligence in nature,” and “nature is not an entity with a singular intelligence.”

So exactly what is this thing we call nature, and why do we hold it in such high regard?

One of my pet peeves with the food industry has been the association of “all natural” with “good for you.”

Not everything found in nature is good for you. Things like poison ivy, hemlock, chrysanthemums, and rhododendrons are poisonous. Weather events such as tornadoes, hurricanes, and hailstorms can also be massively destructive. Even viruses and diseases can be considered “natural.”

Yes, we all know these things, but there remains a pervasive notion that nature has it right.

Nature didn’t have it right when it came to the woolly mammoth, the dodo bird, or the saber tooth tiger. Nor did it have it right for the Aztecs, Incas, or the Anasazi.

Nature is neither our friend nor our enemy.

If something is considered part of nature, it generally refers to the phenomena of the physical world, and also to life in general. It ranges in scale from the subatomic to the cosmic.

But it’s critical to frame our thinking around the fact that nature is not human-centric. Here’s why that’s important.

Over the coming years, technology will begin to open one Pandora’s Box after another. We will find ourselves face-to-face with countless dilemmas as our ability to extend human influence and control stretches far beyond anything possible today.

Here are just a few of the significant challenges that lie ahead: 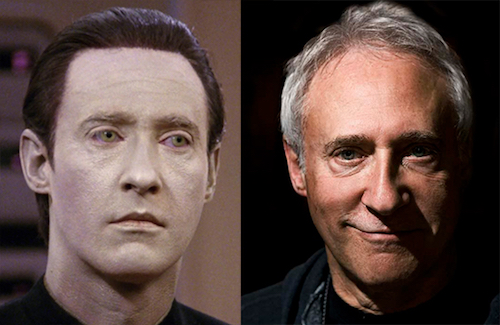 Brent Spiner with and without makeup

Rethinking the Ethics of our Future

Early on in the filming of Star Trek Next Generation, Brent Spiner, the actor who played the sentient android Lieutenant Commander Data was growing tired of applying his makeup every day. So he asked Gene Roddenberry, “Don’t you think that by this time in history, they would’ve figured out how to make skin look like skin?”

Roddenberry replied, “What makes you think that what you have isn’t better than skin?”

Underlying Spiner’s question was the assumption that humans have already achieved the ultimate form.

So should we think about reengineering human skin, or designing bodies that never age, bio-hearts that never fail, or brains that function ten times faster?

Do questions like this begin to raise ethical red flags in your head? That’s precisely the point.

If we continue to use “nature” as our moral compass, we will invariably get it wrong. Nature doesn’t care.

There are no ethics or morality in nature. Morality comes from our values and nature doesn’t concern itself with any human-centered tenets or beliefs.

“If we continue to use ‘nature’ as our moral compass,
we will invariably get it wrong. Nature doesn’t care.”

As we begin to deal with the complex issues ahead, I find my role and duty as a futurist changing. At times I’m looking at the future through the eyes of a philosopher, ethicist, and truth seeker even though “truth” has become such a murky issue in the increasingly squishy fields of science and physics.

Much like Schrodinger’s cat, truth is never there when you need it.

Understanding how the future unfolds will require accounting for difficult decisions along the way. These decisions become key turning points in human history. The ethics and morality of ages past will have little bearing on many issues we face in the future.

That said, I would love to hear your thoughts. Unlike most of the topics I cover, this has been more of a personal rant, so please feel free to help set the record straight.