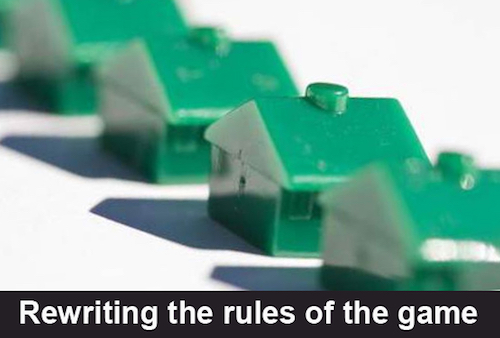 In 1936 Edwin Howard Armstrong unveiled an improvement in radio that would later become known as FM radio. Working out of an office on the 82nd floor of the Empire State Building, an office provided by RCA, Armstrong was on the verge of revolutionizing the radio industry. But it was a revolution that would not happen for several decades.

Armstrong was a true innovator in communications technology, first patenting three breakthrough technologies between 1914 and 1922. By early 1923, Armstrong was a millionaire as a result of licensing his patents to RCA.

David Sarnoff, then President of RCA and former friend of Armstrong, decided the switch from AM to FM would undermine the current AM monopoly. Sarnoff came to see FM as a threat and refused to support it further. What once seemed like a sure thing quickly turned into an industry black sheep.

After countless years of court battles with RCA and others, financially drained, Armstrong gave up the battle. Removing the air conditioner from the window of his 13th floor apartment in New York City, he jumped to his death on January 31, 1954.

Due to the actions of RCA, FM technology sat on the sidelines for two decades waiting for legal battles to play out. It wasn’t until 1952 that Blaupunkt would become the first radio manufacturer to offer FM receivers for cars, and it wasn’t until 1978 that listenership to FM stations would finally exceed that of AM stations in North America.

The story of FM radio typifies what we’ve all come to think of as the overarching ruthless power of monopolies. But what a monopoly is and how it gets formed is being reinvented by some very shrewd business people using tools that didn’t exist 20 years ago.

The Human Nature of Monopolies

In economic terms, a monopoly exists when a single entity has enough control over an industry to determine the terms of access for products or services.

In a free enterprise system, the game of business is a competitive sport that rewards aggressive personalities. As a result, some monopolies form naturally out of the competitive nature of generally accepted business practices such as with Google’s search engine, Microsoft’s Office products, or Facebook’s social networking system.

One thing they all have in common is an “unusual competitive advantage” stemming from economic barriers such as economies of scale, capital requirements, cost advantages, and technological superiority. However they can also be formed around legal barriers and deliberate actions.

In the recently released book “The Master Switch: The Rise and Fall of Information Empires” written by Columbia Law Professor Tim Wu, Tim does a masterful job of describing the history of communications in the U.S. starting with the telegraph and the growing power of Western Union.

As Dr. Wu describes, nearly every new form of communication technology begins with a period of experimentation followed by overly optimistic speculation on the freedom and openness it will bring to the masses. But over time, one dominant player will emerge to usurp control of the industry, and turn it into a monopoly.

The Life Cycle of a Monopoly

One thing history has taught us is that all monopolies end.

Given the fact that they end, we can begin to distinguish the characteristics of the beginning, middle, and end as well as the turning points along the way.

Government sanctioned monopolies granted to the likes of power, natural gas, and cable TV companies requiring their own infrastructure tend to have much longer cycles. Natural-forming monopolies in rapidly changing tech spaces, like the short-lived dominance of MySpace in social networking circles, can be measured in months, not years.

As Professor Wu says, “Info-monopolies tend to be good-to-great in the short term and bad-to-terrible in the long term. Today, a single search engine has made virtually everyone’s life simpler and easier, just as a single phone network did 100 years ago. Monopolies also generate enormous profits that can be reinvested into expansion, research and even public projects: AT&T wired America and invented the transistor; Google is scanning the world’s libraries. The downside shows up later, as the monopolist ages and the will to innovate is replaced by mere will to power.”

It was “us” driving the marketplace that made Google and Facebook dominant. The biggest sites were faster, better and easier to use than their competitors, and the benefits only grew as more users signed on. But what seemed like a good idea in the beginning, to pick one search engine or one social networking site, ended up giving us what we didn’t want — a world with fewer options.

Every time we follow the leader for what seems like good reasons, the consequence is a narrowing of our choices. This is an important principle of information economics: “Market power is rarely seized so much as it is surrendered.”

Here are a few examples of some of today’s more unusual monopolies:

One thing is clear, the monopolies of the future will be far different than the ones we’ve seen in the past. Limitations surrounding infrastructure that require pipes and wires will begin to find usual competitors. Similarly, industries formed around scarcity will be confronted with work-arounds that were previously unimaginable.

Perhaps the biggest battles will be wages over who gets to monopolize our time.

Monopolies of the future will transcend country boundaries and defy regulation by any one country. While the advantages of an Internet based on a global communications network make it easy for us to eliminate dependency on buildings and specific locations, these same attributes make them harder to regulate.

The Internet itself will become the subject of many take-over bids, the first of which will likely come from AT&T.

Government itself is a monopoly. People in government tend to be more tolerant of monopolies because they serve as a stabilizing force in an otherwise unstable world.

It would be a gross over-statement to say that monopolies are all bad. In the short term the create market efficiencies, set standards, and grow the market farther and faster than companies operating in small competitive marketplaces.

As consumers, it often far easier to have the decision made for us, where we only have one company to call.

The Internet is still in its adolescent years. The monopolists guiding the Internet are still in the “good-to-great” stage of the monopoly life-cycle. We can also take comfort in the fact that most of the Internet’s giants are aware of the responsibilities that come with the powers they wield.

Is there a chance that history could be handing us a new script to follow to go along with the new communication tools now in play?

Not too likely, but I’m certainly open to hear from those of you who draw other conclusions.