Technology’s Threat to the Future of Sports – Part 1 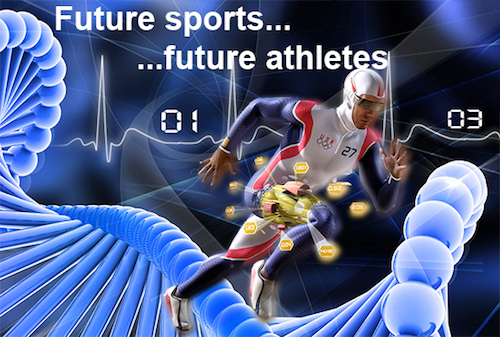 Recently I returned from a trip to Seoul, Korea where I was asked to speak at the Global Sports Marketing Forum on the “future of sports.” This event was part of a series being planned to draw attention to the 2018 Winter Olympics in Pyeongchang, Korea.

Here’s how I began my presentation in Seoul.

In 1980, Carnegie Mellon University announced the formation of the $100,000 Fredkin Prize, named after computer pioneer Edward Fredkin, for anyone who could develop a computer capable of beating a world chess champion. In 1997, IBM’s Deep Blue team took up the challenge and proceeded to beat Gary Kasporov, the reigning world chess champion.

In 2011, IBM waged a similar battle on the TV game show Jeopardy. This time they pitted their Watson Computer against Ken Jennings and Paul Rudder, the all-time top Jeopardy champions. Again the computer came up the winner.

So if computers can win at chess and Jeopardy, are we about to see similar contests between robots and basketball players, driverless cars and NASCAR drivers, or robots and golf champions? More importantly, do we run the risk of automating these sports out of existence?

Yes, we will see many more human-vs-machine staged competitions. But no, this won’t jeopardize the sporting industry. We’re asking is the wrong question.

Even though the human-vs-machine competitions won’t be an issue, there are several possible threats around the corner for professional sports. Here’s why.

The Ultimate Form of Story Telling

Sports have become the ultimate form of story telling. Each contest is a test of the human spirit, with good guys and bad guys pairing off, with great drama, as people test their limits overcoming adversity, to achieve an unknown outcome. And all of this is happening in real time.

As a result, sports have become the ultimate form of fresh content in a world where relevance is gauged by timeliness and hyper-awareness is our competitive edge.

The value of sports broadcasts degrades exponentially faster than virtually any other form of content, so as a result, it assumes center stage as we plan our days. Most media companies view sports as an anchor event around which every other program is scheduled.

But that doesn’t mean the likes of baseball, football, and hockey are immune to change. Far from it.

Over the course of this series we will at many of the looming variables that will dramatically change how we value sports over the coming years. 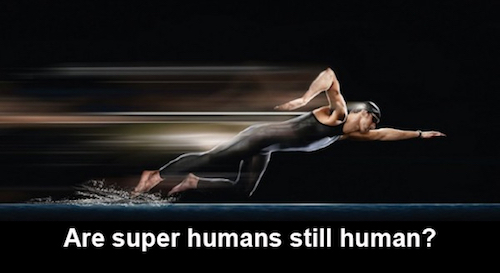 An athletic competition is only interesting if the athletes are relatively evenly paired, and if either team has the potential to win or lose their next competition.

We lose interest in lopsided competitions like America’s 1992 Dream Team with Michael Jordan, Larry Bird, Magic Johnson, and Scottie Pippin facing off against far less-qualified national teams in the 1992 Barcelona Olympics. People may have found it amusing for a few games, but it wasn’t a sustainable business model.

At the same time, teams with superior athletes have an advantage. So it’s in their best interest to do the best possible job of selecting, developing, and coaching each of their athletes.

While there is tremendous improvement being made to sporting equipment, protective gear, and training simulators, we are seeing many instances where technology goes too far. These include everything from performance enhancing equipment to genetically reengineering the athletes themselves.

Oscar Pistorius, with his artificial legs, became the first double leg amputee to participate in the 2012 Summer Olympics where he proceeded to win 2 gold and one silver metal. But this wasn’t without controversy.

Having gear that stimulates muscles, improves field awareness, or adds any unusual competitive advantage, will first lead to debate and later to a league ruling before being allowed or disallowed.

Much like the difference between performance enhancing drugs and legitimate drugs, many hair-splitting rulings will have to be made between acceptable and non-acceptable tools and equipment both inside and outside of the body.

Perhaps the most difficult decisions will have to be made when it comes to genetically engineering athletes from birth. 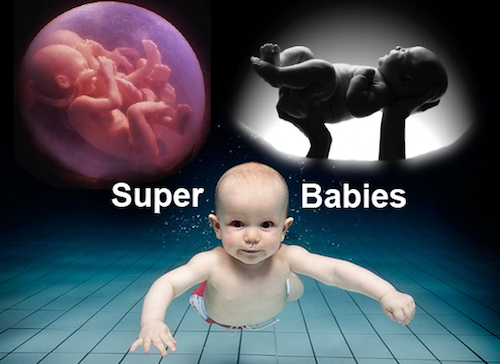 Earlier this year, consumer genomics company 23andMe received a patent for a designer baby kit that would allow parents to pick and choose attributes for their soon-to-be-conceived kids. This was prior to the FDA cracking down on the claims they were making.

But they were not the first. The Fertility Institutes’ clinic in Los Angeles delivered the first designer baby back in 2009.

Designer babies have long been a cocktail party discussion topic with the understanding that the era of “super babies” will soon be upon us, with the prospects of creating bigger, faster, stronger humans.

Will these so-called super-babies grow up to become super-humans? And how long before we start seeing these fully grown offspring entering college and professional sports?

Once we are able to see how different they are, and over time the process for creating them will become increasingly complex, we’ll be faced with some difficult questions? During the ensuing debate we’ll hear questions like, “are they really still human?” and “since they weren’t conceived naturally, do they still have a soul?” and “what kind of grotesque things will 2nd and 3rd generation designer baby morph into?” and “how can we possibly compete against soul-less humans?”

On numerous occasions, officials will have to decide if these new lab-generated super-humans should be allowed to compete. Every decision will weigh heavily on whether people will want to continue watching and participating in the sport.

While it may appear from the outside that professional sports, as an industry, is conducting business as usual, a number of competing forces are threatening the nature of the entire industry.

Over the coming weeks we will be looking at the changing nature of the equipment itself, future types of sports, competing forms of entertainment, the fickle nature of audiences, sports apps, and the ever evolving economies at the heart of this industry.

One possibility I find very intriguing is the rapid rise of video game competitions, and whether they will become part of the future sports industry.

In the end we will probably end up with far more questions than answers, but there is a whole new generation of kids kicking around on the playground wanting to know if their dreams can ever come true. Somewhere in all this there needs to be a ray of hope.