The Disruptive Underground Vs. the Banking Industry 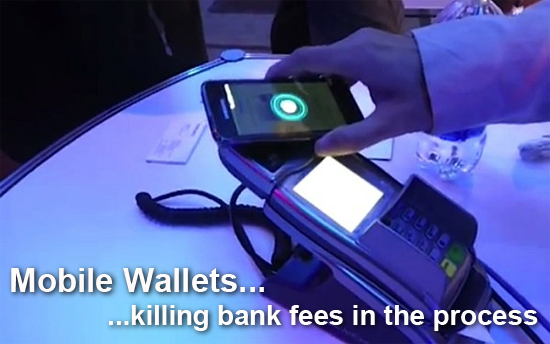 In 1997 Reed Hasting returned his copy of “Apollo 13” to the video store and was hit with a late fee so big that he was embarrassed to tell his wife about it. Out of this moment of humiliation the idea for Netflix was born, a business that would eventually take down the entire video rental industry, and its excessive fee-charging practices in the process.

Today, many young entrepreneurs are looking at the excessive fee-charging practices of the banking industry with the same kind of righteous anger and opportunistic eyes that motivated Hastings. Banking fees in 2011 cost U.S. consumers $29.5 billion, so the stakes are considerably higher than those of the video industry.

However, banking is an industry that has fortified itself with armies of lawyers and centuries of laws to insulate itself from any one person crying foul, so the pilfering continues.

Yet it is in the rubble of these daily fee-hazings, where an estimated 60 million unbanked and under-banked people have been extricated from the system, that we are beginning to see a number of disruptive business models emerge that will soon make these banking practices a thing of the past. 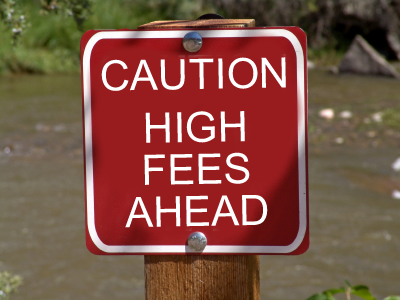 A recent report released by Pew Research on the “Safety and Transparency of Checking Accounts” showed that the average length of bank disclosure statements for a simple checking account were 69 pages long, and the median overdraft penalty fee banks charged was $35.

Also of note, Pew found that all of the banks in their study made it a common practice to reorder withdrawals from highest to lowest dollar amount as a way to maximize overdraft fees.

So where is the line separating fair business practices from those that mislead or confuse consumers? Does it matter if that fee dwarfs the actual costs?

The average household in the U.S. pays 10 overdraft fees per year, but that’s a bit misleading. Fees aren’t distributed evenly and 9% of depositors generated 84% of the overdraft fees. And those fees amounted to roughly three-fourths of banks’ income for deposit-account services.

While banks have gone out of their way to paint the picture of careless consumers who need to be more responsible for their accounts, they have introduced a variety of new services such as electronic banking, ATMs, check-by-phone, and debit cards, to dramatically increase the number of tripping points along the way.

Understanding the 60 Million Left Behind

According to a 2009 FDIC survey, 60 million Americans need to use some form of cash to pay their bills. This demographic is young, minority, poorly educated, and extremely low-income. 80% of these families make less than $25,000 a year, and 40% have annual incomes of less than $10,000.

In this world there are many hidden costs for being poor. The fees they pay for borrowing money, cashing a check, and paying bills are extremely high.

A 2010 Pew study of 2,000 low-income households titled “Slipping Behind: Low-Income Los Angeles Households Drift Further from the Financial Mainstream,” showed how unexpected and unexplained fees such as overdraft charges push consumers out of the banking system.

Half of the study group were banked and they other half unbanked. The study, conducted during the economic downturn of 2009-2010, showed the detrimental effects of these and other hidden fees – 32% left the banking system because of unexpected or unexplained fees.

Hidden inside this group of 60 million people, who have been rejected by the banking industry, lays the disruptor’s keys to revolutionizing the global monetary systems.

For the enterprising entrepreneur, there are three key questions that will need to be thought through as they formulate an offer and entry point for their services: 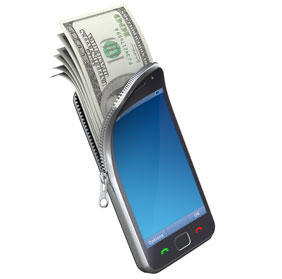 With mobile phones becoming ubiquitous in Africa, significant inroads have been made mobile wallets. Mobile money transfer allows those without a bank account to transfer funds as quickly and easily as sending a text message.

M-Pesa: The most successful of these systems, and the first to operate on a large scale, is M-Pesa, a joint venture between mobile phone giant Vodafone and Kenya’s Safaricom. The M stands for mobile, and Pesa is Swahili for money.

Over 50% of the adult population in Kenya use this service to send money to far-away relatives, to pay for shopping, utility bills, or even a night on the tiles and taxi ride home.

To use the service, customers first register with Safaricom at an M-Pesa outlet, usually a shop, drug store or gas station. They can then load money onto their phone. The money is then sent to a third party by text message. The recipient takes the phone to a nearby store, where they can convert the message into cash.

Xapit: Similar to M-Pesa, Xapit offers users the freedom of doing their banking from any location. Services include the ability to check account balances, transfer funds, pay utility bills, top up their air time, or withdraw cash from ATMs around the world, all without having to go to a bank.

EMIDA: With operations now extending to six continents, EMIDA’s mobile wallet allows consumers to apply cash to their virtual mobile account without requiring an existing bank account or credit card. Account holders can load value to their account and transfer money for goods and services to anyone, anytime, from anywhere. Their vision is to create a borderless user community connected through their mobile wallet.

For businesses in Africa, mobile wallet technologies like these have revolutionized cash flow. They have become successful because they don’t focus on traditional bank services, but instead providing new kinds of financial service to the unbanked.

Mobile phones have become the wallet of choice for the unbanked. GSMA, an association of mobile operators and related companies, says that by 2012, nearly 300 million of the previously unbanked in Africa are now using some form of mobile banking.

Once mobile banking catches on in the U.S., combined with the rapid proliferation of smartphones, the app builders will find new and ingenious ways to protect consumers from bank fees.

48% of U.S. consumers surveyed in April said they are interested in mobile wallets. Of these, 80% expressed a preference for a PayPal wallet, while Google Inc. and Apple Inc. each drew 60% positives. PayPal’s wallet is currently accepted at 16 physical-world chains. The Google Wallet, unveiled last year, can be used for payments at any store that accepts contactless cards. Apple’s wallet works with its proprietary online App Store and iTunes site, as well as its brick-and-mortar Apple stores.

So who will take the lead in emancipating 60 million hard working Americans by creating and promoting a light-weight cash-focused mobile wallet?

While banks and other financial institutions need to be in this emerging food chain, it is far more likely that telecom carriers, payment vendors, money transfer vendors, and the government will push the needle of innovation and take the lead in this sector.

The $30 billion dollars a year currently being syphoned from the U.S. economy through banking fees is a target that is far too attractive for disruptive entrepreneurs to overlook.

With most future transactions being conducted through smart phones, any number of downloadable apps will make it nearly impossible for banks to levy a fee on a personal account.

Yes, banking fees will be with us for many years to come. But their role as a primary source of income for banks will diminish quickly as social networks feed the fires of discontent by showing people “how to fight back” against the evil bankers.

To be sure, there will be many attempts to impose new fees, and the victimization of the less fortunate will certainly not end. But perhaps a small ray of hope can be found along the way, as a few more people may be able to work their way out of poverty.

But in the end, the battle for the bottom will have huge implications for the people at the top.