The Weaponization of Drones 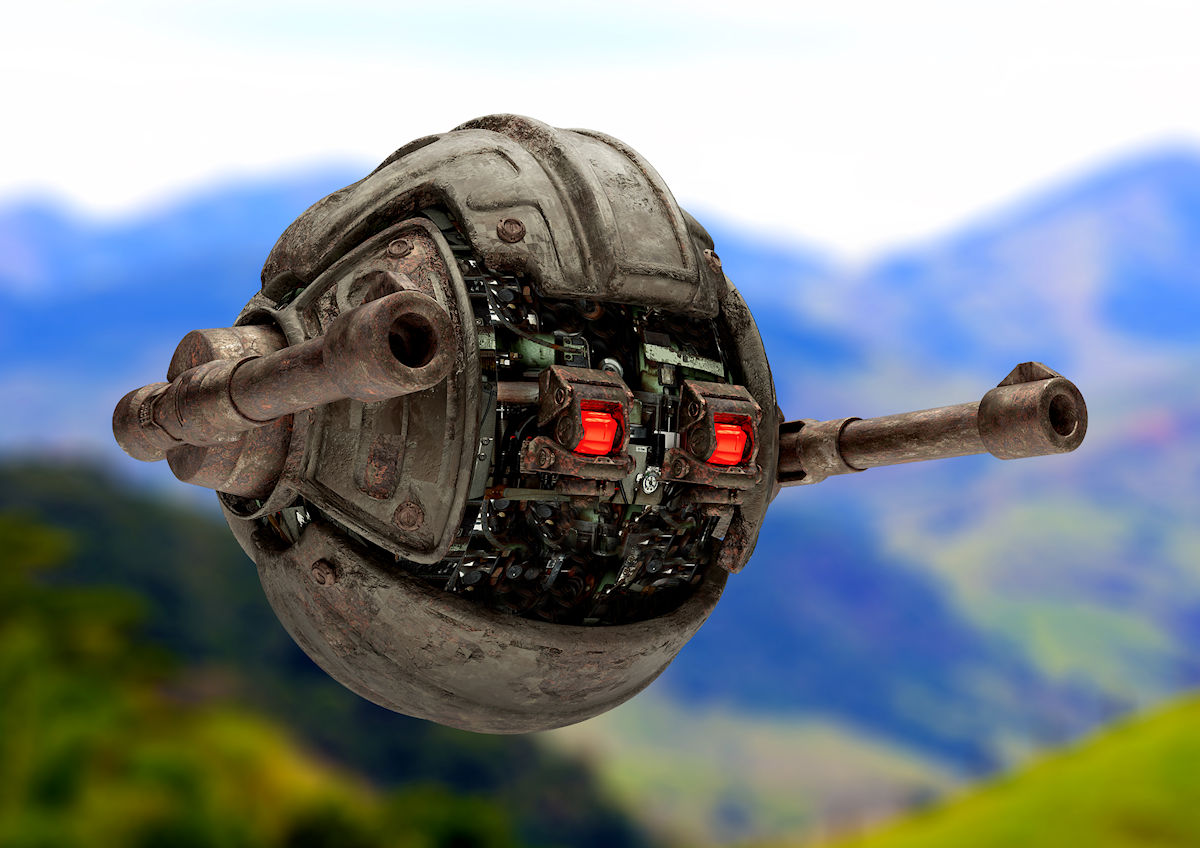 There’s no question our skies are getting crowded. In addition to their use by recreational hobbyists, drones are supporting farming, construction, real estate, deliveries, and nearly every other major industry. They’re also being used for more nefarious purposes like smuggling and illegal surveillance.

A few nights ago, I had a dream about a security drone that dropped out of the ceiling of a store and proceeded to attack a gunman with disruptive flashing lights and noise. This started me thinking about all the ways drones may be used in future security systems.

Two trends are coming together that seem to indicate that in the future, law enforcement drones won’t just be used for search and rescue or crowd monitoring.

First law enforcement and private security are increasingly using drones in threat situations to find and track suspects engaged or suspected in a crime. In some cases, drone dispatching is so fast and automated, that it can have a deterrent effect on a crime in progress.

Second, the armed forces have rapidly militarized the use of drones – for nearly two decades they’ve been used in the Middle East to destroy terrorist targets for example.

Put those trends together and how long will it be before we have the weaponization of drones for domestic law enforcement and private security?

It’s not a huge leap from the today’s world of armed police officers and security professionals to a point where those same officers and guards use drones more proactively – and lethally, perhaps arming them with a gun, taser, laser, or large speakers that emits sonic bursts.

The Current Use of Drones by Law Enforcement

Drones quickly have built a track record of saving lives thanks to their ability to respond to scenes quickly and do methodical airborne searches at lower altitudes than planes or helicopters. Law enforcement drones are accompanied by optical and thermal sensors, spotlights, video cameras, and loudspeakers. Police drones and their operators have saved hundreds of lives.

Over the past decade, several states have considered authorizing police forces to use lethal weapon-armed drones, while others have proposed limiting them to non-lethal weapons like rubber bullets, tasers, or tear gas. Most major police departments around the country, though, haven’t taken steps to arm their drone fleet with lethal or nonlethal weaponry.

In recent mass shooting events, though, it would seem that even nonlethal drone weapons might be advantageous if only to slow down or distract the assailant. The challenge, of course, would be the cost of deploying them in advance in indoor settings, like in the store ceiling in my dream. 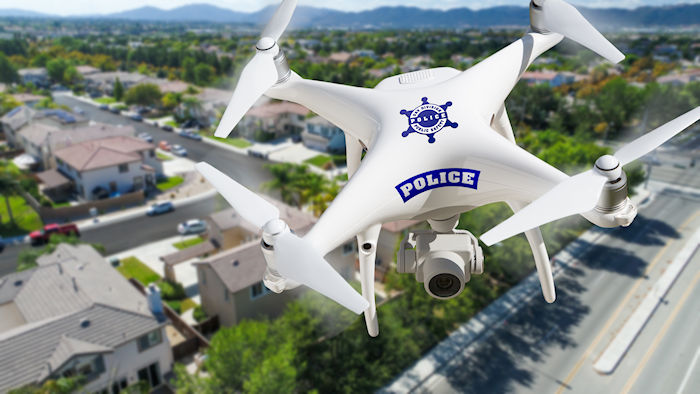 Law Enforcement Trying to Keep Up

Drones with greater range are becoming more commonplace and inexpensive, putting law enforcement, especially federal groups, on the defensive. Environmental organizations have demonstrated how easy it may be to infiltrate the airspace of a nuclear facility using a commonly available hobby drone.

This also raises the question of whether in the U.S., a citizen’s “right to bear arms” includes the right to own a drone that is armed?

In 2019, the Federal Aviation Administration said “no,” in no uncertain terms. The FAA specifically called out the illegality of drones armed with “attached guns, bombs, fireworks, flamethrowers, and other dangerous items.”

Violators are subject to a $25,000 fine. Apparently, word has not gotten around, though, and many of these weaponry/drone hobbyists are posting videos on social media of their creations in action.

Given the potential for this kind of drone lethality or criminal mischief, drone detection is a thriving industry as well. Installations such as power plants, refineries, airports, and military bases have drone detection systems to notify security teams of an unauthorized drone in the vicinity.

A California company now offers a Cloud-based drone detection service that not only will spot a suspicious drone that enters a defined airspace, but it performs a risk assessment of the drone’s possible intentions. If the facility is authorized, the company’s other products can bring down the drone, not with an air-to-air missile, but with a “surgical mitigation” technology that safely brings the drone to earth.

Like most of today’s emerging technology, drones can be used for good and for evil – and there’s some shades of gray in between.