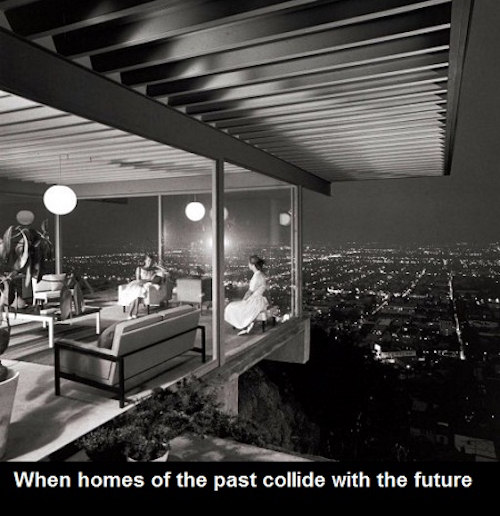 Way back when guys were sporting white leisure suits and “mod” hair styles, I enrolled in my first programming class. In 1973, programmers were introduced to the far less glamorous world of FORTRAN working with machines that churned out punch cards.

Like electricity, computer power was a precious commodity that was closely metered. As a more mature industry, electric power had become a staple of modern living. Even though it was moderately priced, change was coming. The era that began with lighted dance floors and disco balls closed out with oil prices soaring. The cost of electrical power increased and forced what we now see as a constant tension between escalating prices and the customer ability to pay for it.

Meanwhile, the cost of computer power has steadily been approaching zero. Computer processing costs have dropped so much that Wired magazine’s editor Chris Anderson describes it as “too cheap to meter.”

At the DaVinci Institute, the diverging trajectories haven’t gone unnoticed. We began to ask why?

Falling prices have transformed the computer industry. Business users lived through many iterations of the computer before the shifting tectonic plates of change culminated in the introduction of the personal computer. At this point, the home user entered the picture. Faster, smarter and affordable computers began to attract more users, and the industry in turn was all too happy to oblige with more speed and power until the trend reached a tipping point. In a few short years, the industry exploded and suddenly everyone had a personal computer. Then came the Internet and a communication explosion was underway. In mere decades, the PC turned the world on its ear.

While all this was going on, electric power seemed to be left out in the cold. There was no new interface for power and light. The power business moved so slowly it put shareholders to sleep. While focused on ways to generate more power, no one in the industry even pondered creating a better interface. As a consequence, electric power is the same stagnant business it was a hundred years ago. We’re still connected by copper wires to the same lackluster grid our grandparents knew.

With homeowner’s growing dissatisfaction, and an eye on the possibilities stemming from a vibrant online computer industry, a similar scenario awaits the power industry. Despite its leader’s disinclination to change the “status quo,” innovation will be driven from the bottom up, where the digital world meets the physical world. And, innovation will be driven by the creation of a better interface.

Queue Up the Smart House

The smart house has been around long enough that Microsoft has remodeled its entry into the market several times. An interesting aside: There is not a single desktop to be found in the latest version. Microsoft has assumed that computing power, mesh networking and thin LCD and OLED screens will become so cheap and ubiquitous that residents will be able to interact with computers from anywhere in the home. Wallpaper that will double as video displays is currently under development at Phillips. Others in the game include such names as Motorola, LG Electronics, Cisco and Pulte. The state of the art smart home has remote controls for lights, smart security systems, and thermostats that automatically adjust heating or cooling to the arrival and departure of home occupants – all a mere glimmer of what is possible.

Much is in store for electric customers. Homes will soon become an interface to more magic. Not only will the smart home become a key interface for electric power, there will be more sophisticated monitors and controls for water, sewer, trash, air, entertainment, work, security, transportation, and more.

The technology trend will transform the home, creating what will approximate an intelligent organism, a living, breathing life form. Driven by the need to push down utility costs, home innovation will incorporate the hastening advances coming from sustainable energy, electronics and computing.

Using the metaphor of the home as an intelligent organism, it becomes easy to translate it into a form of biomimicry by applying biological principles to it:

Intelligence: Advancements will bring unimagined developments to the smart home. A critical feature driving this change will be intelligence – intelligence that will spread throughout the home environment. We will begin to see intelligence built into appliances, walls, and systems. What will intelligent power look like? How will home life change with the use of intelligent water? When intelligence is added to sewage and trash, how will that make our lives better?

Aware: Awareness is another leap forward. The living house must be aware of its surroundings, its content, and everything flowing in and out of its structure. Awareness will be achieved by adding sensory and monitoring capabilities that extend capabilities both externally and internally. Further miniaturization of circuits will enable more exotic technologies that will profoundly affect our day to day living.

Biological Systems: Appliances will imitate body organs, serving distinct purposes, but carefully crafted to coordinate and serve the function of the larger organism, the home. The outer walls of a house already can be thought of as human skin as it shields us from the elements. But what is in store is an extension of the metaphor. Walls will be sensitive to temperature changes and react to external changes. Walls will be constructed to become alternately porous and protective.

Symbiotic: A living home will form a symbiotic relationship with its occupants. This kind of home offers a superior environment that will enhance human performance and efficiencies, managing the inflows and outflows from both a resource-conscious and human-centric perspective.

So how do we translate the esoteric qualities mentioned above, into an interface that we can begin to implement today? The answer: inputs, outputs, and storage mechanisms.

The smart home will flourish in the same way software applications multiplied. The early PCs were created as a platform for user experimentation. Through this stroke of brilliance, legions of savvy Internet users were invited to come and play. Apple’s iPhone echoes this same phenomenon. You can find a different iPhone application for any of a thousand different uses. Expect to see a platform developed for home-owner experimentation.

Traditionally intelligence has flowed from top down and most products reflected this very narrow view of the world. Today’s innovators have shattered that assumption. Designers are now the end-users who take the clay of technology and mold it into something more personal, functional and sometimes entertaining. Imaginations that appreciate the public’s diverse individuality have become the engines of innovation. People are now allowed to decide for themselves what is important and what is not.

Expect further innovation to follow consumer-defined product demand. Demand will also come from aging Boomers who want automated environmental controls, security systems and lighting. The components of the smart home interface will include:

Current efforts to drive the smart grid forward only make sense if the grid interfaces with smart homes. The smart-grid in its present stage of development is a wired utility coming into the home. At the heart of the smart grid is its ability to form an intelligent network.

A network is an interconnected system of things or people. In general, a network is a system created to improve efficiency and connections. Networks tend to be simple-minded organisms that function well in their simplest form.

Going off the grid has been a tantalizing goal of many, including myself. However, off-gridders perhaps have forgotten about what life will be like being disconnected. The on-grid vs. off-grid debates are certain to continue for many years to come as there are valid arguments on each side. The economy already is playing a role. As demand for new homes remains weak, expect the primary demand for a new interface to come from existing homeowners.

The smart home interface will be a challenge of engineering, a challenge of design, and a challenge of inspiration. Perhaps most important, it will be driven by the desires, motivation, and purchasing power of passionate, well-meaning end-users.