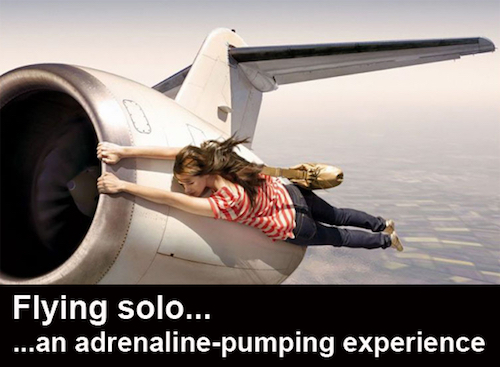 The world was suddenly awakened to the potential for niche markets that appeal to an increasingly diverse consumer marketplace.

In business terms, it gave rise to the notion of online businesses selling relatively small quantities of unique products, yet generating enough income for a person to live without a job.

In 2007, Tim Ferriss pushed this idea several steps further in his book “The 4-Hour Workweek.” Not only can people create their own niche businesses, but they can build it up to something quite profitable and start regaining their freedom.

In 2008, I wrote an article on “The Empire of One” about one-person enterprises that were being enabled by the rapidly evolving communication structure inside the Internet.

In 2009, writer Tina Brown coined the term “The Gig Economy” as she noticed a growing number of young people (one third of her survey group) were working multiple jobs and as freelancers.

Combining the growing freelance mentality of young people with the relative ease of launching a niche online business and we have an explosive trend driving us towards a future of “workerless businesses.” 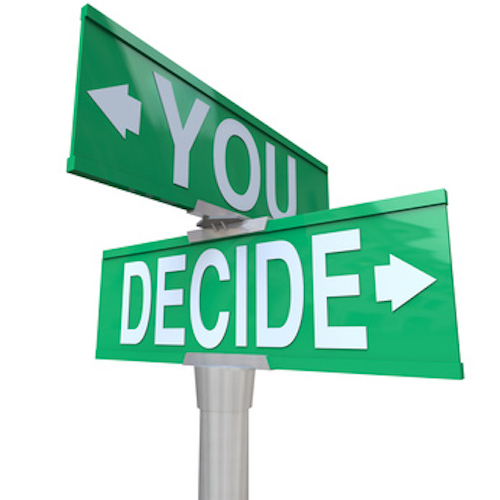 Whenever the economy takes a nosedive, it is typical for people to begin to dance with their “inner entrepreneur” and brainstorm ideas for launching their dream business. But today’s business climate no longer allows for people to wait for the ideal time or prefect conditions to make it happen.

When nothing else is working, they decide it’s time to blow the doors off their “comfort zone” and enter the “entrepreneur zone.”

Forced entrepreneurship often starts with project work, temp jobs, consulting gigs, or other opportunities for making money. Sometimes the work is done as a trade-out to just get a foot in the door. Very often one opportunity will lead to another, and a patchwork business plan begins to form in the person’s mind. Formal business plans are rare, but the key metrics for managing the operation begins to crystallize in their head.

The Internet is now enabling people and ideas to connect in ways never before possible. The business models that eventually spring to life often have little, if any, resemblance to their original idea for a dream business. But the fluid nature of the startup world is more than enough to keep them engaged.

To succeed as a forced entrepreneur, bootstrapping is king. They quickly learn to never spend a dime unless it is absolutely necessary. Their skills, talent, and ideas become a form of currency that they can exchange for equally valued goods and services.

Building an “Empire of One” Business

An Empire of One business is a one-person (sometimes married couples) business with far reaching spheres of influence. Typically the business out-sources everything – information products marketed and sold online, or products manufactured in China or India, sent to a distribution center in the US, with customers in the UK and Brazil. Manufacturing, marketing, bookkeeping, accounting, legal, and operations are all handled as part of “the gig economy.”

Yes, much of this has been done before, but a person’s ability to leverage people and products across country lines in a below-the-radar fashion, and still maintain control of a vast and virtual empire is refreshingly new.

The Empire of One business model is one with great appeal to former corporate executives with global contacts and good ability to manage things remotely. With improving economies and Boomers searching for meaning and significance in their lives, we are about to see an exponential increase in these types of businesses in the years ahead.

According to Gallup, 32% of Americans aged 18-29 are underemployed or unemployed.

Elance, a site at the heart and soul of the gig economy, helping freelancers find their next gig, has seen dramatic increases in projects in turmoil-countries like Greece (up 122%), Spain (up 142%), and Egypt (up 147%) over last year.

A recent survey by The Guardian showed that out of 112,179 vacancies advertised in Britton in February 2012 only 52% were for long-term positions.

In Dec of 2011, the Guardian reported an additional 166,000 Brits became self-employed over a three-month period, an increase of 4% percent. This meant that a total of 4.14 million people in Britton were self employed, the highest since records began.

Going from Freelance to Empire of One

Transitioning people from doing piece-meal freelance work to running their own stable of freelance workers is still not well-defined. But the first step is finding a niche product or service to work with.

People typically do a lot of soul-searching to uncover something they’re passionate about, and somehow stumble upon their core concept.

Recently, a seasoned entrepreneur and good friend of mine in South Dakota told me about one of his recent ventures.

“I had a good opportunity to go into the specialty tire business and the numbers looked great. It had a tremendous upside.”

Many of those who have carved out a successful “Empire of One” business of their own do not spend much time promoting their success. They quietly go about their business and dedicate most of their efforts on gaining publicity for their business, not for themselves.

That said, here are a few people who have launched successful one-person enterprises:

1.) Airline Advice Business – Gary Leff is a CFO for a university research center who used his Frequent Flyer Miles to travel all over the world in First Class, and his friends kept asking for advice. Almost on a whim, he decided to launch a basic website offering the service of booking travel awards for a fee. His service is something that people could do on their own for free—but plenty of people don’t know how it works or just don’t want the hassle of dealing with airline call centers. This “side business” now brings in more than $100,000 a year.

2.) Diet-Master Business – Jason Glaspey was a follower of Paleo, the controversial diet that is both loved and ridiculed. Jason noticed a common problem among fellow devotees: because of the requirement for regular shopping and planning, Paleo was hard to follow on a regular basis. So Jason created Paleo Plan, a membership site that offers shopping lists and ongoing guidance. The goal of Paleo Plan is to keep its customers on track, with detailed shopping lists and ongoing recommendations. The project now brings in more than $5,000 a month.

3.) Snowboard Guru Business – Nev Lapwood is a snowboarding instructor who created a set of instructional DVDs that are now sold around the world. Nev had a good business model almost from the beginning. The business now produces more than $240,000 a year in net income.

4.) Blogging Business – Steve Pavlina runs a blog named after himself, StevePavlina.com. The site was launched in 2006. By 2008 he was earning well over $100K annually from Google AdSense, but made the decision to drop all the ads after becoming uncomfortable with the companies he was, by default, endorsing. He now earns considerably more by promoting only the products and services he personally endorses.

5.) Documentary Business – Luisa Dantas raised $28,049 from 236 backers on KickStarter for her documentary film Land of Opportunity, which tells the stories of a diverse group of people as they struggle to rebuild post-Katrina New Orleans, highlighting issues that plague many American cities. The film uses personal stories to engage viewers with complex problems such as affordable housing, immigration, urban redevelopment, and economic displacement. 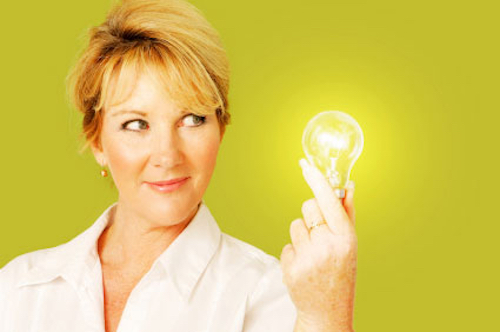 The appeal of creating a workerless business goes far beyond what anyone else can offer you. Here are a few of the more desirable traits compelling people to take the leap.

Currently no one is offering training for this type of business enterprise. It is both a business for pioneers and daring risk-takers, and a logical extension of our current business culture.

Any startup business can be as simple or complicated as you wish to make it. But there are many advantages to keeping it simple.

In addition to the issue of flexibility and self-control, workerless businesses tend to fly below the radar. In our super-litigious society, a business’ ability to avoid legal challenges is directly related to its odds of succeeding. Beyond the monetary costs, litigation extracts an emotional toll that has ruined the lives of countless aspiring entrepreneurs. For some, a lawsuit resistant business may be its most appealing feature.

For others, the elimination of human resource responsibilities is the key. In the U.S. more and more laws are added every year governing the employer-employee relationship. A workerless business has no employees – potentially many contractors, but no employees. The business adds or subtracts contractors according to the needs of the business, and since it is not providing a place of employment, very few laws apply.

Since no colleges or universities are currently teaching one-person entrepreneurship, the DaVinci Institute is taking a serious look at developing it. If this is a topic you’re interested in, please let us know. We’d love to loop you in as we develop our plans for the future.