The Future of the Cultured Meats Industry in 2040 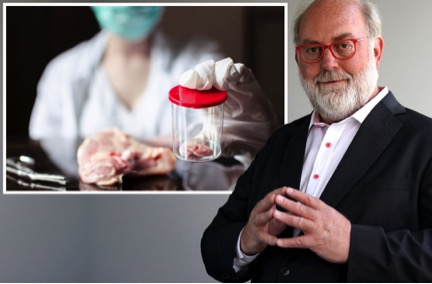 Futurist Thomas Frey speaking on the future of cultured meats.

Since I do many talks on the future of agriculture, I was recently interviewed by the Feedinfo News Service as part of their 20th Anniversary Edition.

In this interview they asked me to help them think through what the cultured meat industry would look like 20 years in the future.

To give you some background on this emerging industry, a 1998 U.S. patent filed by Jon F. Vein laid claim to the “production of tissue engineered meat for human consumption, wherein muscle and fat cells would be grown in an integrated fashion to create food products such as beef, poultry and fish.”

In 2008, PETA offered a $1 million prize to the first company to bring lab-grown chicken meat to consumers by 2012.

In November 2009, scientists from the Netherlands announced they had managed to grow meat in the laboratory using the cells from a live pig.

In 2010, Google co-founder Sergey Brin’s family foundation reached out to Dr. Mark Post to support his efforts in developing cultured meat. They also encouraged Mark to create a huge media event where the first cultured hamburger would be tasted, supporting the costs of the research and the event.

In 2012, a total of 30 laboratories around the world were conducting cultured meat research.

FNS – To what extent in the next 20 years will cultured meat potentially traditional impact livestock production, and by extension animal feeding? Will industrial livestock and meat production find itself at a significant cost disadvantage?

Futurist Thomas Frey – A good analogy to this is ecommerce. It has taken ecommerce a full 25 years to reach 10% of all retail sales in the U.S. In the late 1990s, many were predicting the demise of physical stores altogether, but that hasn’t happened. The transition of ecommerce speaks to our human ability to make a transition and adapt to something new. It will be the same with the meat industry.

My sense is that cultured meats will start out as a novelty and quickly make their way into a variety of new kinds of foods that currently don’t exist – meat chips, meat candies, meat desserts, etc.

Rather than competing head to head with the existing industry, there is a golden opportunity to open up new markets with unusual meats like wombat meat, penguin meat, or bumblebee meat.

Other new markets will be things like kosher meats, vegan meats, non-GMO meats, and vegetarian meats.

I would be surprised if cultured meats grow to more than 10% of the meat market by 2040, and I only see half of that affecting our existing livestock and meat production. The rest will come from opening new markets.

Yes, our existing livestock and meat production will find itself at a significant cost disadvantage. Live animals are far more work than non-living organisms, but it’s not clear how much processing and production work will still be required for cultured meats.

It’s also important to ask how long before we reach “peak cultured meat?” I certainly can’t imagine it will ever reach 100%, so at what percentage will it peak, and how long will that take?

FNS – Which sectors will be the most affected by 2040: farmers, veterinarians, slaughterhouses, processing plants? And what about in our industry: the feed suppliers and feed additive companies, or the animal drug industry?

Futurist Thomas Frey – Cultured meats will have a cascading effect on other industries, but it will take time. Perhaps the biggest mistake will be to over-anticipate its affect in the near term.

Over time it will affect demands for feedstock, water, acreage for grazing, hay, veterinarians, animal medications, trucking, auction houses, auctioneers, slaughterhouses, processing plants, western wear, horses, 4H competitions, feed suppliers, meat inspectors, feed additives, FDA personnel, animal drug industry, and the overall demand for ranchland. But all this will take time and during these decades of transition it will be the perfect time to discover new opportunities.

FNS – What will be the market drivers of the cultured meat sector in 2040?

Futurist Thomas Frey – After the initial “race to be first” – first cultured bison, first cultured swordfish, first cultured rattlesnake in the mid-2020s, I expect we’ll see a period where people will try to “grow their own cultured meat farms,” followed by an underground movement of people attempting to design “super hacker foods.”

This will also give rise to a new snake oil era where people will claim their special concoction of cultured meats are a cure for everything from melanoma, to depression, to dyslexia. Will cultured meat infused with cannabis make you more calm and relaxed? Maybe!

Cultured meats will be developed for non-edible materials similar to leathers, plastic, and rubber. Think in terms of exotic materials such as tarantula skin seats, hedgehog jackets, and anteater shoes.

Over time we will develop designer materials from the stem cells of famous people. If you can imagine George Clooney handbags, Scarlet Johansen furniture, Stevie Wonder lampshades, or Drew Barrymore wallets, you’ll get the picture.

Cultured milk derived from mother’s cells will be considered far superior to other baby foods. These products will compete directly with today’s baby formula industry. Cultured blood will cause today’s blood bank industry to disappear.

Cultured baby’s blood, or ‘young blood’ with its anti-aging properties, will pave the way for a variety of “cultured” anti-aging products. Before long we will see cultured hair cells to regrow our hair and cultured skin cells to remove our wrinkles. The fountain of youth will be springing to life in a way we never anticipated.

FNS – Do you think there is a future for “cultured animal feed” production?

Futurist Thomas Frey – Very definitely. This is still an emerging field with incredible opportunities. As we add more and more sensors to our bodies, we’ll know instantly what affect the food has had on us. Expect to see lots of experimentation on trace elements, protein engineering, and rethinking our individual microbiome.

FNS – Will the concerns of today linked with animal production (pollution, antimicrobial resistance, animal welfare, food poisoning…) have disappeared from people’s mindsets by 2040?

Futurist Thomas Frey – By 2040 the lifecycle of this “cause” will have waned, but there will be new concerns over things like unexplainable cultured meat diseases that have never been seen before, hereditary shifts happening because of our new diets, and vocal alarmists over the long term effect of eating “frankenfood.” 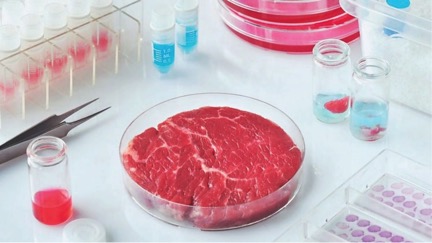 How will cultured meats change your diet?

FNS – How do you picture the feed mill of the future?

Futurist Thomas Frey – With the increasing fear of fake news and fake data, most consumers will rely on their own testing devices to sort through a product’s efficacy and value. For this reason, many of today’s concerns over topics like GMO, organic, or responsibly farmed foods, will be replaced with apps used for “certified testing” and managing “personal markers.” The work happening at today’s feed mills will be largely invisible to the end users in the future. That said, food production will continue to evolve and much of the work done at feed mills will get absorbed into the cultured meat production facilities. Many of these “meat labs” will evolve into sophisticated research facilities where many of tomorrow’s grocery store products will be born.

FNS – What will be the jobs of the future in our animal nutrition sector?

Futurist Thomas Frey – New age cultured meat producers will become known as “vat farmers” (or something similar). Each production facility will be run from a central control room with constant monitoring and testing to guide the overall quality of the product. Consumer data, in turn, will drive this, from the body sensors of those who consume the products. For this reason this emerging new industry will be run by lab techs, data analytics techs, control room monitors, account managers, salesmen, delivery people, and the grunt workers filling and cleaning the vats. Over time many of these tasks will become automated, but it will be many years before the jobs become refined enough for significant automation to take place.

FNS – Is artificial intelligence THE key to feeding a global population of 9 billion+ people in 2040 in a sustainable manner?

Futurist Thomas Frey – As the global economy improves, worldwide demand for food will continue to increase. At the same time, we are moving towards far more hyper-individualized diets, with far more concern over our individual health and well-being. The amount of data the food industry will be dealing with is about to explode exponentially, far exceeding any individual’s ability to make sense of it. That’s where AI comes into play. However, AI will only be part of the answer. I think of AI as an additional tool, not a replacement for workers.

There’s an adoption cycle for every emerging technology and cultured meats are no exception. Reduced environmental stress surrounding ranches, feedlots, and slaughterhouses, coupled with a cleaner, faster, cheaper, and superior food source are all marketing points that will move the needle quickly.

Even some of the large companies in the meat industry are beginning to take notice. It was reported in December that mega processor Tyson had opened a $150 million fund to invest in startups that are preparing for a meatless future.